Screwing up my plants ... I think I figured it out.

I could not figure out what I have been doing to screw up my plants. They seemed to be growing great but when they got bigger seemed to be suffering from lack of water. The leaves were drooping and I could not figure out what was up ... I responded the wrong way by giving them MORE. I am now seeing a calcium block with the leaves getting brown spots on them. I tried reading and looking at pictures to figure out and solve the problem but it took hind sight to make it clear to me, well that and reading this again

I suggest if you have issues read this thread ... twice. Even though the information was there when I read it the first time I did not understand until later when the plants showed a calcium block. I read through the information again and this popped out at me and it was there all the time!!!

snip from the thread above

" Now for having too much nitrogen in your growing mediums or soil. The plant will have like an overall DARK green look and have delayed maturity. Due to Nitrogen being involved in vegetative growth, to much nitrogen will result in tall plants with weak stems. New growth will be very lively and plant transpiration will be high, but not always. Nitrogen toxicity can be seen when there are very very dry conditions almost as if there was a drought, which may show a burning effect. If you give your plants ammonium based nutrients they may show NH4+ toxicity, which will show a smaller plant growth and lesions that occur on stems and roots, leaf margins that will roll downward. Also the big fan leaves will have "the claw" look. The tips will point down but the leaves will stay up as if when you bend your fingers downwards. Leaves can be twisted when growing... mainly new growths. Roots will be under developed along with the slowing of flowering. Yields will be decreased, because to much nitrogen in early stages of flowering slows down bud growth. Water uptake is slowing down from the vascular breakdown of the plants as well. Too much potassium and nitrogen will lock out calcium as well."


I know this is my problem now

Thank you 420
My journal


"Why use up the forests which were centuries in the making and the mines which required ages to lay down, if we can get the equivalent of forest and mineral products in the annual growth of the hemp fields?" - Henry Ford

Here are some images to help you "see" what Happened

This was early on. I knew I was screwing up. The one on the left is suffering from too much nitrogen. It has the exact look described above the "claw" look. I am sorry #1 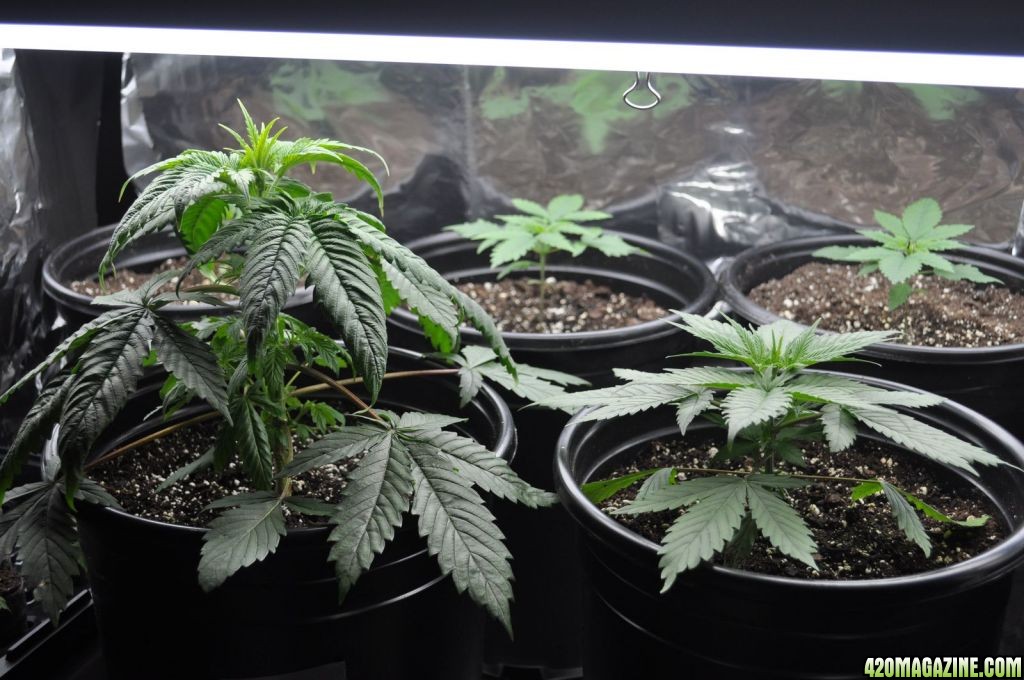 now I have to try to turn the ship around. I hope I can before I destroy what I have now!
My journal


"Why use up the forests which were centuries in the making and the mines which required ages to lay down, if we can get the equivalent of forest and mineral products in the annual growth of the hemp fields?" - Henry Ford

M
Can't figure this girl out?

I'm Really Worried About My Girls