Delivered on official letterhead from Mayor Ed Murray, the city demands that businesses engaged in "major marijuana activity," involving more than 45 plants or 72 ounces of dried marijuana, obtain a license from the Washington State Liquor Control Board (LCB) or shut down by July 1, 2015. However, the state legislature failed to create a licensing system during its 2014 session, leaving the issue unresolved until lawmakers take it up again next year.

"Patients are counting on these businesses to provide the medicine that they need," said Kari Boiter, Washington State Coordinator with Americans for Safe Access, the medical marijuana advocacy group that launched the Health Before Happy Hour campaign. "It's inconceivable that the City of Seattle would issue an ultimatum, affecting thousands of sick and vulnerable residents, without offering any reasonable alternative," continued Boiter. "Forcing patients to rely on an ill-prepared and inadequate adult-use market is an abysmal public health policy."

According to city records, nearly five percent of Seattle residents are medical marijuana patients, an estimated 25,000 people. At the time Seattle adopted its law requiring medical marijuana businesses to be licensed by the state, more than 100 dispensaries were legally operating in the city. By contrast, roll-out of Washington's adult-use marijuana law, has been fraught with problems and delays. For example, the LCB has licensed just 65 adult-use stores in the entire state, and only five of those are in Seattle.

"Countless patients who rely on my services will have nowhere to go if my shop is shut down," said Karl Keich, owner of Seattle Medical Marijuana Association and steering committee member of ASA-Washington. "I have paid more than $150,000 in taxes to the State of Washington and thousands more to the City of Seattle," continued Keich. "Not only will this revenue stream be cut off if the city's plan is implemented, it will also put nine employees out of work."

The Seattle City Council sent a letter to Governor Inslee and state legislators in September of last year, claiming that if "access to medical cannabis continues, the goals and potential of Initiative 502 will be undermined." The council letter went on to say that this could be avoided by "combining the general adult cannabis market and the medical cannabis market into a single, regulated system." More recently, City Attorney Pete Holmes opined in May that folding medical marijuana businesses into the adult-use system was "crucial" to the success of Initiative 502.

The state legislature passed a bill in 2011 to create a regulatory framework for medical marijuana businesses that many patients favored. However, after being threatened with federal enforcement by the U.S Department of Justice (DOJ), Governor Christine Gregoire vetoed important provisions of the law. The DOJ then issued guidelines two years later, in August 2013, demanding that state legislatures adopt strict medical marijuana regulations. Further information: Cease and desist letter sent by the City of Seattle to medical marijuana businesses: Seattle-MMJ-letter-and-Tips 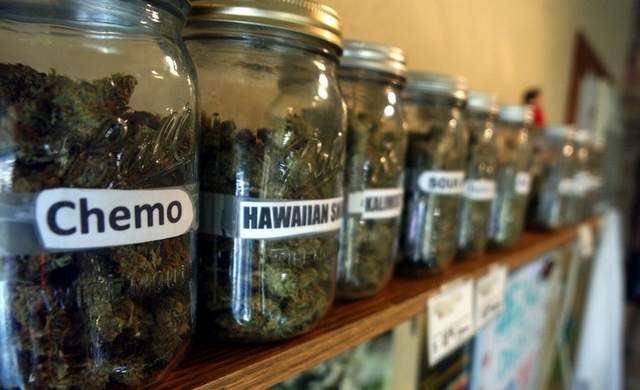 who names a strain chemo.. wth

this will be interesting, will be paying close attention come march 2014.

im expecting washington to try and get a state registered list of all patients, and facility's.
as well as plant reduction
and dry oz reduction

Well, for starters, various MMJ strains help with treating the severe nausea and pain involved with chemotherapy, one named "chemo" might, ummmm, be more recommended for people going through cancer treatments, for example?

"However, the state legislature failed to create a licensing system during its 2014 session, leaving the issue unresolved until lawmakers take it up again next year."

Okay, it's obvious that Gfcollective has created a strain that can take you back in time. And I, for one, would like some of that.

i obviously ment 2015.. that 4 just happens to be right next to that 5. My strain has yet to be released. Still picking the right father to cross with my sour tsunami.

Well, for starters, various MMJ strains help with treating the severe nausea and pain involved with chemotherapy, one named "chemo" might, ummmm, be more recommended for people going through cancer treatments, for example?
Click to expand...


Im well aware about how Cannabis HELPS with chemo. there are several strains that help with severe nausea and pain management, as well as aiding in sleep and appetite all things that all chemo patients need.

and many others are not exactly names that look good inside a facility trying to go main stream.

ill just leave it at that. sorry i offended you for questioning a strains name that would and is offensive to many including myself.

i treat people with the plant to get them away from chemo, not make them keep buying something that makes them think of what they went through because of lies. sorry again.

I purchased some Green Crack once that was majorly excellent... but it disappeared, never to return. I think we should all take a moment of silence to sadly reflect on all the killer strains that have come into our lives -- two ships intimately passing in the night -- only to disappear, never to be heard from again. (Miss you Grand Platinum!)

And please, Gfcollective, quit apologizing for having an opinion. Turns out, you're both right about the Chemo.