The ordinance, passed unanimously with Councilmember Nick Licata absent, will take effect 30 days after being signed by Mayor Mike McGinn, who has been supportive of the medical-marijuana law.

The ordinance was in part the result of meetings between city officials, including City Attorney Pete Holmes, and members of the medical-marijuana community. They gathered last month to talk about what is allowable under state law, which is dramatically changing July 22, because of Gov. Chris Gregoire's partial veto in May of a proposed landmark bill that would have legalized and regulated dispensaries and grow farms

Her veto made dispensaries, which have boomed throughout the state in the past two years, clearly illegal. But she also authorized new 45-plant "collective gardens" for up to 10 patients at a time, clearly establishing for the first time a right for patients to band together in growing collectives.

The new state law suggests that, by rotating several of the 10 patient memberships in each garden, medical-marijuana operations would be able to have large customer bases, Seattle defense attorney Aaron Pelley said at the meeting.

More than four dozen dispensaries have Seattle business licenses, with at least a dozen more underground, according to city staff.

Over the next several months, Seattle will consider further regulation, including possible zoning restrictions that could channel collective gardens into commercial or industrial zones, Councilmember Sally Clark said earlier this month. Staffers were researching current zoning rules for gardens, farms and pharmacies.

Seattle's embrace of medical-marijuana dispensers puts it at odds with neighboring cities and likely makes it a magnet for providers pushed out of Shoreline, Kent, Federal Way and others. Kent is expected to hold a hearing on a proposal to ban dispensaries Tuesday. 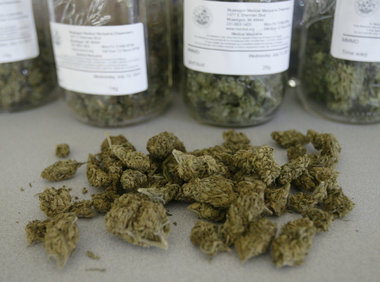