The strain, Segerblom Haze, debuts Friday at Euphoria Wellness, 7780 S. Jones Blvd., with a THC level of 27 percent, making it the dispensary's second most potent strain. Tetrahydrocannabinol, or THC, is the active compound responsible for the marijuana high.

"Sen. Segerblom really has been the father of medical marijuana here in Nevada; he has fought the battle," Euphoria spokesman Jim Ferrence said. "He has proven to be quite potent on this issue and I'm sure that was in the back of the growers' minds when they were producing the strain."

Segerblom Haze is described as having an "energetic and uplifting effect" and is designed to stimulate appetite while reducing the effects of nausea. It also helps alleviate anxiety and stress.

Ryan Breeden, CEO of Deep Roots Harvest in Mesquite, which is cultivating the new strain, thanked Segerblom for his trailblazing efforts on the medical marijuana issue.

"We hope this strain brings peace, comfort, and happiness to thousands of patients here in Nevada,"​ Breeden said in a statement.

Segerblom, who championed the medical marijuana cause in the 2013 Nevada Legislature, said he agreed to have his name on the strain to help wipe out negative perceptions about marijuana.

"I want people to be less afraid to try it," he said. "It works, it does miracles, and the industry is doing very well."

But don't expect Segerblom to try the marijuana that shares his name. He doesn't have a medical marijuana card and doesn't smoke. He does, however, plan to be at the dispensary Friday morning when Segerblom Haze goes on sale. 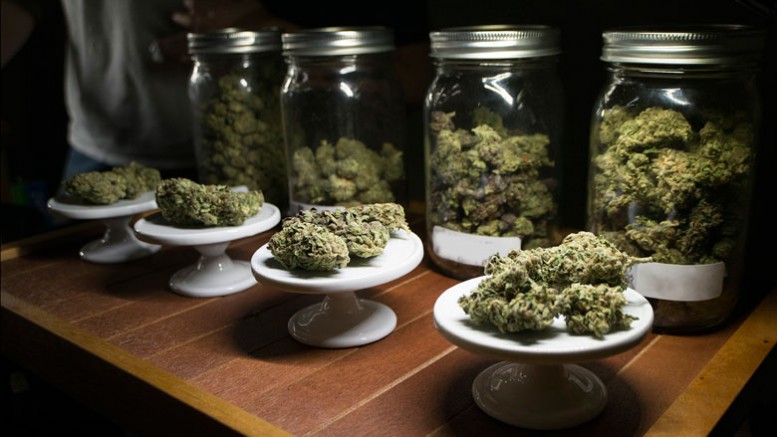