Grass is getting greener in the Maryland General Assembly, as more lawmakers seem willing to vote in favor of changes to the existing law.

Political reporter Pat Warren has more on a Senate vote on marijuana.

Some of the most emotional testimony in Annapolis this year has centered on marijuana. It comes from people who use it for medical reasons:

"These are not hippie potheads," said Senator Jamie Raskin.

It also comes from people who have been arrested for traces found in their cars:

"Do we want people serving time in jail or being wrapped up in the criminal system for just having small amounts of marijuana?" asked Senator Bobby Zirkin.

The Senate Thursday voted unanimously that caregivers whose patients qualify for medical marijuana can be exempted from fines and jail time.

"They have the right also to an affirmative defense in court if they were prosecuted for helping the person use marijuana," said Sen. Raskin.

Senator Zirkin's bill makes possession of marijuana a civil rather than criminal defense for 10 grams or less.

"About one of two marijuana cigarettes and that's it," he said.

Decriminalization and medical use are seen as two very different issues.

"Maybe the citizens of Maryland want it. If they want it, put it on a referendum. Don't come back every year and incrementally move that way without a vote of the citizens," said Senate Minority Leader E.J. Pipkin.

The Senate votes on the civil offense bill Friday.

A bill legalizing the sale of marijuana will be heard in a House committee next week. 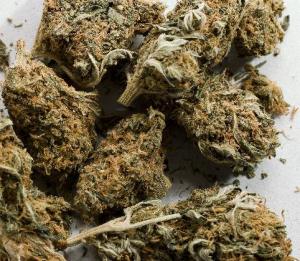