There are a couple of classic strains in the global world of extra potent marijuana that have been around for a very long time, fascinating both growers and smokers with their superb qualities, having reached a legendary status. Ak-47 for sure is one of these outstanding evergreens, besides e.g. Skunk#1, Northern Lights, Haze or White Widow. For Simon, master breeder of Serious Seeds, finding the unique AK-47 genetic profile was the rare case of a ?lucky punch? every cannabis seed breeder dreams of. In 1992, after having tested thousands of experimental plants of different breeding lines, he finally achieved his goal of creating a high-quality sativa/indica strain with excellent overall properties and a lot of charisma - the AK-47 was born. Although Simon keeps the exact pedigree of AK-47 as a secret, like the composition of Coca Cola, he reveals that it was bred from Colombian, Mexican, Thai and Afghani seed stock, resulting in a 50:50 indica/sativa hybrid.

After having finished a new strain and releasing it to the market, Simon uses to keep on working on the genetic formula and partly rebuilds the strains after some years by using previously unused material within the same genetic line as new parent, thus refreshing genetics. The trade-mark characteristics of the strain are basically maintained thereby, only the accents are shifted a little bit. This practice is the reason why Simon`s small, but exclusive seed collection never loses its fascination and dynamics. Imagine for example that during your breeding proces you choose from each generation the shortest, fattest, mostly kick-ass plants for next parents all the time. Indeed, the % stays the same whatever plants you choose, but the plants effect and looks will be more what we call indica like. Such is the case more or less.

On the whole, AK-47 has won 8 prizes, covering a time period of one decade! Forever young could really be the motto of AK-47.

With its currently predominating indica characteristics, AK-47 tends to grow to a medium-sized plant with only moderate side-branching, making for a large fat main cola along with several excellent secondary tops. Hence the overall yield can be way above average, Serious Seeds declares 350-500 g per m2 as achievable under good indoor conditions, after 53-63 days of flowering - which is a pretty good time deal, regarding the AK`s outstanding qualities in both high and aroma. AK leafs are dark-green, showing more of the indica spectrum, but not as wide as full indica leafs. What is remarkable is the fact that also after the latest indica approach in the AK breeding process, Simon managed to maintain that sativa-tpyical high calyx-to-leaf ratio which means lots of flowers and only a few leafs. The single AK calyx size tends to be unsually large, resulting in fat clusters grouping together very decoratively and densely, contributing to the trade-mark appearance of AK-47. These fluffy, compact nuggs ooze lots of glistening trichomes and break up nicely, leaving plenty of resinous crystals on your fingers, unleashing an unusually strong, sweet and fruity aroma.

The AK`s name shall by no means be understood as being aggressively intended or following any military tradition, but rather express the special effect that sets in when one smokes the AK, sometimes proving as a real one hit wonder, made possible by a THC content of 20% (measured by an independent laboratory). Apart from that, the high is also very complex, clearly pronouncing elements of both sides of the cannabis spectrum. But as the indica aspect is presently predominating the AK, first of all it quickly provides a heavy, long-lasting stonedness. However, there`s still also enough sativa power to parallely effect a cerebral up-high that prevents the smoker from ?getting totally hypnotized? or even falling asleep. The taste is spicy-sweet, not harsh at all, sometimes with a slight sandalwood undertone ? on the whole, satisfying any connoisseurs' taste.

The AK is famous for extraordinary results on hydroponic mediums, as reported by many international growers, and has also been successfully grown outdoors in Spain in the past. In any case, it will perform very well in a greenhouse, ripening from October 15 till 31. According to Serious Seeds, AK-47 clones should be kept in the vegetative stage for 5-10 days.

Like many other evergreens, AK-47 has been adopted many times by other seed banks, and either been used as component for creating a new strain or just been plainly copied. But one thing is for sure about Serious Seeds`AK-47: You can`t beat the real thing!

Hope its okay to reply here! i have been growing nirvana's AK48 for the past couple of years, which everyone seems to enjoy but i can never find much info on the genetics. i have read that nirvanas is supposed to finish a little earlier and that is about the only difference. pretty much fits the above description. but I grow outdoor with yeilds of about1/2 pound per plant or much more if you start before june. i have never tried serious ak i was just wondering if there is much difference cuz i am a big fan of the 48. any info?

AK48 is a variation on the AK47 - I don't know too much on the breeding. A lot of breeders ahve variations like this, mostly unstable variations. The best AK47 is the Cherry pheno - very rare.

Cherry AK? I would love to try that out! Seems like i have seen that at a seed bank somewhere. i have noticed when growing from seeds, some of these Ak48s take on more of a Tall but bush look but others take on a short and busy look. I have also had one hermie last year...maybe caused by unstable conditions(parking lot lights) maybe not. Probably hear this all the time but thanks for the reply i have read a lot of your posts before signing up very full of useful information! I wouldn't be suprised if i found out you had your own book on growing out there somewhere!
2008 AK48 Outdoor GRO
G

I will dig out the book, the ak48 is not anything from the ak47. The info i have is all quoted from breeders and they didnt even use the same genetics. Not saying the ak48 is bunk, never tried it. There is NOTHING like ak47 from serious seeds. Its FUCKING serious. No i dont work for them, i wish....
The conspiracy is no longer a theory

cool. i would like too hear any info! if it nothing like ak why the hell would they name it ak 48? thats seriously misleading! yes it is great bud! this is my second year growing it! last year people claimed they were getting addicted to the 48!
My outdoor plants this year are looking pretty good although i am worried about seeds! from reading all the descriptions of ak47 it sounds pretty similar to the 48!
how it smokes? i cant remember personally, i enjoy growing much more than smoking. last year i smoked a half of a joint trying to get used to it and my girl ended up smoking some too. To make a long story short, she thought she was going to die and called the ambulance, then she thought they were gonna hurt her! Cops ended up at my house! Just thought i would mention she was taking Tramadol(ultrams) too. Haven't smoked since them cuz the paranoia! Big Brother is Watching You! LOL! I used to smoke alot of weed when i was 16-20 to tell you the truth the 20g shit i have smoked before was a little better. not sure what some of it was but some smelled of diesel and some like medicine. I do not think it reached its full potential due to the choppers made me snatch and run a week early! overall many people said it was the best they have had! some said it was some of the best. Very sweet smelling, dense and crystallishous! 1/2lb or more per plants started late june
Honestly I am dieing to hear more info on this strain but I dont know where else to look!

also i would like to say this forum is the shit! people seem so friendly here! i also frequent CC forums which is full of good info but the people don't seem as friendly! especially for newbies. What some people don't realize is that some people my visit a forum for years and not sign up.
2008 AK48 Outdoor GRO

Here is a few pics of my ak48 taken 2 or 3 weeks ago. Some people think they can tell what strain it is by lookin at it. Probably more likely if you have grown it before the in the first two pics the buds are dark purple.
Hey Growrilla! Did you ever "dig out the book"? 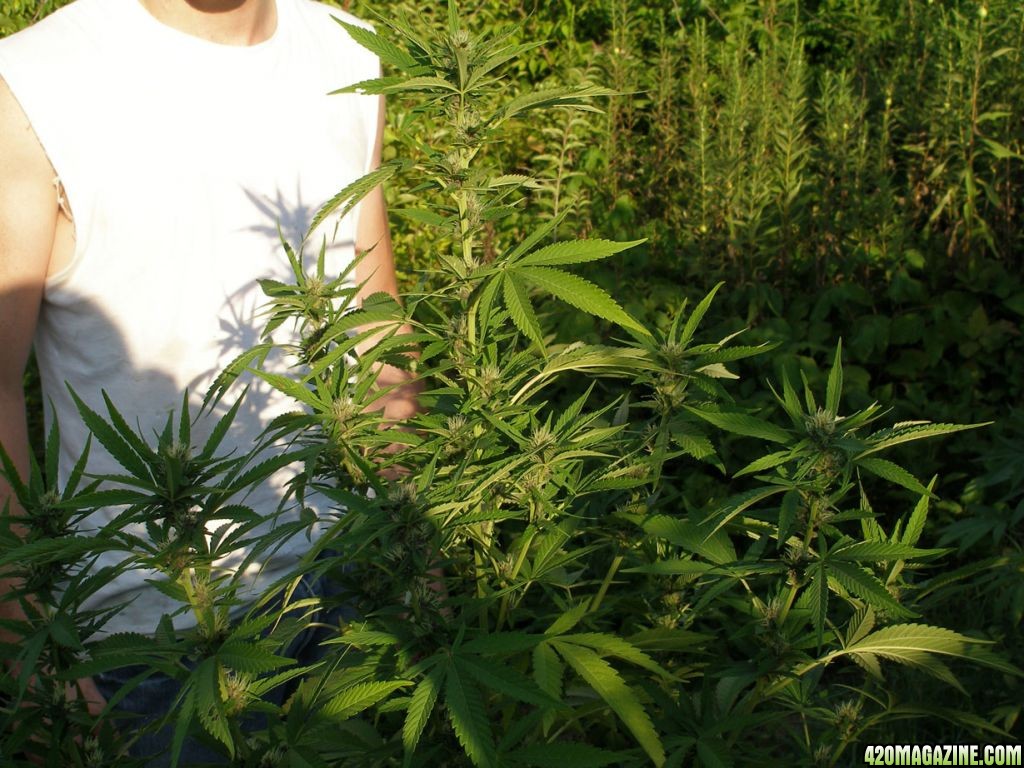 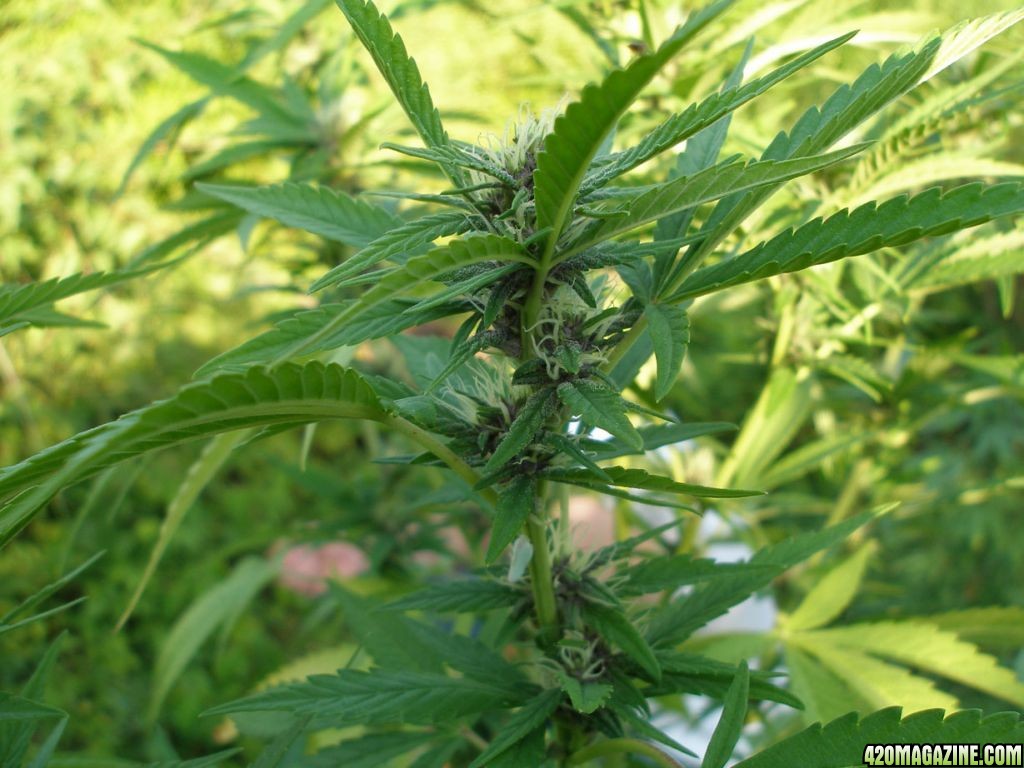 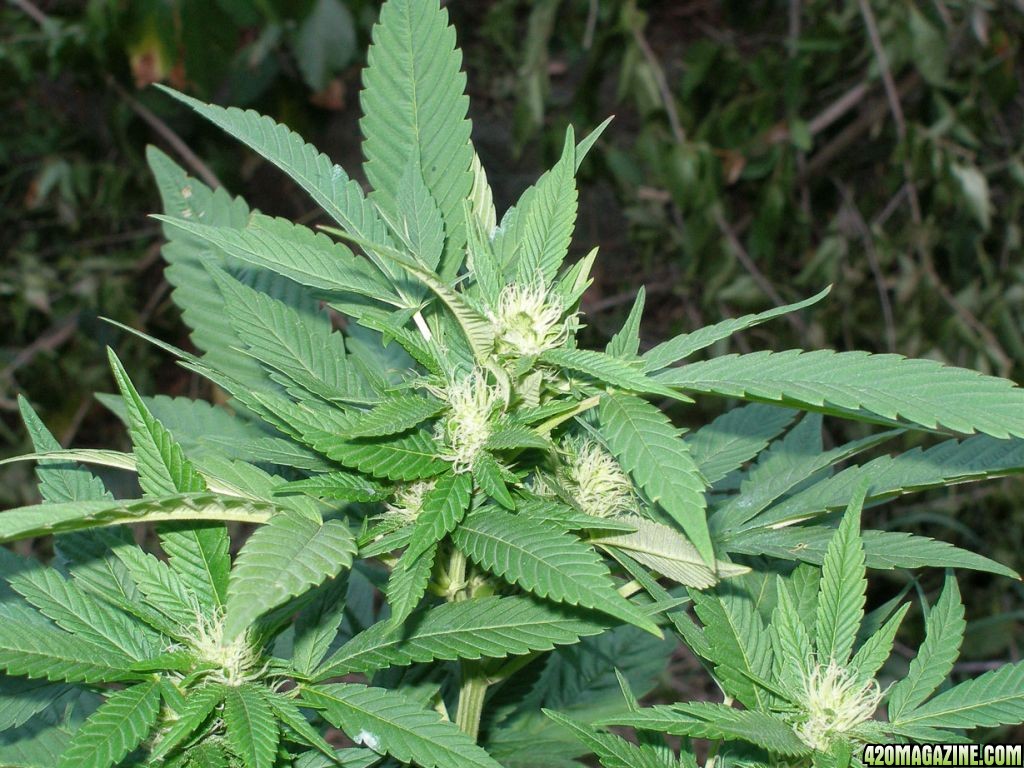 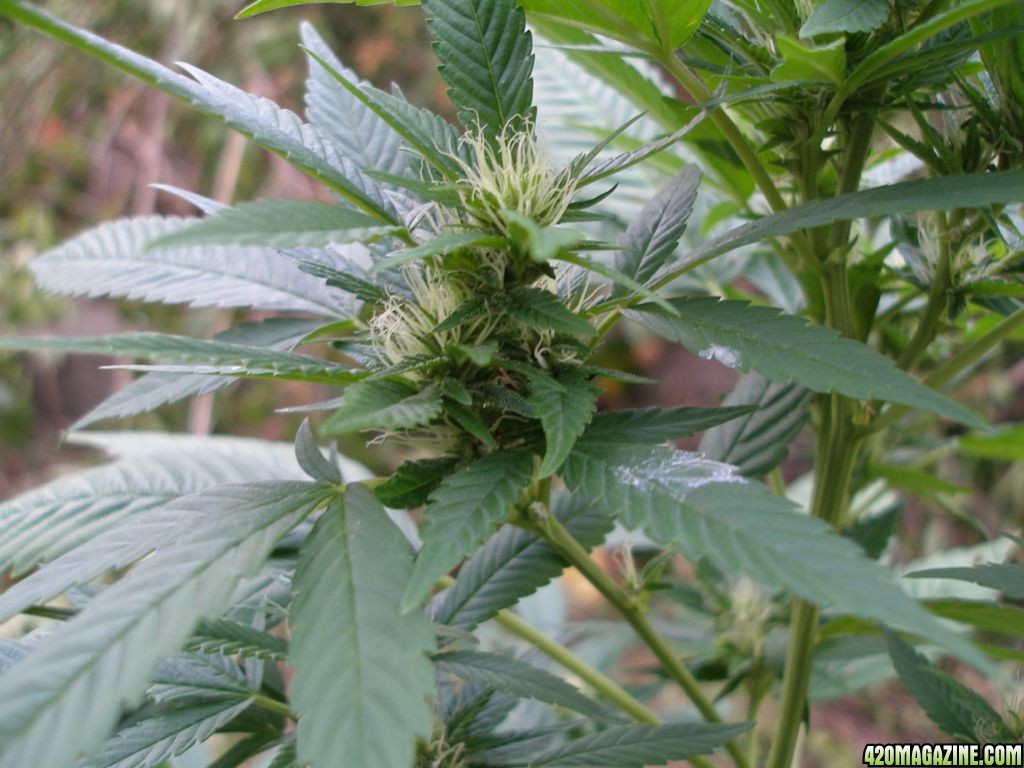 GuerillaGRO said:
Oh also if anyone has any pics of AK47 or 48 please post!:smokin:
Click to expand...

id be interested to see pics as im having trouble.........i have white russians from serious seeds they are a cross of ak47 and white widow i have 2 pheno types and can t decide which is which wud love a little help if you guys get time........be lucky weedtastic
weedtastics 1200 watt hps white rhino grow
https://www.420magazine.com/forums/journals-progress/125689-weedtastics-white-rhino-indoor-grow-5.html
weedtastics white russian grow https://www.420magazine.com/forums/completed-journals/95681-weedtastics-white-russian-soil-grow-35.html
M

After scouring what seemed like trillions of online seed banks, all of which were out of stock, I finally found feminized AK-47 seeds!! I cannot wait to grow them. I just wish they were here right now. Getting tired of my blueberry and Pineapple express. Great for a first grow, but after so much research, AK-47 seems like the only strain worth growing. I will be doing a grow report for sure.

Has anyone eventually figured what the main difference between both strains was or is it another dead thread?

___________________________
"The answer is never the answer. What's really interesting is the mystery. If you seek the mystery instead of the answer, you'll always be seeking. I've never seen anybody really find the answer, but they think they have. So they stop thinking. But the job is to seek mystery, evoke mystery, plant a garden in which strange plants grow and mysteries bloom. The need for mystery is greater than the need for an answer.." - Ken Kesey

How many & what ones from this list have you grown?