Should I flip tonite? PH and soil dilema! Advise needed and appreciated!

I have 8 week old girls that I am planning to go 12-12 with tonite. That in itself is a miracle as they had major malnourishment their first 2 weeks; then ph problems for the next 3 weeks, due to a tap water ph of 8-8.5. I finally put "ph down" in the water to bring it down to a 7. Within a week they were healthy enough to transplant into ffof soil. Now 2 weeks later here is the first question- the ffof soil has enough nitrogen for 4 weeks. If I flower them now should I hold off on using the flowering fert for 2 more weeks? I plan on usin a bloom fert that is 5-10-5? Or should I wait to flip for 2 weeks- (they will be monsters by then)?
The other issue affects only 3 of them- all the same strain. They are showing signs of ph stress again with a few clawed tips and a couple upturned tips. I ph'ed the runoff at last watering and it was 5-5.5! The ph of ffof soil is 6.5 to 6.8 but from what I've read the runoff can be pretty low. Would it be beneficial to stop ph'ing the water for those 3 so it is more alkaline to start with? The other girls are happy with the ph'ed water so I'll leave them with it. Anyway thanks for taking a look and have a Happy Holiday!
Enjoy life. It's shorter than you think.

hey so regarding the nutes i was using carra terra products and i checked the scheduled to run by and after flipping to 12/12 they said 2 more feedings of the vegs nutes then switch to flowering. check if you can see a scheduled for your nutes. rule of thumb from all the reading ive done is veg to a state that you know you can handle when you switch to flower. if you research your strains and see roughly how much they grow from veg height to 21 days into flowering and then look at your plants and judge from that some stretch 2-3 times in size during flowering in the first 21 days so judge knowing that. I hope what i wrote makes sense and has helped with some of your questions. happy growing.
Maxi's Second Grow Journal - 600W - LSD, Nebula, Northern Lights, Hashberry Current

Eight weeks old? They're gonna be monsters now! But as for feeding, don't feed any bloom nutes during the first two weeks of flowering, as that's what's commonly referred to as 'the stretch', where they do a LOT of vertical growing very quickly. However, if they've been in that soil for eight weeks, continue feeding veg nutes for the first two weeks.

Hey guys, Thanks for the help. I didnt think about the extra nitrogen needed for the stretch. That makes a lot of sense. This is my first grow so theres a lot to learn. Garden veggies are a lot easier and thats my prior experience.

Enjoy life. It's shorter than you think.

Will post pics of the clawing tonite
Enjoy life. It's shorter than you think.

With mine they curled/clawed, have huge brown areas, and the worse ones are crispy. Any of this happening? I have been inspecting all day and I had an

Look at them from below the plant, up towards your lights. The affected areas are MUCH more visible. Many of mine were only discolored, not realy damaged as bad as they look. The really bad ones are easily idenified by the opaqueness.
Three Bubba's later
Secondi, Automatico. Northern lights edition
Walk before we run
Spimp's Badly Good Art
420 CONTESTS LOTS OF PICS
The difference between Genius and Stupidity is that Genius has it's limits.

pics:
clawed down the whole leaf 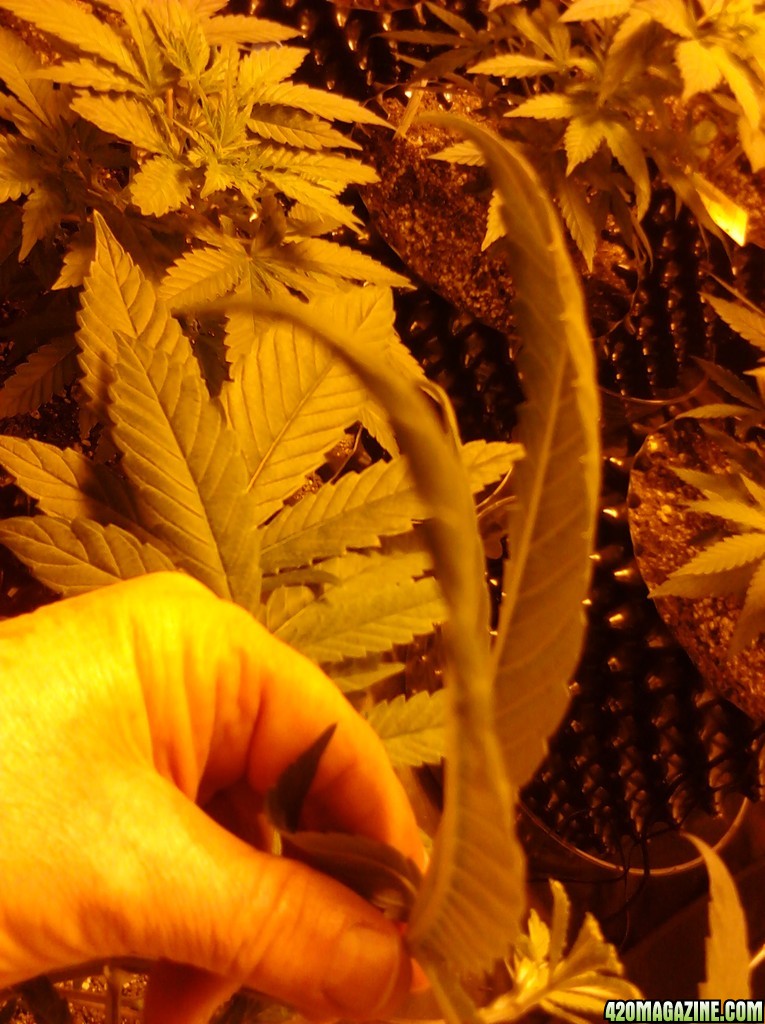 a leaf with alll claws 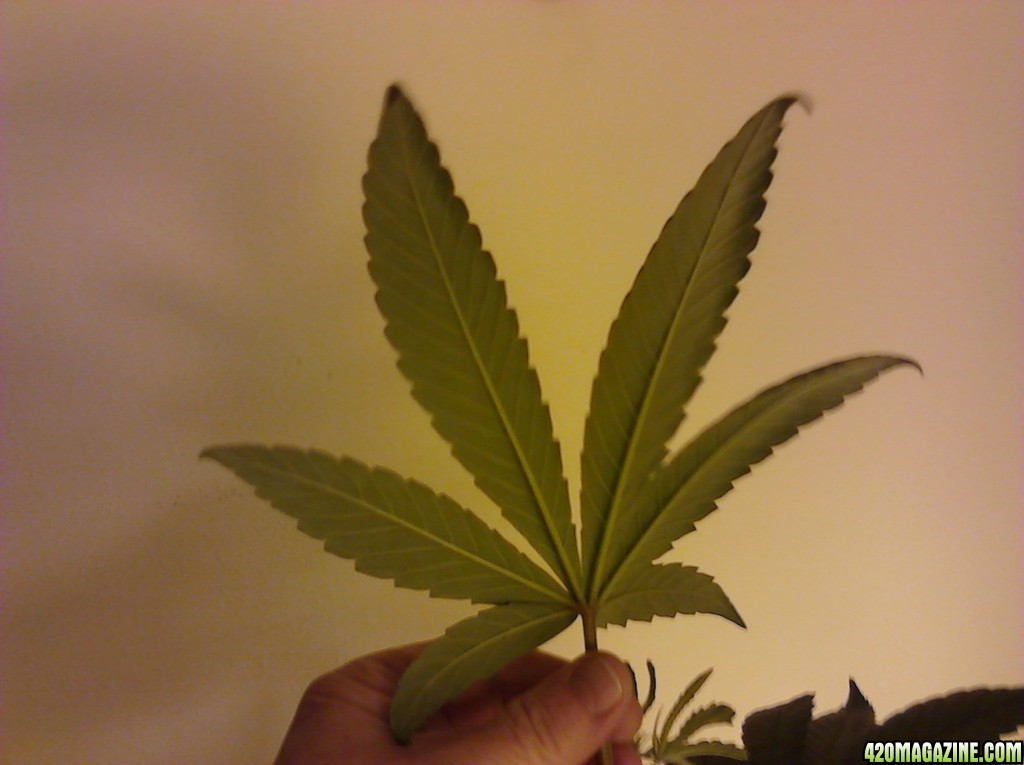 some have tips curled up 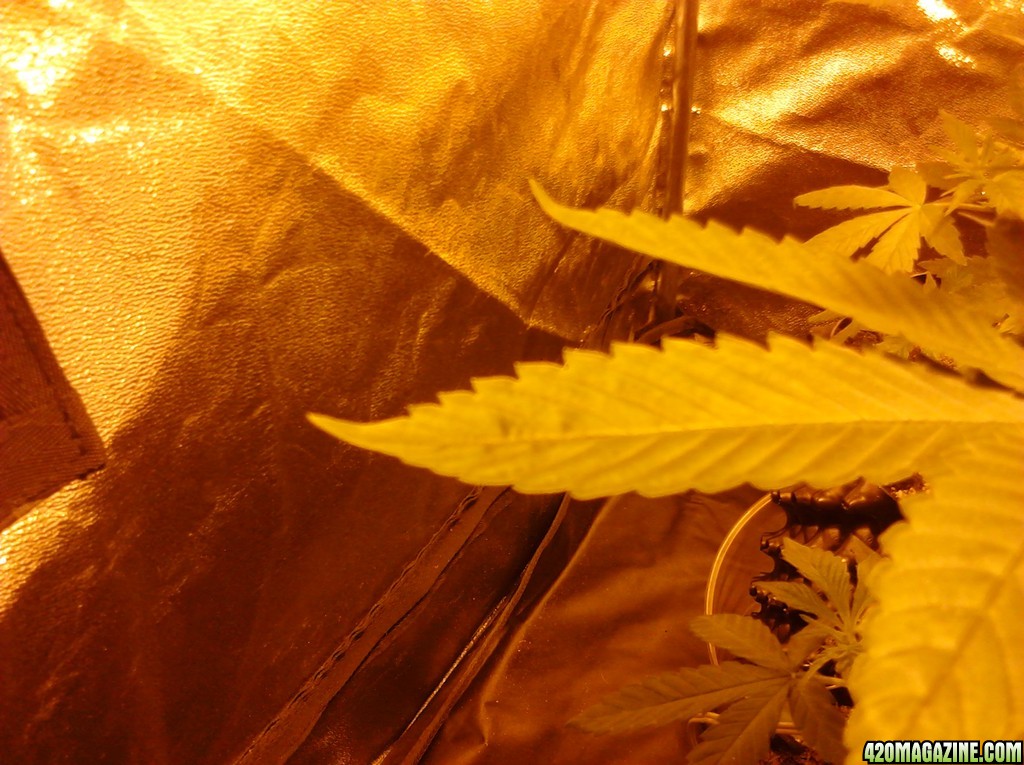 close up of a tip 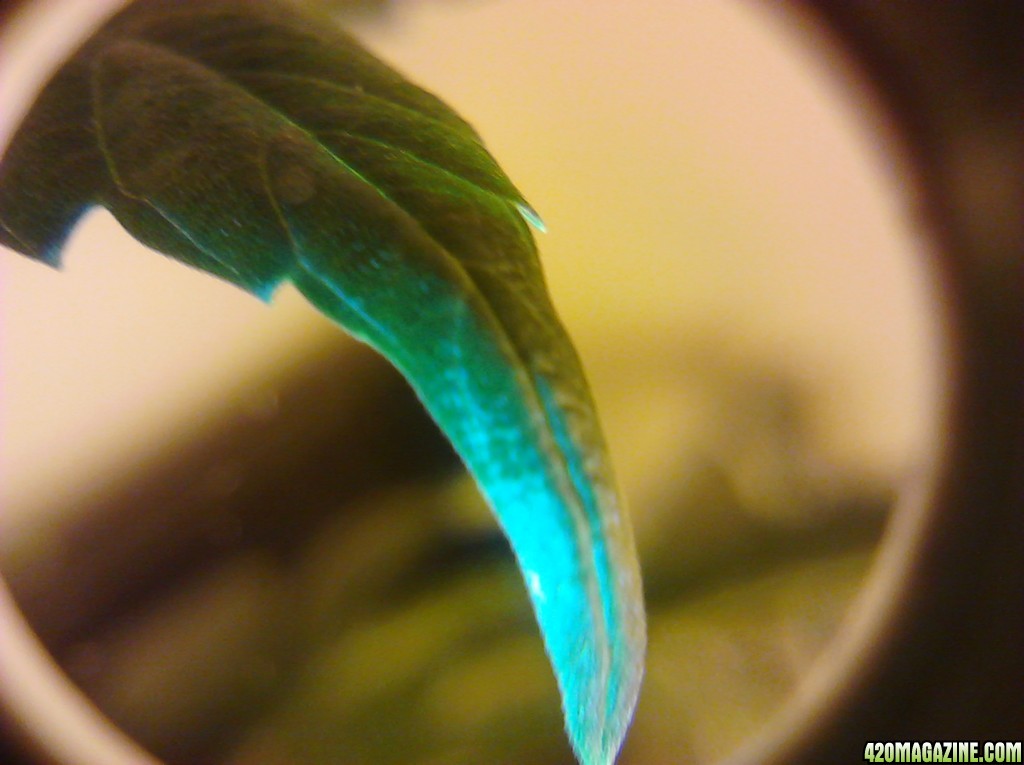 It's only 3 plants -all pineapple chunks and just big fan leaves. Theres no discoloration- they are nice and green- just clawed. Thanks for taking a look.
Enjoy life. It's shorter than you think.