William Haas has his eye on three machine factory buildings in Buchanan that could be retrofitted to grow and process medical marijuana.

Ed Graveline can look around an empty old Clark Equipment industrial site on River Street in Buchanan and envision 11 different rooms, each with its own "climate" for growing medical marijuana.

And over on Front Street, at the old Chemical Bank drive-thru on the east edge of town, Graveline, a Michigan City businessman, would like to develop another medical marijuana venture, a dispensary, although his vision there is yet to take shape.

He doesn't think the state is going to allow drive-thrus for medical marijuana dispensaries, and he calls that a mistake.

"Walgreens has them," said Graveline. "CVS has them."

The city of Buchanan is just beginning to assess local medical marijuana business proposals like Graveline's after it spent most of the year preparing for them. Graveline's plans and some others could come before the city planning commission Dec. 12.

Other area communities that are joining in Michigan's new seed-to-sale distribution system for medical marijuana –which was adopted late last year and is set to start in 2018 – aren't quite that far along.

Communities can opt into the system and collect some fees and taxes by adopting their own ordinances in conjunction with state law to govern five types of businesses: growers, processors, transporters, safety compliance facilities and dispensaries.

The state will begin accepting medical marijuana business license applications Dec. 15 and could issue the first licenses early next year, but maybe not until spring. Area communities opting into the system face no particular deadlines, but some had hoped to get rules and approvals for potential businesses in place before mid-December. It's been a lot of work, though.

Like Buchanan, Niles has been debating and working on ordinances for a good chunk of the year. The city of Niles currently has begun accepting sealed proposals for medical marijuana vendors, pending final approval of all the necessary ordinances.

Galien Township in Berrien County has been interested in the possibility of allowing some medical marijuana ventures, such as growers and processors. But the board of trustees still has questions and hasn't approved anything yet.

Milton Township in Cass County last month approved allowing a limited number of medical marijuana growers and processors, but recently had second thoughts and voted to rescind the ordinance. Township trustee Kelly Sweeney said the board's attorney recommended the township take a cautious approach to allowing the businesses as the state works out the new system.

"This is the 11th month we've been working on this," Marx said.

City staff workers have put in a lot of hours, and multiple attorneys have been consulted "to help us navigate uncharted waters," he said.

Marx said the state's regulatory advice on the new law continues to evolve, and the city may have to amend its ordinances in the future.

Buchanan hoped to give potential marijuana businesses the local site approvals they might need to apply for a state license in mid-December, but the city is a little behind that mark, Marx said.

Planning commission members just recently got a preview of business plans from two medical marijuana entrepreneurs whose site plans they could review next month.

They included plans from Graveline, the Michigan City businessman, and Niles resident Haas.

Haas and his investment partner, a group called Redbud Roots out of Chicago, are looking to retrofit C&S Machine Products buildings on Post Road.

He said they're planning "low-key" operations for growing and processing "medical-grade" cannabis.

They plan to seek a processing license; two Class B growing licenses, which would allow them to grow 1,000 plants per license; and one Class C license to grow 1,500 plants, according to preliminary special use permit applications.

"If we get this out in time, I think the state is going to look at Berrien County as probably one of the first and better places to have these facilities because we're not Detroit, we're not Ann Arbor," Haas said. "We want medical facilities, not recreational. I think that we can set a standard here."

"This is going to be something that's going to grow the city. ... We're a small community trying to survive. I don't see other businesses coming to this area like this particular business and I think it's going to be a good start to bring Buchanan back from the Clark days."

Clark Equipment left Buchanan in the 1980s and once employed several thousand people.

On a preliminary special use application with the city, Graveline anticipated the eventual creation of more than 110 "high-paying" jobs at the River Street project, plus the elimination of a "big eyesore in the community."

Haas and his partners wrote on their initial applications that their business plans would benefit the city with "jobs, revenue and real estate demand" and that the business would also contribute to local charitable causes.

Niles recently issued a request for proposals from potential medical marijuana vendors. Proposals will be accepted until 4 p.m. Friday, Dec. 1.

City Administrator Ric Huff said the request for proposals follows some of the "more robust guidance" the city has received and appears to be a similar process to what cities such as Kalamazoo are using. Potential businesses that miss the first deadline to submit proposals would have to wait until the city opened another bid period.

It's unclear when the city will open the first round of proposals, but after they're opened it will take staff "at least a week" to evaluate them and see if they meet guidelines, Huff said. He said it's also unclear from the latest regulatory guidance whether potential businesses need full or provisional local approvals before being able to apply to the state for a business license.

Niles city council recently passed an ordinance to opt into the new medical marijuana commercial system. It is expected to vote Nov. 27 on the accompanying zoning ordinance.

The Galien Township Board will gather at 7:30 p.m. Dec. 6 at Township Hall to meet with its attorney and "discuss some things on the ordinance," township Clerk Jennifer Richter said.

"We don't have a vote scheduled or anything," Richter said.

The township has been exploring the possibility of allowing at least some medical marijuana businesses, and some potential grow operations have expressed interest in locating in the township. But Richter has said trustees want to take their time and get things right if they decide to opt in. 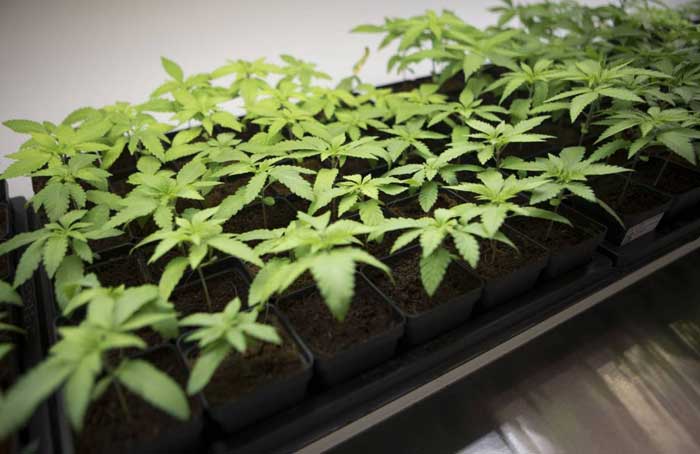