Hello once again.
As always, I have mixed feelings while turning for help to you. Don't get me wrong though

I'm happy cause I know I'm gonna get help with my issue(from people who might have struggled like me, and now they're here to "serve" with wisdom) . But I'm also concerned.
Alright, enough rambling.

I was growing Purple Queen, from 14th September to around 25th of November. I'm convinced that I got less than 10 grams. 3 weeks of veg, with 18-6 light schedule. However, during the first week(not sure if full week) I had it set to 12-12, in order to grow it 12-12 from seed to harvest. But I read that unless I'm growing several plants to do Sea of Green, it would only yield me less, so I obviously switched. Then around 8 weeks(more or less) of flowering, I chopped her. I was certain it was the time, since I've been watching the trichomes, where more and more of them turned amber, while the rest was either half cloudy or clear, so I thought I'd rather chop it too early, than too late.

I didn't have any major problems with it. I didn't see any nutes burn, any pH fluctuations issues. It looked really healthy till the end. What's weird is that, after my first(this is second) one, I got more from one plant, while having weaker light. For comparison, I used 125W cfl phytolite universal lamp, and now I got that 300W led lamp. And I remember having couple issues with her(few nute burns, little light burns...), while I had little to no issues with this one.

There is one thing that I was braver with, than the last time. This time I defoliated the bigger fan leaves to let light touch the lower parts.
I don't really think this was the main issue, since I was defoliating couple of them every couple of days, not to stress it too much.

Alright, I think I provided enough information. Unfortunately, I don't have much pictures anymore.
But I'll attach a photo, after I bent the main cola, after a suggestion from one of the users, and after removing some of the leaves. Although it's 2 weeks before harvest.

I don't understand. Should I have waited even a week or two more, even though more and more trichs were turning amber? Or maybe it was because I messed up at some point with the flowers, so the thc degraded? Maybe I shouldn't have bent it(I did it around 4th or 5th week of flo stage)? I thought that after I get stronger lamp, I would finally manage to grow really big buds like the others.
I would love to get some advise about that, from those of you who had similiar problem.

It's really hard to see with the blurple lights on but I see lots and lots of hairs, so if that's when u pulled her, easily 3-4 weeks early, or more

Be careful checking trics on leaves, they degrade much faster than the buds
Current grow and nonsense.....
Scorpio's Cavalcade Of Horrors With Hempy, Genetics, Perpetual & Much Much More

Looks like that light is actually 130w so it’s not really much more than your 125w CFL. How big is your tent? Your buds look decent size for that light to me, they should fill out a lot more as it matures.

Chris Scorpio said:
It's really hard to see with the blurple lights on but I see lots and lots of hairs, so if that's when u pulled her, easily 3-4 weeks early, or more

Be careful checking trics on leaves, they degrade much faster than the buds
Click to expand...

Oh, no no. As I said, it was 2 weeks. But you just said 3-4 weeks. Oh... Alright, learning new things with each grow. So you say, that while trichomes might be really helpful when determining if it's ready or not, it's not the definite answer. Well, I was afraid if I won't go too long, and I think taking it too early is better than too late. So the answer might be that I should have waited even more. Though 25th was even after waiting couple more days, and I didn't see it change, so I chopped.
Oh, and btw, I didn't mention one thing. Which, in retrospection, may be the fault here. We will see in my current grow.
So the thing is, humidity wasn't really high during the vegetative stage, so this may be the cause.


DrDoob said:
Looks like that light is actually 130w so it’s not really much more than your 125w CFL. How big is your tent? Your buds look decent size for that light to me, they should fill out a lot more as it matures.

Oh, how so? Even on the package, or in the papers I got with it, it was said they are 300w? Well, I checked my mails, and I actually bought it from ebay, not amazon, but the model is the same I think. My tent is 40cmx40cmx120cm(1.31ft x 1.31ft x 3.93ft). Well, to be honest, during the grow, I thought they look not that bad too, but they got dense during dry and cure. But still, I expected them to get bigger
First Grow Attempt - Coerdringer's Soil Auto AK-47 Feminized Grow Journal - 2017 (finished)

Most manuf call it a 300w, but draw from wall, which is how we really measure is much less

What I said on trics is don't get fooled by leaves showing Amber, be sure yer looking at the true bud structure.

But another sighn is a lot of white hairs, pretty much means u have a bit more time to go.

And in addition it's usually better to harvest late than way to early, unless it's a high CBD strain, then all bets are off
Current grow and nonsense.....
Scorpio's Cavalcade Of Horrors With Hempy, Genetics, Perpetual & Much Much More

Oh, alright... So I guess I would need like a 1000W lamp, to get yields big as my fist. And, maybe it's actually better to wait. Although... Hmm, as I said, i highened the humidity, so maybe that will help, and this time I will wait a bit more for the hairs
First Grow Attempt - Coerdringer's Soil Auto AK-47 Feminized Grow Journal - 2017 (finished)

Under that light u can grow a nice plant for sure
I'm not familiar with that strain, but I know I've grown under a similar light and did real good


Apply what you have learned, start a journal on yer next grow, and KNOCK IT OUT OF THE PARK next grow

I love my Vipars, I have 2 300's. 3 years trouble free. After reading your post, I don't think you have any huge issues. Even if you harvested 2 weeks after the photo, your pistils still seem really white and fluffy. They should be mostly dark and pulled in a bit. The other thing I thought about was hanging height. For month old plants in veg, I have them at 19 1/2 in. In flower I imagine 18 or slightly less inches.
Oh and temp. I've found they're really happy at like 83 and 50% humidity. That'll help.
Chem Comparative Grow 2019
C

We will see how will it go this time, cause with my recent grow, I thought - "well, with my nutes and this lamp, thisngs should go well(just like before)". I didn't really have in mind to do job poorly, but it seems that I should have takne more care of it. I mean, I should have added the yeast bottle, for CO2 production, cared more about the huimidity, and perhaps waited two weeks more - which I did with my first, but not this one. This time, I will do everything I didn't, cause I thought I would be fine.

Oh, and I need to chceck the height I have my lights in. I'm still learning about leds. So with them, cause I was worried(few days ago) I had it too high(I think my plant started streching a little bit), I'm gonna check the manufacturer's instrution, and try to correct my height 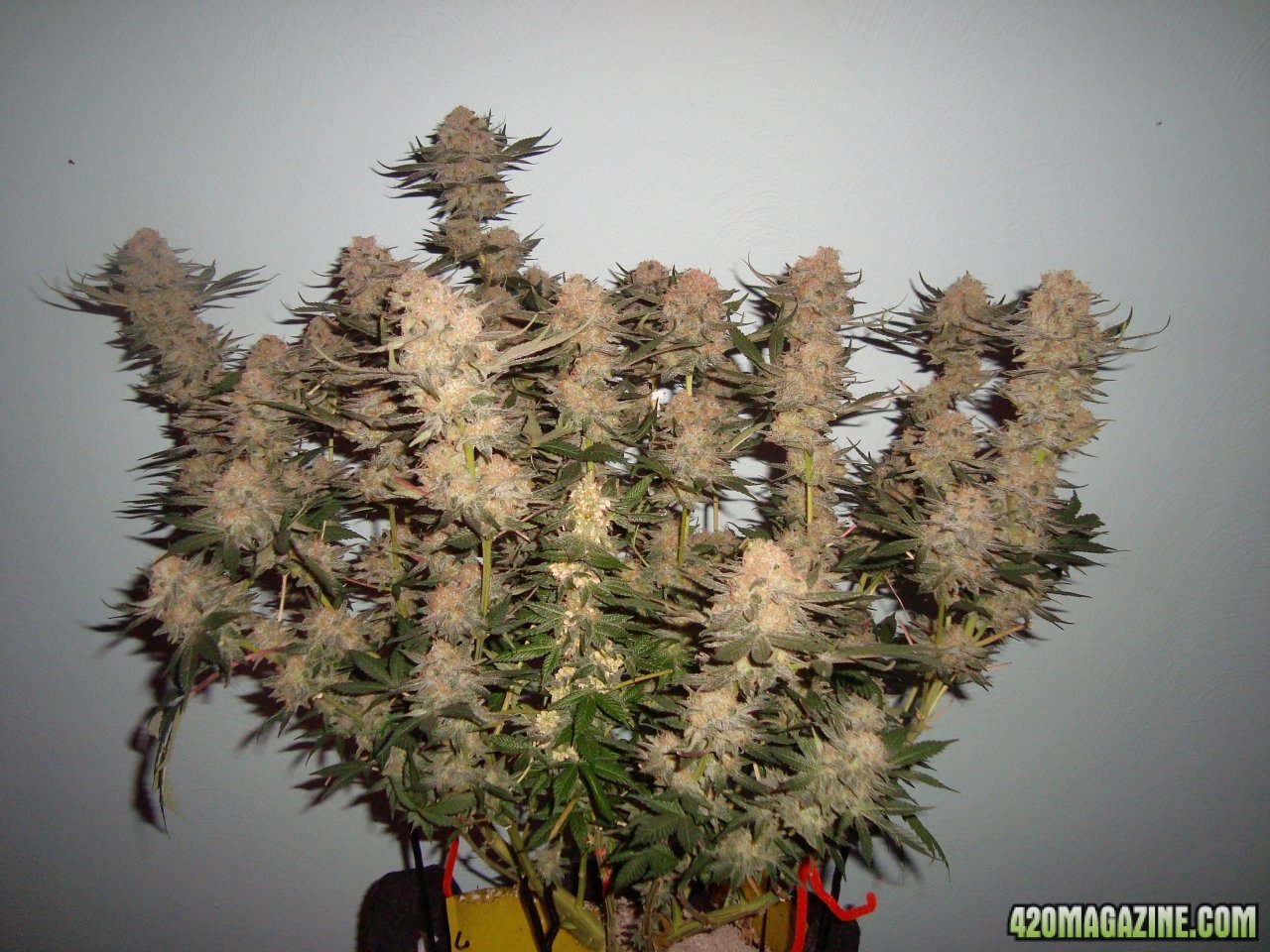 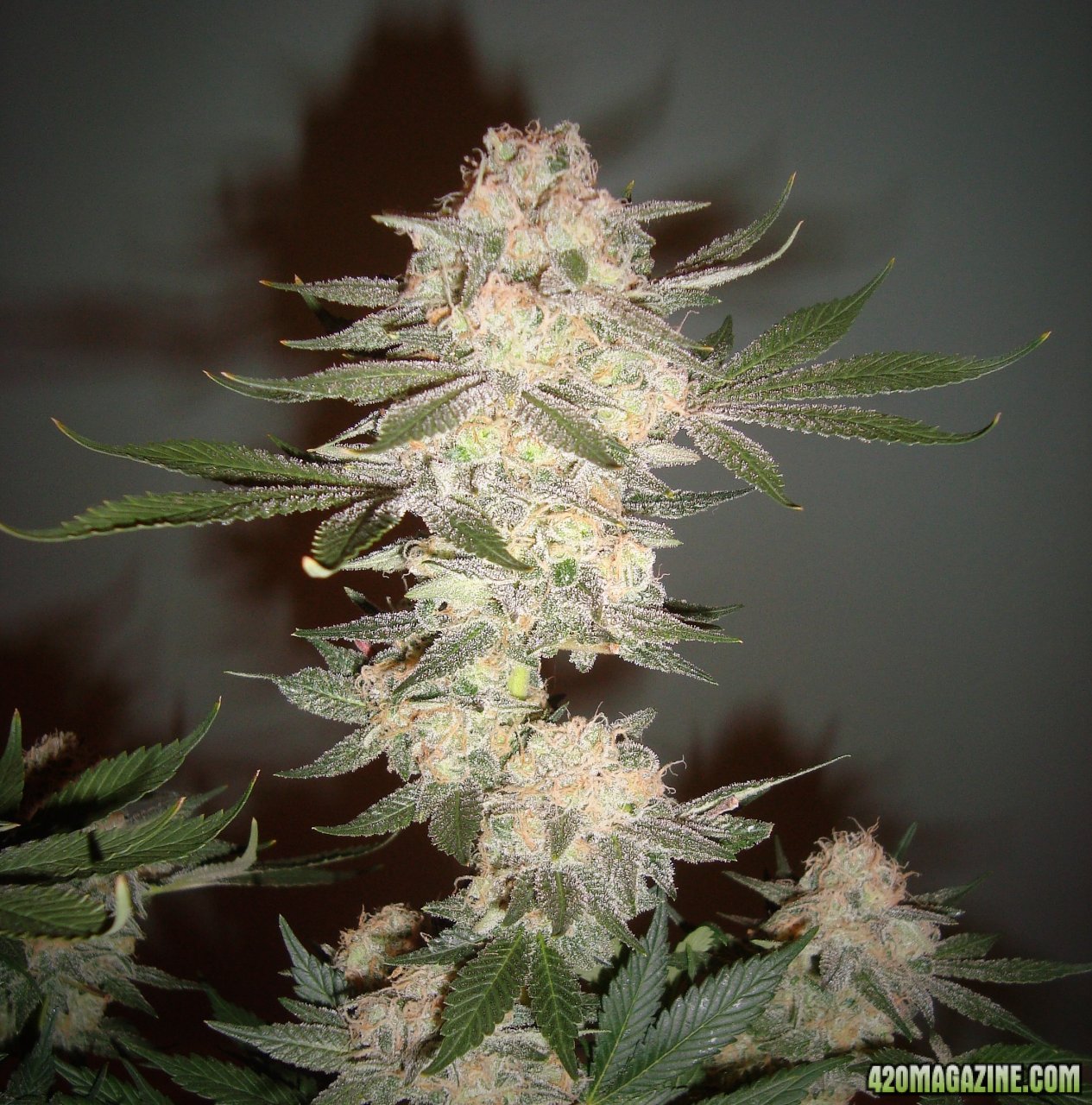 Hash Hound's searching for his Puta Blanca
All this good weed, but it's still not hash.
USArmy Veteran 71-74 Kaiserslautern, Ger. 36th Eng/KARPAC, any my old army buds out there?
All text and pictures uploaded by this person is purely fictional and for entertainment purposes only.
P

There is some serrious missinformation you have been following based on your original post.

Much of this site is people with under 4 years of growing who think they got it all figured out. So they go feeding snake oil a and wives tails they think work. People are soooooo bad at growing that some little thing they tried that fixes a stupid problem no one has who grows right ...becomes something you must do all the time.

If you want to improve the situation to create bigger buds that doesn't hurt either. Bigger lights and exhaust options always help.

But fundamentally ... all things being optimal. The size of you harvest is based on the rootball which you failed to mention.

What have you done to ensure the rootball is oversized and too big for the amount of above ground growth you have?

I got 2 plants yesterday from somone that have a serrious insect infestation. Before allowing these in my grow space I pulled them as the soil has eggs. I pulled them yesterday out of soil and washed all the soil off so I could strip the soil. Then planted in fresh soil...all of this after having cleaned the plants a bunch.

When in pulled them they had nearly no roots but had been growing a long time. They had been clearly used for a lot of cloning and have no real roots. The main stem is small. My clones are 5 times this in just a few weeks.

It is very easy to grow big plants on small roots and then enter harvest prematurely.
Probably one of the most important things that growers do to reduce yield is focusing on above ground veg growth training and pruning while neglecting the whole point of veg...the roots. Then they have an oversized above ground plant with an undersized root ball that provides small buds.

You can grow fast with foliar feeding which needs no roots for fast rapid growth. Then you get small buds...if you don't draw out the roots.

If you fail to make a monster rootball in time you need to cut back the plant and veg longer. If you go into bloom with an oversized rootball the flowers will be unimpeded and allowed to maximize size and weight. If not then you have to feed another way through bloom.

For some reason I missed your reply... Which gave me a lot to think about.

It's been more than 2 months, but I'll still reply.

I think I just did what you said most growers do, that is a mistake. I vegged too short, so the roots probably weren't big enough, and as you said, I concentrated on the uper plant, neglecting the roots. In my current grow, it seems I did better job, but now that you mentioned roots... It seems okay, but I think it could still be a little better.