Tennessee - A Bluff City man has organized the Smokey Mountain Medical Marijuana Rights Rally in support of pending legislation in Nashville that would legalize prescribing cannabis to qualifying patients. Seth Green, who suffers from multiple sclerosis and said he has found relief from the use of marijuana in the past, said this week that so far about 25 people are planning to attend the rally. Those favoring the legislation will meet at 2:30 p.m. Feb. 8 at the Farmers Market, 500 S. Roan St. They will march from there to a rallying point at the University Parkway intersection.

Green was diagnosed at birth with cerebral palsy, and at 13 he was diagnosed with seizures and multiple sclerosis. "As the years went by, I started studying the procedures and medications that might help me," he said. "Marijuana has no side effects, but some of the medicines I was on brought on depression and I was not sleeping. I'm in pain every day, but I don't like to take pills." State Rep. Sherry Jones, D-Nashville, introduced legislation last week dubbed the Koozer-Kuhn Medical Cannabis Act, which would allow statewide legal protections for qualified patients authorized by their physicians to engage in cannabis therapy.

"I'm sure it's going to die," state Rep. Matthew Hill, R-Jonesborough, said about the bill about two days after it was filed. Roger Nave, a Washington County commissioner and Public Safety Committee chairman, said this week the committee will be introducing a resolution to the full County Commission. He said District Attorney General Tony Clark has been researching the bill and will return to meet with committee members Feb. 11. "It will be on the Feb. 24 County Commission agenda," Nave said Thursday. "I read about the bill, and personally I oppose it. It has dangerous effects. How could something that dangerous be regulated? And how can anyone guarantee it won't be sold to our children on the street?" Nave said if the resolution passes, it will be delivered to state Sen. Rusty Crowe, R-Johnson City.

In 2012, a similar bill was brought before the Senate Health Committee, which Crowe chairs. The legislation did get a motion, but there was no second and the matter died. Crowe said discussion could pick up if the Tennessee Medical Association and Tennessee Pharmacists Association got behind the bill and presented medical evidence to legislators that warranted continued conversation. "It absolutely is just a matter of time," he said about a vote on medical marijuana. "I just don't see the momentum there to push this through for a legislative debate."

Meanwhile, Green said there is no reason for commissioners or legislators to oppose a reasonable, compassionate piece of legislation that would help everyone involved. "The people I know around the area who have had a chance to use it told me they were really surprised by the results," he said. "I'd be willing to go before the County Commission and provide them with tons of studies that show the benefits of medical marijuana." 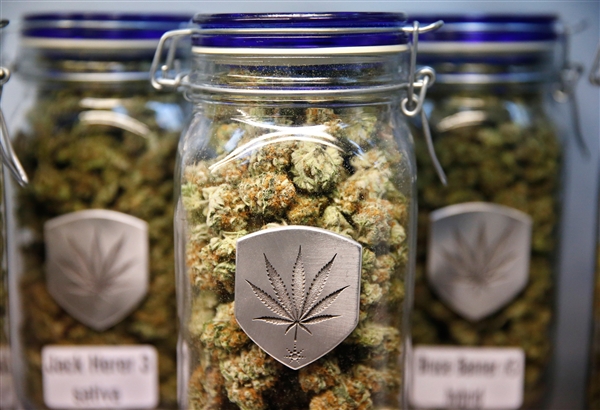 I'd love to be there, but it's at the complete opposite end of the state from me. I hope everyone with the chance can make it, and let them start seeing some real numbers at these things. The tide is turning!