Last month, Canada's Center for Addiction and Mental Health issued some interesting guidelines that address your question. Canada has been moving toward legalization, the authors argue, and that should be done in a deliberate way–with a clear plan to regulate the industry and safely inform the public on the best ways to use cannabis. They write: "A substantial extent of the risk of adverse health outcomes from cannabis use may be reduced by informed behavioral choices among users."

This stands in contrast to the United States, where states have essentially woken up one morning and decided to legalize. The Canadian guidelines have been in the works for years. They even have a modest, progressive, Canadian name: The Lower-Risk Cannabis Use Guidelines, abbreviated LRCUG. I like this as an unwieldy acronym so much that I will use it going forward.

The Canadian LRCUG start out with a puritanical caveat: "The most effective way to avoid any risks of cannabis use is to abstain from use." I should say the same. Though it's something like telling your teenage kids not to have sex while driving them to The Condom Emporium.

With that caveat out of the way, on to the practical guidelines.

This is a complex question that–if cannabis is indeed to be treated as medicine–should be addressed with experts on an individual basis, to properly calibrate safety and dosing. But since most marijuana is still used outside of the doctoral setting, we have LRCUG. For people who are already smoking, the recommendation is to "choose other methods, such as vaporizers or edibles–but recognize that they also come with some risks."

Good advice–it's rare that any doctor would recommend burning any drug and inhaling its smoke over simply ingesting it. Smoking can complicate dosing, and it is frowned upon in hospitals. But most importantly, inhaling smoke irritates and inflames the respiratory tract, which can hypothetically lead to cancer, regardless of the source of smoke–whether it's smoke from marijuana or tobacco, and probably even if you're smoking pure kale or multivitamins. Inhaling wood smoke from a campfire can reduce lung function and cause chronic lung disease, if you spend enough time pulling it directly into your lungs. (Do you do that? Email me.)

The point, evolutionary biologists agree, is that humans evolved to breathe air. And there are other ways to get equally if not more medicated or recreationally mellowed. So, on to those.

First there is super-heated vapor. Despite Ben Affleck serving as a meandering cautionary tale of the emptiness of vaping anything, portable tobacco vapes have obviously become popular in recent years, growing to a $4.4 billion industry in the United States. This industry carries increasing political weight, with the tobacco industry lobbying to rescind regulations on vape products enacted under the Obama administration, and the Trump administration likely to acquiesce. The popularity of vaping devices among The Millennials, and the concerted efforts to grow that market share and foster nicotine addictions among young people, are an intensely problematic historical relapse.

Meanwhile marijuana smokers have been vaping since the dawn of time–if not in a portable capacity. I remember first meeting the enormous, iconic Volcano Performance Vaporizer about a decade ago. It's a 10-pound, stainless-steel tabletop cone that costs $599 and shoots hot air through a disc filled with ground cannabis and up into a giant transparent balloon, which in my experience is then passed around at a party, and from which people take turns inhaling and becoming progressively less fun to talk with.

I remember thinking at the time that this "vapor-ing" idea seemed like a swell way to mitigate the risk of inhaling smoke, and I said so at the time, even though people didn't really want to talk about that during the party.

The vape-related dangers that the Canadians note are related to the fact that, even though vaporizing weed is definitely better than smoking it if all other things are held equal, all other things are never held equal. Changing a route of administration changes people's habits, and their whole perception of the drug. The idea that vaping mitigates the risk of smoking could make people more likely to intoxicate themselves, more often, et cetera. When that sort of usage becomes a problem socially, professionally–or in any of the other ways that relationships to mind-altering substances can become problematic–then vaping would indeed be unsafe.

Still, vaping offers the safety advantage of allowing people to more easily calibrate doses. Inhaled cannabis goes almost immediately across the blood-brain barrier, and its effects are felt. This at least affords a person an opportunity to know when it would be wise to put down the vape.

This stands in contrast to the also-booming field of edible cannabis. Though this could seem like the safest route, the dosing question is even tougher, and overdosing more likely. Digested in food, the THC has to pass through the liver before traveling to the brain, which means it can take around an hour to achieve its maximal effect–depending on how much a person has eaten, and varying from person to person. This is not to mention variation in dosing from edible product to edible product, which is difficult to standardize across every single bite of brownie that comes out of every batch. It can be a guessing game.

So among edible products, the LRCUG recommend that people "identify and choose lower-risk cannabis products." Drawing a distinction between identify and choose seems deliberate. I really appreciate Canada's work here. They note that cannabis products with high tetrahydrocannabinol (THC) content "are more likely to result in harms." Though not always–products can also contain varying doses of cannabidiol (CBD), which can counter some of the action of THC, meaning that choosing products with high CBD-to-THC ratios could "reduce some of the risks."

At a dispensary in Aspen, Colorado, in 2014, I bought Sour Patch Kids that were loaded with THC. They were sold by another name, because Sour Patch Kids are proprietary, and the makers of Sour Patch Kids had nothing to do with this drug product, but they looked identical. Many edible products have been specifically made to look like candies that are available on the market at every pharmacy and grocery store. The mellow, long-haired gentleman behind the counter warned me clearly that I should eat no more than half of a Not Sour Patch Kid at a time.

I asked him what would happen to me if I ate more, and he said he wasn't joking around. They came in a container with a "child-proof" lid, but the whole idea of making products that look indistinguishable from canonical non-drug candies and foods is a problem for the edible industry that has led to accidental overdoses. These could feasibly be minimized with oversight and regulation, as the Canadians recommend–but I'll not get off on a political screed.

Suffice to say that the acceptance of marijuana as a credible tool of health remains undermined by difficulty in standardizing and administering doses, and these same factors make it impossible for me to tell anyone exactly what's best for them. The recurring good advice, though: Start edible doses very small–not more than half of what's recommended on any label. Then allow roughly double the time you might expect for it to clear your system before you need to do anything where you need to use your brain. Especially driving. And if you're set on smoking, I'm sorry, but yes, vape. 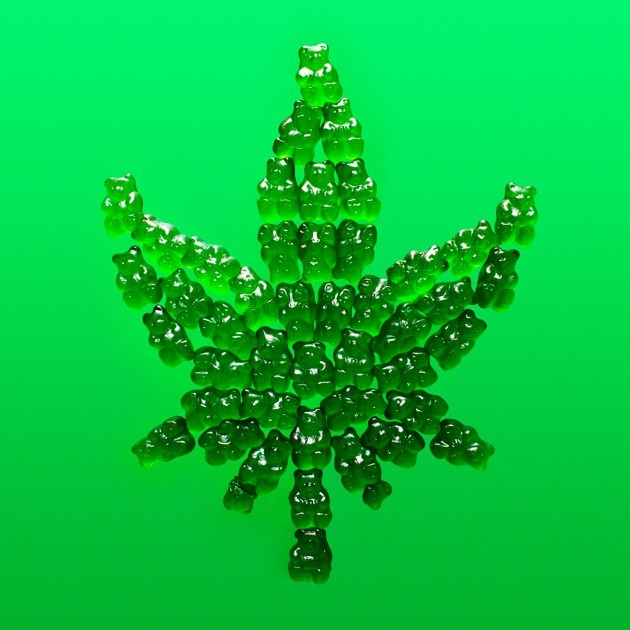 The referenced CANNABIS POLICY FRAMEWORK by the Canada's Centre for Addiction and Mental Health is a very well-written and thoughtful report & well worth a read, although many won't be happy with some of their recommendations.

"Curtail higher‐risk products and formulations. This would include higher‐potency formulations and products designed to appeal to youth."

i won't link here because it is a pdf but it is well worth the Google Search.
420 Magazine ®
Creating Cannabis Awareness Since 1993

This was a good read, agree or disagree. Edibles are scary to get into. I don't mind the overdose because it ultimately won't lead to death. I find the experience to be very humbling. Something about being so god damn high that all you wished for in life is that you weren't that high. I am not going to deny the drugs potential dangers, but they're so minute when compared to the almighty alcohol.

I like the discussion. I know so many people who have smoked weed for so many years and are just totally normal, smart, down to earth people. We have so much to learn and I appreciate the direction this is all moving.

Here is a version of the study. This isn't the exact one because the book was released long before this study, but an example of how heavy cannabis smoking, is not nearly as damaging as imagined before.
Cannabis, Pot and Marijuana May Not Harm Physical Health | Time.com

Ive found eating a brownie vs smoking to be much higher and it lasts longer too.
We're all here cause we're not all there!