Before Snoop Dogg was arrested for marijuana possession in Sierra Blanca, Texas, the rapper said President Obama should rethink his stance on the legalization of medical marijuana.

The LA Weekly reported on the irony of Snoop Dogg's arrest only days after the rapper made the statement about Barack Obama. Snoop Dogg was asked what he'd say to the president if he had a chance to meet him.

Barack Obama's administration has been unwaveringly harsh on marijuana laws and unwilling to initiate or seriously engage in conversation on the legalization of marijuana.

Clearly something has to give in terms of the relationship between federal laws and medical marijuana dispensaries. Last Saturday, Snoop Dogg was cited by Border Patrol agents for possession of marijuana paraphernalia and two ounces of marijuana on his tour bus.

Snoop Dogg, whose real name is Calvin Broadus, has a medical marijuana prescription from the state of California. His prescription remedies blurred vision and migraines.

His charge is a misdemeanor. Snoop Dogg was held for less than an hour, released and is expected to resolve his legal matter with a no contest plea and a five hundred dollar fine. The tour bus had a red prescription bottle with marijuana cigarettes inside. Broadus told agents the marijuana belonged to him. The rapper's expected to appear in court on the 20th of January, if not before.

Medical marijuana prescriptions have created a pathway for marijuana users to escape the potential long lasting legal complication that result from a marijuana charge and conviction. A number of professions today, particularly education, installation services, and driving jobs will not hire applicants when convictions appear on their background checks.

Stars like Willie Nelson and Snoop Dogg don't have to worry about employment by prestigious companies or governmental agencies. But Willie Nelson, arrested at the same spot last year for six ounces, does have to contemplate jail time.

Los Angeles, a city familiar to Snoop Dogg, are in talks to shut down Los Angeles dispensaries. L.A. Councilman Jose Huizar proposed banning all medical marijuana dispensaries within the city of Los Angeles this week. 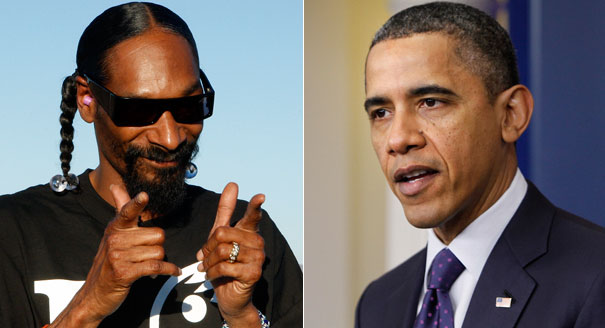