Rapper Snoop Dogg is digging further into the Canadian cannabis ecosystem, investing in a seed-to-sale software provider as the country prepares for the legalization of marijuana by Canada Day next year.

Pranav Sood, the chief executive and founder of Trellis, said Snoop Dogg's involvement helps to give his Toronto-based company a higher profile.

"For us, I think it just elevates the discussion and helps to boost our brand visibility."

The US$2-million seed round also includes reinvestment from Gateway, an Oakland, Calif.-based incubator focused on cannabis companies. Trellis was part of its latest cohort of companies from April 2016 to October 2017.

That deal granted the Canadian marijuana producer exclusive rights to use certain content and brands owned by the rapper's company LBC Holdings.

In October 2016, Tweed and Snoop Dogg announced that the rapper's Leafs By Snoop cannabis brand would be available in Canada, exclusively to customers registered with the Canadian producer. The companies said they would offer three Canadian Leafs By Snoop varieties - Sunset, Ocean View and Palm Tree CBD.

Jordan Sinclair, director of communications for Canopy Growth, says its partnership with the rapper, which is set for three years with an option to renew afterwards, has been "successful." Leafs By Snoop line products usually sell out within days of stocking it in the online store, he added.

However, the cache afforded by the rapper — whose hits include "Smoke Weed Everyday" — is limited under proposed standards governing the marketing and advertising of marijuana in Canada. In 2016, a federal task force issued a report recommending that cannabis products require plain packaging and only allow for certain kinds of information, such as the name of the company, marijuana strain and price. The report said advertising restrictions should be similar to those imposed on the tobacco industry.

“If people are just walking into the store with no other knowledge about what brands might be available, I don't think anyone has more credibility or name recognition than Snoop Dogg.

In July, more than a dozen of Canada's licensed marijuana producers, including Canopy Growth, banded together and enlisted the help of Advertising Standards Canada, a national not-for-profit self-regulatory body, to develop branding and promotional guidelines ahead of the deadline for legalization on July 1.

Sinclair says "nothing is set in stone" in terms of packaging and other marijuana marketing standards, which are still under discussion.

Regardless, Canopy and Snoop Dogg have an "incredible incumbent advantage," he added.

"The Leafs By Snoop brand is well known. It comes up from the States where it has already done well ... If people are just walking into the store with no other knowledge about what brands might be available, I don't think anyone has more credibility or name recognition than Snoop Dogg." 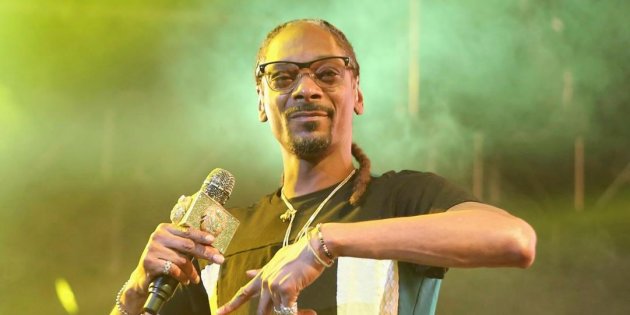