Just found this nifty little device and at $39.80CDN it's a pretty good price for a solar pipe. 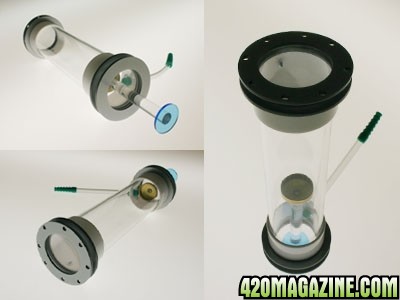 Last edited by a moderator: Aug 25, 2008
I realized that marijuana was going to be an enormous political catalyst, because anybody who got high would immediately see through the official hallucination that had been laid down and would begin questioning 'What is this war?'
- Allen Ginsberg

When life gets tough and things get tragic, have a spliff it's fucking magic!

i see the name BC vape and already i have given up... sorry
greens good over hear kiss the mary jane and fall in love with the global community
H

why not waste time/money and buy a magnifying glass? stay green. peace.

^ A mag glass is only about 3 bucks and you can use it with any bowl!
Last edited by a moderator: Aug 25, 2008
Smoke buds with your buds
-Me

I am touching my Volcano unappropriately atm : ) Man I love it, anlong with my vapo genie. The device looks interesting though, i'd like to watch it in action.
Cartman-"There you see, you shouldn't have written a paper about dolphins. Dolphins are stupid."
Stan-"Dude, dolphins are like the second smartest animal on the planet."
Cartman-"Buh, hah, right, if they're so damn smart, how come they get caught in those fishing nets all the time?"