The Trump administration’s proposal to effectively eliminate the Office of National Drug Control Policy, the main agency coordinating federal drug policy, has earned some unlikely backup from drug-policy advocates who view it as part of the problem.

It was quickly slammed by Democrats and Republicans, who questioned why Trump would cut funding to anti-drug efforts at the height of the opioid crisis.

A statement from the Democratic National Committee called the plan a "cruel betrayal." Senate Minority Leader Chuck Schumer called it Trump’s "most destructive proposal yet." Sen. Rob Portman, a Republican from Ohio, a state hit hard by the opioid crisis, called the ONDCP "critical" to efforts to combat drug abuse.

Derision for the plan became the dominant mainstream narrative. But one unlikely group has come out cautiously optimistic: drug-policy advocates.

Frydl was hardly alone. Major policy nonprofits, including the Drug Policy Alliance, Marijuana Majority, and Law Enforcement Action Partnership all came out in favor of the ONDCP cuts. They are skeptical of Trump’s overall drug agenda, but the sense was that the elimination of the ONDCP was the right decision — made for the wrong reasons.

It all ties back to decades of US drug policy.

The ONDCP has been the nexus of drug policy in the federal government, ever since its creation in 1988 by the Anti-Drug Abuse Act, though a previous iteration of the office existed under President Richard Nixon.

President Ronald Reagan created the office at the height of the crack cocaine epidemic to create and coordinate a national anti-drug strategy. While the agency doesn’t implement policy on its own, its recommendations, and those of its director, colloquially called the "drug czar," set the tone.

As such, many see the agency as the driving force behind the so-called War on Drugs, decades of US policy that emphasize prohibition, enforcement, and incarceration to eliminate drug use.

"The ONDCP is one of the primary government agencies carrying out destructive and wasteful drug war policies, " Maj. Neill Franklin, a retired 34-year Maryland police veteran and the executive director of LEAP, said in a statement on the ONDCP cuts. Franklin has called for reinvesting the slashed funds into harm-reduction policies and treatment programs.

Over the nearly 30 years that ONDCP has existed, the budget for US anti-drug policies has ballooned from $4.7 billion to nearly $31 billion. In that same time, illicit drug use has risen consistently, according to the 2014 National Drug Use Survey — to say nothing of the opioid crisis that has erupted in recent years.

The vast majority of those dollars, up until very recently, were centered on "supply reduction" — law enforcement oper ations, efforts to cut down drug smuggling, and international operations to eliminate drugs at their source. That’s billions of dollars for the Drug Enforcement Administration, Customs and Border Protection, and Immigration and Customs Enforcement .

Both independent research and government-sponsored research have found that supply reduction efforts have had little success. Drugs are more available, purer, and cheaper than ever. And more people use them.

Despite the prevailing evidence, ONDCP " generally does not admit failure to meet any of its goals readily," Matthew Robinson and Dr. Renee G. Scherlen, two Appalachian State University professors, wrote in the 2013 book, "Lies, Damned Lies and Drug War Statistics." Instead, they wrote, the agency uses “ its own failures to call for stepped up efforts in the drug war.”

The ONDCP’s continued advocacy for heavy enforcement is why the Drug Policy Alliance has called for Trump to "dismantle" the office.

"The ONDCP has long been a means to advance the drug war," Grant Smith, deputy director of national affairs at DPA, told Business Insider. "The drug czar is an advocate for pushing a drug war agenda."

A big change in rhetoric, minor changes in policy

During the Obama administration, ONDCP Directors Gil Kerlikowske, and later Michael Botticelli, both spoke often of ending the War on Drugs and re-centering anti-drug efforts on public health, rather than enforcement and criminal justice.

This shift led to "incremental changes" in policy, Frydl said, like legislation to end disparities in crack and powder cocaine sentencing and an unprecedented use of clemency. But for the most part, the Obama administration’s softer approach stopped at rhetoric.

Federal anti-drug spending was heavily weighted toward enforcement over treatment and prevention under Obama until 2013, when it began to shift. But even at their closest funding levels in 2016, enforcement was funded over treatment and prevention by slightly more than $1 billion. And in terms of actual dollars, enforcement funding totaled nearly $16 billion in 2016 compared to $13.3 billion in 2008, the last year of the Bush administration.

"They spent a lot of time talking about a health-focused approach to drugs but the reality of the budget and policies didn’t come close to matching rhetoric," Tom Angell, the founder of pro-marijuana legalization group Marijuana Majority, told Business Insider.

Still, according to Smith of the Drug Policy Alliance, the Obama-era ONDCP did help advance harm reduction strategies. Those included "reducing the red-tape" around accessing medication-assisted treatment, which experts call the gold standard for opioid treatment. And the administration touted state-level reforms such as drug courts, programs that provide the anti-overdose drug naloxone to police and first responders, and Good Samaritan laws, which provide legal protection to those who assist someone whose life is in danger, such as during an overdose.

"The ONDCP has worked as an effective partner on those reform efforts in some instances, but it was always embedded within the larger policy of drug prohibition," Frydl said.

The Obama administration showed that the agency can be "a force for good," said Smith, who added that even the small pivots towards a public health-centered approach seen under Obama would likely be reversed under a Trump-era ONDCP.

For the vast majority of its history, the ONDCP has been behind three major initiatives — a national anti-drug media campaign, the High Intensity Drug Trafficking Areas (HIDTA) program, and the Drug-Free Communities Support program. All have questionable records of success.

Funding for the media campaign was severely reduced years ago, while Trump called for the complete elimination of the HIDTA and DFC programs in the budget memo.

Anti-drug media campaigns administered by the ONDCP like "Above the Influence," and its 1980s-precursor "Just Say No," among others were declared "not effective in reducing youth drug abuse" by the Government Accountability Office in 2006. A 2008 study found similar results, while a 2015 study found mixed results.

"The ads had the opposite effect of what was intended because they were so ridiculous and misleading," Smith said. "The media campaign was an abysmal failure."

HIDTA was an initiative created in 1990 to combat drug trafficking in critical areas of the country by providing assistance, funding, and coordination with local and state enforcement efforts. The idea behind the program was to funnel resources to areas of the country like the Southwest border, Los Angeles, and New York hardest hit by trafficking. Over time, the program has expanded in jurisdiction and funding, expanding from $25 million and five regions in 1990 to $254 million and 28 regions in 2017.

Many politicians have championed HIDTA, including Democrats like Maryland Rep. Elijah Cummings and Schumer and Republicans like Portman and Senate Majority leader Mitch McConnell. Law enforcement agencies have said that HIDTA funds have been vital to local efforts to combat drug trafficking.

Angell called HIDTA a "drug war dinosaur," while Smith said that HIDTA’s "purpose has been lost" as it expanded.

Meanwhile, studies have found the most high-profile such program, DARE, to be a failure.

Many on both sides of the aisle have argued the ONDCP has a strong role to play in mitigating the opioid crisis, pointing to Obama-era ONDCP successes as evidence that the agency can steer federal policy in an effective direction.

There is little doubt that the Obama-era director Botticelli, a recovering alcoholic, played a considerable role in pushing the federal budget needle toward prevention and treatment.

And landmark 2016 laws like the 21st Century Cures Act and the Comprehensive Addiction and Recovery Act, which both included millions of dollars in funding for opioid initiatives, were steered by the agency.

But there is little confidence among drug policy advocates that an ONDCP under Trump would do much good, given its long checkered history and its continued advocacy for an enforcement-heavy strategy under Obama.

"If you believe in a robust federal government that has well-funded agencies to tackle serious issues like drug abuse, there should be an agency focused on this," Angell said. "However, ONDCP has been an abysmal failure."

"Having an official in the federal government that is focused squarely on coordinating resources can be good when the agenda is good," Smith added. "Unfortunately the ONDCP has a history of advancing predominantly counter-productive policies."

That’s not to say that advocates are optimistic about drug policy under Trump in light of the ONDCP cuts. Frydl said, given the proclivities of officials including Attorney General Jeff Sessions, a notorious anti-drug hardliner, it is likely that the administration leans heavily on enforcement.

"It’s hard for me to regard this as a step forward in terms of drug policy, but it is in terms of transparency," said Frydl, who added getting rid of the ONDCP would "unmask drug prohibition for the punitive reality it is."

As far as the opioid crisis is concerned, it is yet to be seen what Trump’s approach will be. The opioid commission headed by New Jersey Gov. Chris Christie will take months before it proposes its recommendations.

A White House spokeswoman, Sarah Huckabee Sanders, told reporters after reports of the cuts that the opioid crisis is still "a top priority" for Trump.

Meanwhile, the Republican-proposed American Health Care Act, if enacted, would do considerable damage to efforts to fix the crisis, advocates say, thanks to huge cuts to Medicaid and the possibility that substance-abuse treatment could become no longer covered under some health plans.

Millions of Americans suffering substance-use disorders could lose access to treatment as a result. 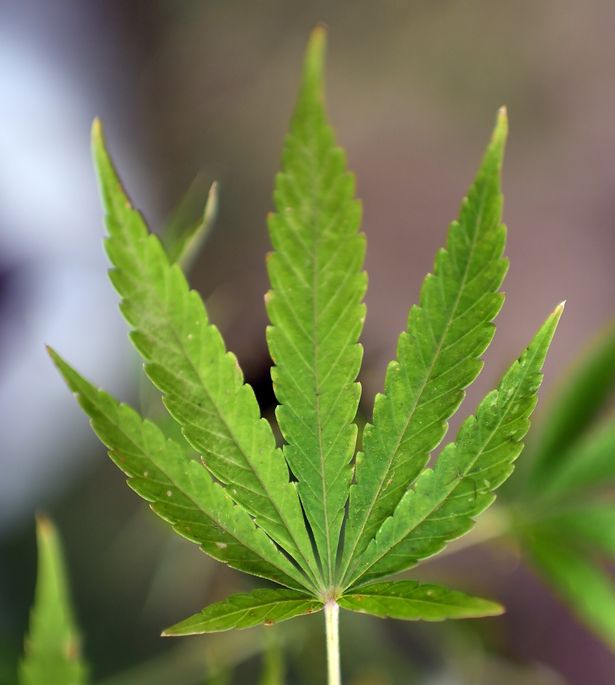 What Does The US Drug Czar Actually Do?

Are Anti-Drug Ads a Big Waste?