South Africa: Medicinal Dagga Could Be Legal In 3 Months

Dagga could become legal for medicinal purposes as early as three months' time.

IFP MP Narend Singh told The Independent on Saturday that the change in legislation "could be finalised by the end of July, or August", cautiously adding: "But you never know."

Last year his fellow party MP, the late Mario Oriani-Ambrosini, made an urgent call for its legalisation for medicinal use. He had been using it for his lung cancer.

His appeal found an ear in the country's top office.

"I was touched to see the man I've known and worked with for more than 20 years in this condition. I've asked the minister of health to look into this matter," President Jacob Zuma said in Parliament.

Since then, Oriani-Ambrosini's proposal had been gazetted, public comments had been called for and the matter had been placed before the portfolio committee on health, said Singh. "The committee has not yet decided on its motion of desirability."

"Collectively, we have to push hard with this campaign, before bureaucracy takes hold and tenders are put out to Parliament members who are preparing their farms to grow marijuana once the law is changed," said Sarah-Jane Brown, organiser of past pro-dagga marches.

Known as "the Robin Hood of cannabis oil treatment", his foundation sells the oil at prices undercutting "rival" formal medicine and often free. "If people can't pay. So what? They need it more than me."

He says cancer is the disease that attracts most people to the oil. "Frequently, people say they want oils rather than chemotherapy."

Cramer spoke of a "big underground movement" making and using cannabis oil. "It's no longer just the hippies."

He cites examples of users — a policeman who suffers post-traumatic stress disorder; a housewife who uses it to treat migraine headaches; and a brain-damaged child who is in a permanent state of seizure, whose mom "was desperate and got hold of us. Within the first day the child slept through for the first time in 13 years".

Although Cramer, a lawyer, smokes dagga, he stressed that he does not lobby "for the teen next door" but for people who need medication. He's been arrested more times than he can count but has never been convicted. "The fear factor doesn't work for me. I've been klapped (hit) and handcuffed.

"The problem is that they use scare tactics to stop you from using your rights. Once you exercise your rights you'll be surprised at how the case falls apart."

However, he said he never had a "beef" with the police. "My fight is with the legislation they are upholding."

Meanwhile, until there is any legislation change, the narcotic remains illegal.

"In South Africa, the possession of dagga is still criminalised and it will remain that way until it is decided otherwise," said the Director of Public Prosecutions Moipone Noko. 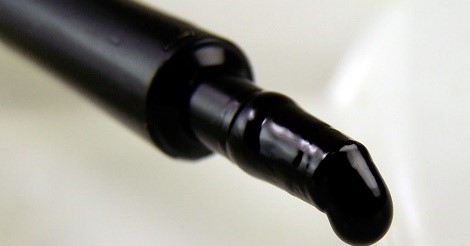 J
South Africa: Medicinal Dagga Could Be Legal In 3 Months