Next year could be the year that South Carolina establishes a legal medical marijuana program. Representative Todd Rutherford, a Democrat, recently pre-filed the "Put Patients First Act," or H. 3128, which would allow people suffering from certain diseases to be prescribed medical cannabis by their doctors.

H. 3128 would permit marijuana to be provided to patients with cancer, glaucoma, HIV/AIDS, and potentially other medical conditions such as cachexia, severe pain or nausea, seizures, and muscle spasms. Patients could possess up to two ounces of marijuana and, while waiting for dispensaries to open, could grow up to six plants in their homes.

The most recent legal movement for marijuana in South Carolina came in 2014, when the state passed a bill that permitted hemp farms, and allowed children to use cannabidiol for medical trials. But the last time the state legislature took up a medical marijuana proposal was in 2007; that bill failed to pass.

"The time has come to put aside archaic misconceptions of medical marijuana and put patients first," Rutherford said in a statement to Columbia-based news outlet WLTX. "I hear devastating stories every single day from people who are battling epilepsy or suffering from a brain tumor who desperately need medical marijuana to treat the debilitating symptoms."

Rutherford pre-filed another medical marijuana bill, House Bill 3162, which would allow veterans with post-traumatic stress disorder to use marijuana. In order to reach a House vote, both bills would need to pass a committee vote. If the House passes the bills, they would move to the Senate, and finally, to the governor's desk.

Cannabis remains illegal in much of the South, save for Florida, which passed a medical marijuana bill on Election Day, and Louisiana. The legalization flurry on November 8, when eight states legalized marijuana in some form, passed over South Carolina. And as 2016 comes to a close, more than a quarter of Americans live in a state where pot is at least medically available.

South Carolina, if Rutherford's bill can garner enough traction and support, could join the legion of states whose marijuana laws are rapidly changing. South Carolinians are ready for a change in the law: in a poll conducted in October, 78 percent said they support medical marijuana. 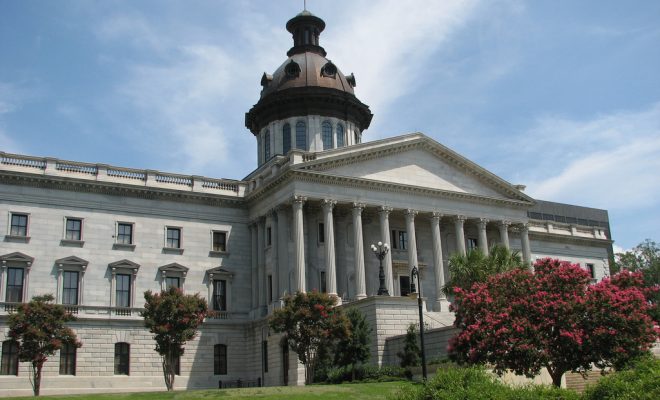