South Carolina's prohibition of marijuana and marijuana-related products for medial purposes could go up in smoke if recently filed bills are signed into law. Sen. Luke Rankin, R-Myrtle Beach, and Ray Cleary, R-Murrells Inlet are among 12 senators co-sponsoring Senate Bill 1035, which if signed into law would legalize clinical trials of cannabidiol oil, a marijuana extract, for medical uses. Called the Medical Cannabis Therapeutic Treatment Act, the bill calls for the creation of a research program through the S.C. Department of Health and Environmental Control (DHEC).

Patients would become eligible to participate through the program. The purpose, according to the act, is to "determine who and under what circumstances medical cannabis can be administered to a patient." A companion bill, House Bill 4803, passed three readings on April 3 before it was sent to the Senate, where it was referred to the Committee on Medical Affairs. Cleary, chair of the Senate medical affairs subcommittee, said he hadn't seen H. 4803 yet, but noted S. 1035 is different from other measures attempting to legalize medical marijuana because it's restricted to cannabidiol.

"The oil situation that we're talking about doesn't have any of the psychotropic aspects of [marijuana]," he said. "It doesn't make you want to eat snack food. It's more of a medicinal extract." The Rankin-Cleary bill is one of several attempts growing in the state legislature to partially legalize marijuana in South Carolina. Democratic voters will be faced with an advisory referendum question in the June primaries asking them for their position on medical marijuana. "Should medical marijuana be legalized for use in cases of severe, chronic illnesses when documented by a physician?" the question reads.

House Bills 4872 and 4879 create the South Carolina Medical Marijuana Act, which authorizes the medical use of marijuana for patients suffering from "chronicle or debilitating" conditions, such as severe pain, severe nausea, seizures and other ailments. Both bills contain nearly identical wording and were given first reading and referred to the House Judiciary Committee on March 6. In December, Senators Tom Davis, Kevin Bryant and Lee Bright prefiled S. 839, a measure that makes it legal to grow industrial hemp in South Carolina. 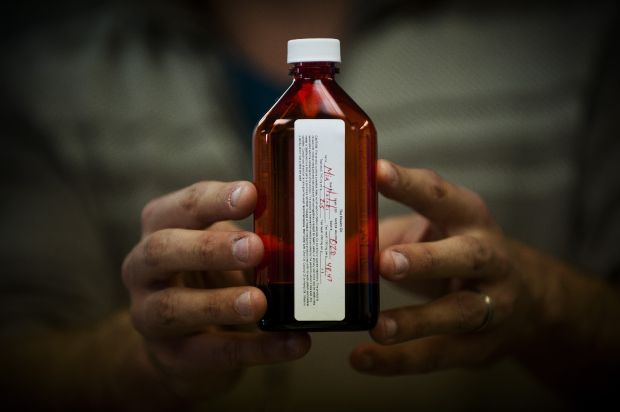