South Carolina, among the most conservative states, is one of 40 states that have approved medical marijuana for patients' use, while four states – Colorado, Washington, Oregon and Alaska – have legalized the drug for adult recreational use.

Regardless of political affiliation, gender or age, voters seem to prefer enforcing state marijuana laws, according to the poll, conducted by Democratic firm Public Policy Polling. A majority of voters who identified as Republican voted for Mitt Romney in the 2012 presidential elections, are over the age of 65 and consider themselves either conservative or very conservative still supported South Carolina over the federal government.

"The Obama administration has made some helpful accommodations to let states start to move forward, but overarching federal prohibition laws still stand in the way of full and effective implementation," Mr. Angell said. "Presidential contenders in both parties would do well to make marijuana law reform a prominent issue in their campaigns, and they'd be better off doing it before other candidates realize just how much of a winning issue this is with voters."

South Carolina Sen. Lindsey Graham, who is running for president, has a hazier stance on marijuana legalization in states. He is not a fan of legalizing marijuana completely, but he has also not been opposed to medical marijuana, saying, "This is about people. This is about families with sick children. Why should someone in my position get in the way of helping a child, if you can reasonably and logically do it?"

When Washington, D.C., was moving toward legalizing marijuana for recreational use, Mr. Graham said it was "pretty far down my list of priorities," refusing to take a stance on it.

The survey of 1,115 likely South Carolina voters was taken Sept. 3-6 and has a margin of error of plus or minus 2.9 percentage points. 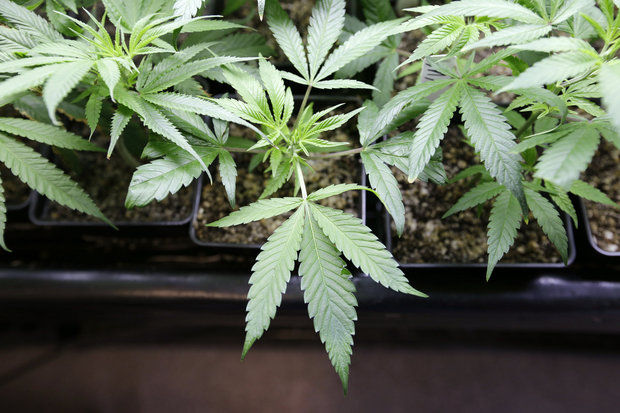