A bill legalizing medical marijuana for some medical conditions will not advance until next year, S.C. senators said Wednesday.

“This is going to get done,” state Sen. Tom Davis, R-Beaufort told supporters at a Senate panel meeting.

Senators on that panel postponed debate on the bill, and will hearing more testimony from advocates and opponents of legalizing medical marijuana before next session starts in January.

Sen. Ray Cleary, a Georgetown Republican who heads the panel, said he hopes to advance the bill in the first few days of the 2016 session. Lawmakers only have eight days remaining in this year’s session.

Davis, the sponsor of the bill, said that the bill would address concerns that cannabis grown for medicinal purposes might be diverted for recreational use. The marijuana grown for medical use would be tracked from seed to sale under the proposal, he said.

Davis was successful last year in passing a proposal that allows the use of cannabidiol oil to treat certain forms of epilepsy.

Conditions that would qualify for medical marijuana use, if the new bill became law, would include: 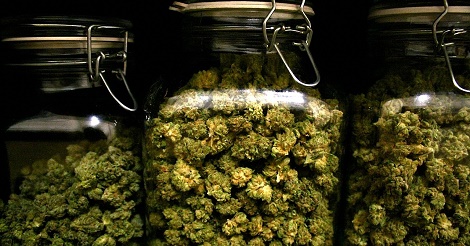