The last bank in Colorado that was publicly doing business with the medical marijuana industry is closing all of those accounts because of concerns over regulations and legal issues.

The bank sent out a letter last week to its medical marijuana account holders requesting them to have their bank accounts closed by Sept. 30.

"Colorado Springs State Bank has been helping us for over a year and has consistently been telling us we have nothing to worry about," she said. "It was a pretty abrupt decision. To do it in the manner they're doing it in was really a shock to us."

Local dispensaries have had several banks abruptly drop their business, Garduno said. On the heels of Colorado Springs State Bank's decision, another local bank appeared ready to step into the void, but then got cold feet, she said.

"Anytime the name of the bank gets out and people try to rush it, we just get shut down," Garduno said. "We're a hurting unit right now."

"For us to remain state compliant, we really need to have a bank," she said. "We can't have cash coming and going for everyday items. We need to be paying our rent with checks."

Debit cards, checks and online banking are things that are taken for granted, so adapting to a cash and carry business isn't easy.

"I know I don't use cash anywhere these days," Garduno said. "I don't even have cash, I think I remember what it looks like."

Whitten told the Boulder Daily Camera that banks would probably consider reopening their doors to the medical marijuana industry if federal laws outlawing the use of marijuana change.

"It needs to proceed or evolve into a more traditional institution with financial reporting and the same requirements of other small businesses," he said. "I would hope that if it became legal on the federal level it would be like any other business and we would go back to them." 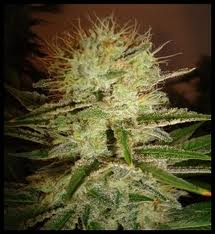