St. Cloud, Minn. (KNSI) - St. Cloud will be a distribution center by July for one of two manufactures chosen and announced today for the state's new medical cannabis program.

"One of the biggest challenges with plant-based medication is how do you come up with something that is consistent from dosage to dosage, and how do you do something that's targeted for your particular condition," Munson-Regala said.

Commissioner Dr. Ed Ehlinger said the two manufacturers were selected based on their commitment to the patient experience, technical proficiency in cultivation and the formulation of medicine, rigorous safety and security standards, and sound business planning and resources.

The two manufacturers will be responsible for growing the medical cannabis, processing it into pill or liquid form, and distributing the medications through a network of eight distribution sites (four sites per manufacturer) they will establish around the state.

"It doesn't work in the same way for different people, so a formulation that might work for someone with epilepsy might be totally inappropriate for someone with MS," Munson-Regala said about medical marijuana. "

Their selection came after an exhaustive review process that examined applicants' operational track records, financial stability, business plans, and a host of other factors.

"The tricky part is to find partners who are capable of meeting the very aggressive timeline set out by our Legislature," Munson-Regala said.

LeafLine Labs is a Minnesota-based company founded by two emergency medicine physicians, members of the Bachman family and executives from Theraplant, a Connecticut-based medical cannabis manufacturer.

LeafLine Labs' manufacturing facility will be located in Cottage Grove. They plan to open an initial distribution center in Eagan on July 1, with other locations in Hibbing, St. Cloud and St. Paul before or by July 1.

"The law required that the distribution centers be geographically dispersed so as to ensure the broadest range of access for patients," Munson-Regala said.

Their manufacturing facility, located in Otsego, was started in July this past summer and will be functional this week. They plan to open four distribution facilities in July with locations in Rochester, Maple Grove, Minneapolis and Moorhead. 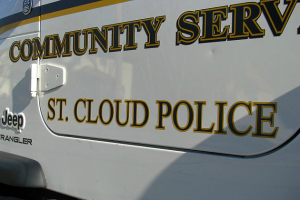