Chairman of the Cannabis Movement of St Lucia, Andre De Caires, has welcomed Jamaica's decision to give the green light to the so-called Ganja Bill, but chided authorities here for dragging their feet on the issue.

The changes to the Dangerous Drugs (Amendment) Act in Jamaica will make possession of two ounces or less of marijuana a non-arrestable, ticketable offence that attracts no criminal record.

"I feel more angry than vindicated," De Caires told reporters adding that he had been advocating for years for the decriminalization of marijuana here, to no avail.

The Jamaica government is hoping to see significant economic gains from the decriminalization of ganja, particularly in the area of medicinal use, which is a US$2.5-billion market in the United States.

De Caires, pointing to the current economic challenges facing St Lucia, said that decriminalizing marijuana could be this country's salvation.

"We have a vision and we have had that vision for a long time of a diversified, integrated agriculture industry," he stated, but lamented the current St Lucia Labour Party (SLP) and the previous United Workers Party (UWP) Governments, had ignored arguments in favour of cultivating marijuana as an economic crop.

Nevertheless he felt recent developments in Jamaica would put pressure on St Lucia and other CARICOM (Caribbean Community) states to follow suit. 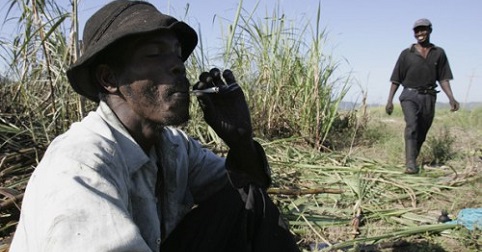