Put down that joint for a second and ask yourself, how do you actually get high?

Scientists finally understand one more key part of the process. A new study in the journal Cell recently laid out the structure of the CB1 cell receptor, which binds to THC (tetrahydrocannabinol), the chemical in weed that gets you high.

The CB1 receptor is part of a greater regulatory system in the body known as the endocannabinoid system, which monitors mood, sleep, appetite, pain sensation, immunity, and several other functions. This endogenous system of cannabinoid receptor cells was only discovered in the 1980s, but has played a vital role in medical research ever since, according to the study authors from institutions including ShanghaiTech University and Northeastern University.

With this new study, scientists now know that the CB1 receptor, responsible for getting your body high on THC, is a three-dimensional crystalline structure. While the receptor is present throughout the body, it's most commonly found in the central nervous system, which is why it's so critical to getting high.

"Suddenly we've been given the design of the building," said Dr. Mark Ware, vice chair of McGill University's task-force on cannabis, who was not an author of the study. "We can work out ways to get in the building, we know where the windows and doors and stairs are, and we know of how the building is structured now."

"While the overdose of THC/marijuana has not been documented, there have been cases of severe and even deadly responses to the ingestion of such synthetic mixtures," the study researchers wrote. "It remains unclear as to why THC can have such a high safety margin, while the synthetic cannabinoid constituents can prove toxic with varying severities of serious side effects."

Knowing the structure of the CB1 receptor offers enhanced understanding of the molecular basis for its physiological functioning, according to the researchers. With knowledge of CB1's structure, medical marijuana and pharmaceutical development can also better design medicines or cannabinoid compounds to more effectively target the receptor.

In the meantime, now you know that getting high is about more than just inhaling. 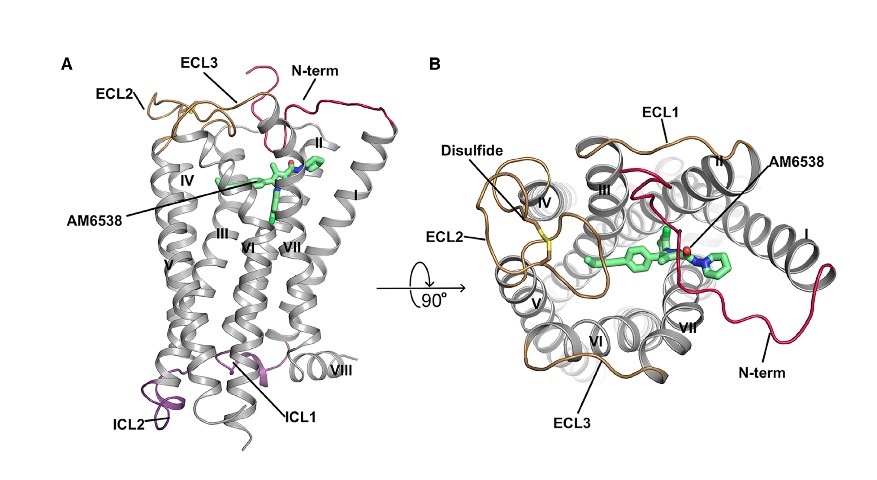