Startups Seek To Cash In On Cannabis, But Some Fear Israel Will take A Hit

When CNBC asked venture capitalist Kevin O'Leary why he wants to invest in the marijuana market, he replied that selling the substance, which has recently been legalized in eight US states, is like "getting an opportunity to get into alcohol after Prohibition just ended."

With green in their eyes, Israeli entrepreneurs have also spotted this soon to be growing opportunity, and at least 700 have applied to the Israeli Health Ministry to grow or sell cannabis-related products ahead of the expected approval of a law that would allow the export of medical cannabis.

What was once considered a dangerous narcotic is now touted as a wonder treatment for many ailments and relatively harmless recreational drug if used responsibly. Allowing exports could also boost the economy. But law enforcement officials fear more marijuana on the legal market can also seep onto the street where it can end up helping the mob and hurting minors.

At a recent tour of his company's facility near Beit Shemesh, with the sun beating down mercilessly on its 23 acres of fields, Tamir Gedo, CEO of Breath of Life Pharma, told reporters that Israel has the perfect climate for growing cannabis.

"Israel is blessed with 340 days a year of sun, and cannabis flowers thrive in a warm climate," he said. "It costs a fraction of what it costs in Canada to grow a gram of cannabis."

Breath of Life is one of eight cannabis growers currently operating in Israel and selling their wares to the local medical cannabis market. Breath of Life has built a state-of-the-art cannabis production plant alongside its large field of greenhouses that can grow up to 80 tons of cannabis per year (about $800 million worth at today's street value).

Cannabis is the ultimate cash crop, and many kibbutzim would also like to grow cannabis and sell it to Breath of Life's facility, which Gedo says is the largest in Israel and possibly the world. His company plans to produce medical cannabis with five different delivery systems, including pills, inhalers and cookies and hopes to produce cannabis for recreational markets as well.

"There is tremendous interest from investors and buyers abroad," he said "but I can't reveal too many details."

Speaking to about 20 journalists in the large, airy facility that smelled of floor polish rather than weed, Gedo said Israel has also become an R&D center for medical marijuana because of the restrictions that still exist in other countries on obtaining samples and conducting research. Medical cannabis is legal in Israel, while using cannabis for recreational purposes is against the law. Studies conducted in Israel show promise for treating children with severe autism as well as adults with diabetes.

"We have conducted observational studies of children with severe autism and seen children that began to talk, or who called their mother for the first time," said Dr. Adi Aran, 47, the director of the neuropediatric unit at Shaare Zedek Medical Center, who spoke at the press conference organized by BOL Pharma.

Breath of Life, along with Israel's 700 other cannabis startups and would-be startups, is waiting impatiently for a proposed law to make its way through the Knesset permitting the export of medical cannabis. The bill is currently waiting to be brought before the Knesset plenary for a first reading.

"We think that by the end of the year we'll be allowed to export," predicted Gedo.

It is difficult to find anyone in Israel from any walk of life or political persuasion who is not a true believer in the powers and potential of cannabis, with the exception perhaps of Gilad Erdan, Israel's public security minister, who oversees the police.

In a letter last month to Finance Minister Moshe Kahlon and Health Minister Yaakov Litzman, both of whom support the proposed medical cannabis export law, Erdan wrote that the economic benefits that cannabis exports would bring do not justify "the harm that could be done by transforming Israel into the flagship country for cannabis exports," according to the Ynet news site.

One of Erdan's foremost concerns is that the police do not have the manpower or budget to ensure that there is not substantial leakage of cannabis from legal growers (all of whom must have a clean criminal record and promise to enact strict security measures around their farms) to criminals who will almost certainly sell cannabis to minors.

If the growth industry expands to include exporters, that will increase the risk that marijuana will find its way to the street, according to the ministry's legal counsel, quoted by Ynet.

Police believe that the potential for criminal activity increases in proportion to the amount of cannabis being cultivated in the country, whether legally or illegally, according to the counsel, which also raised concerns about mob activity. Erdan himself said he feared "massive leakage" of cannabis throughout the country.

The sale and trade of cannabis was restricted internationally by the revised International Opium Convention, signed in Geneva on February 19, 1925. The convention restricted international trade of opium, coca (cocaine) and cannabis due to what was seen as their dangerous, addictive nature. Cannabis was not originally on the list of substances to be banned, but was added following an impassioned speech from the Egyptian delegate who beseeched the other delegates present to help Egypt and Turkey eliminate their "hashish" scourge.

"Taken thus occasionally and in small doses," said the Egyptian delegate M. El Guindy that year, "hashish perhaps does not offer much danger, but there is always the risk that once a person begins to take it, he will continue. He acquires the habit and becomes addicted to the drug, and, once this has happened, it is very difficult to escape. Notwithstanding the humiliations and penalties inflicted on addicts in Egypt, they always return to their vice. They are known as 'hashashees,' which is a term of reproach in our country, and they are regarded as useless derelicts."

Incidentally, the Hebrew slang word for carefree fun, "kef" comes from the Arabic word for cannabis.

Few Americans, Israelis or residents of countries that are signatories to international narcotics treaties remember a time when cannabis was not restricted by law. But attitudes, and with it the law, are beginning to change.

An October 2016 Gallup Poll found that 60 percent of Americans now favor legalizing marijuana, up from 12 percent in 1969. Support is highest among those adults aged 18-34. In a second Gallup poll, 45 percent of US adults say they have tried marijuana. Legalization and decriminalization has followed social acceptance. Marijuana is currently legal in eight US states and medical marijuana is legal in 30. Canada legalized medical marijuana in 2001 and its current prime minister Justin Trudeau promised to legalize it for recreational use during his election campaign. The legislation is expected to go into effect in mid-2018.

In Israel, police have said they support a decriminalization process, though activists say it has yet to show any effect on the street.

Drugs historian David Courtwright suggests in his book "Forces of Habit: Drugs and the Making of the Modern World," that there is no question cannabis will be good for the economy. Addictive substances, he writes, whether they be sugar, tobacco, alcohol or restricted drugs like cannabis, coca and opium, have always spurred the economy, both through their sale to consumers who cannot help themselves or through the secondary problems they generate like obesity, cancer and addiction.

"Problem profits are a defining feature of mature capitalism, which can no longer sustain growth simply by churning out innocuous commodities and durable goods," Courtwright writes. "Soy beans and clothes driers generate only so much economic activity. Drugs, which radiate externalities, produce far more. They are a kind of perpetual motion machine, providing steady work for everyone from peasants to lawyers to drug historians."

What externalities, or costs to society, the widespread legalization of cannabis will bring remain to be seen. But there is no question its legalization for medical use will help many people as well.

At the Tikun Olam cannabis dispensary on Tel Aviv's Ibn Gavirol Street, this reporter recently approached a guard checking visitors' prescriptions before allowing them to enter the building. An old man with an ashen face emerged grasping a small plastic bag, followed by a young man leaning on a crutch.

"What kind of people frequent your dispensary?" the guard was asked.

"Oh," he responded, "there are many sad cases. You have people with terminal cancer, people injured in accidents. I can't tell you how much the cannabis helps them. It finally gives them some relief from the pain." 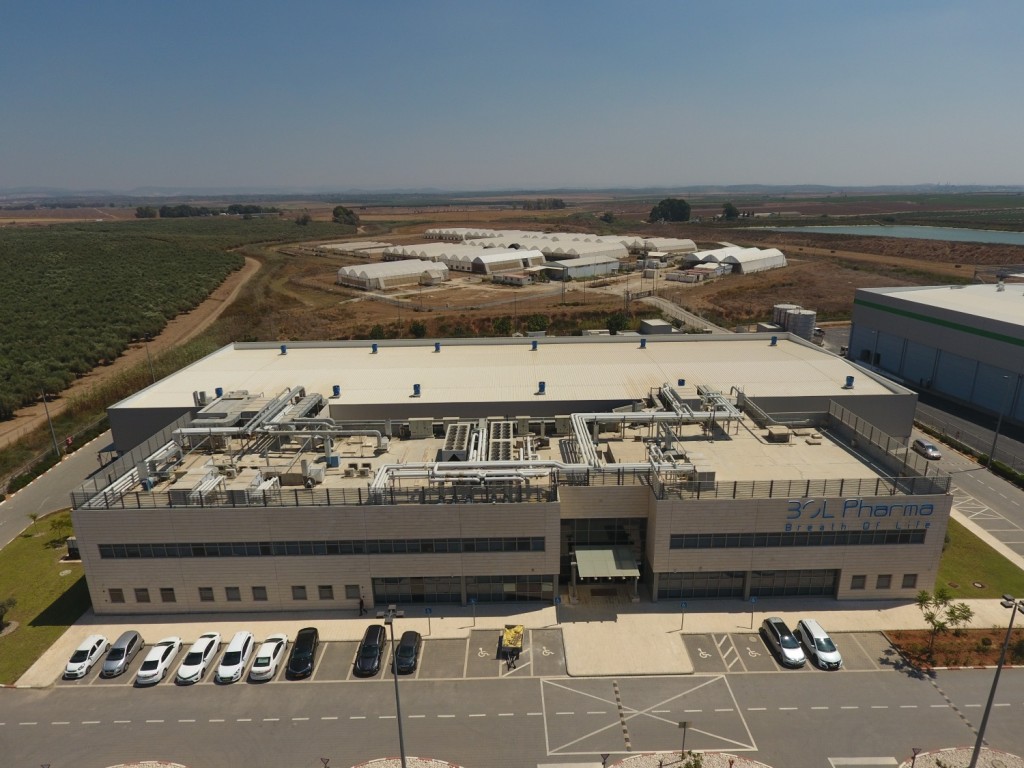