HELENA – The state on Tuesday appealed to the Montana Supreme Court a judge's ruling that blocked tough new restrictions on medical marijuana in Montana, and will argue there's no constitutional right to sell the drug for a profit.

The state Justice Department will ask the high court to overturn portions of Helena District Judge James Reynolds' June 30 decision, which stopped enforcement of several provisions of a new law passed by the 2011 Legislature to crack down on Montana's burgeoning medical marijuana industry.

The Legislature passed the law in reaction to an exploding number of medical marijuana patients and businesses in Montana during the past two years, as the number of patients grew from a few thousand to more than 30,000 earlier this year.

The law made it illegal for suppliers or "providers" of the drug to charge medical marijuana patients for the product, limited each provider to three patients apiece, and made it more difficult for patients to get a physician's approval to use medical marijuana.

The Montana Cannabis Industry Association is the lead plaintiff in a lawsuit filed this spring before the law took effect, challenging its constitutionality.

Judge Reynolds blocked the ban on charging for marijuana and the limit on patients per provider, saying the Legislature had made it as difficult as possible for people "to obtain this legally authorized product" and interfered with Montanans' "fundamental right of seeking their health in a lawful manner."

Jim Molloy, the assistant attorney general leading the defense of the law, said the state is concerned about the implications of Reynolds' ruling that seemed to say the state constitution "protects the rights to sell marijuana for a profit."

"We believe it's necessary to have the Supreme Court determine the proper constitutional standards to be applied before the case moves forward to a full trial," Molloy said Tuesday.

Reynolds ruling in June did not throw out the entire law, and only blocked certain provisions from taking effect until he could hold a trial on the law's constitutionality.

Any trial now will be delayed until the state Supreme Court rules on the appeal – a ruling that probably won't occur until next year.

Reynolds' ruling that blocks portions of the law remains in effect while the Supreme Court considers the appeals – as do the parts of the law that Reynolds let stand.

Tuesday's appeal notice by the state did not detail what parts of the Reynolds ruling the state will challenge, or on what grounds. The state's first written arguments on the appeal likely won't be filed until October.

Also Tuesday, Jim Goetz, a Bozeman attorney representing the Montana Cannabis Industry Association, said he'll be asking the Supreme Court to overturn portions of Reynolds' ruling that upheld portions of the law that the industry and users say are unconstitutional.

"In general, we (were) pretty pleased with (Reynolds') ruling, but as long as the state is going to appeal, we might as well tee up these other issues," he said.

The other issues include the law's blanket prohibition of medical marijuana for anyone on criminal probation and tighter definitions of a physician's "standard of care" when approving a patient for medical-marijuana use, Goetz said.

Goetz said he believes that Reynolds' ruling on the "core issue" of access to medical marijuana will be upheld.

"We have a situation with the Legislature saying, on the one hand, you can have access to medical marijuana for qualifying patients, but on the other hand, they provide no reasonable access to it, with the severe restrictions on sale," he said.

"That's nonsense, and that's what Judge Reynolds found unconstitutional, and I think the Supreme Court will, too."

Since the law took effect July 1, the number of Montanans with medical-marijuana cards has dropped from about 30,000 on June 30 to 27,335 on July 31. About 300 providers have registered or have applied for registration, state health officials said Tuesday.

The medical marijuana industry and its supporters also have mounted a petition drive to suspend the new law and put it to a public vote in November 2012. They have until Sept. 30 to gather the more than 24,000 signatures needed to place the measure on the November 2012 ballot. More signatures are needed to suspend it. 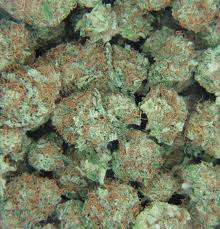