Two state senators say they see no reason why Gov. Scott Walker won't sign into law a bill that would make it legal for Wisconsin's farmers to grow industrial hemp.

Both the state Senate and Assembly approved a bill earlier this month that would establish a pilot program to allow farmers to grow hemp with a license.

The 2014 federal Farm Bill opened the door to allow states to decide if hemp, which is closely related to marijuana but with much lower levels of THC, the active ingredient that makes people high, could be grown. More than 30 states, including neighboring Minnesota, Michigan and Illinois, have legalized growing hemp.

"We import $500 million annually of industrial hemp from Canada," he said. "This is a prime example that we can lessen our dependence on foreign imports by growing it right here in the state of Wisconsin."

From food to textiles, hemp is a versatile crop that can be used in hundreds of products.

State Sen. Kathleen Vinehout, D-Alma, who is challenging Walker in the 2018 election and has supported legalizing industrial hemp since she was first elected, said Wisconsin had the last hemp processing facility in the U.S. in the 1950s

"The crop was well-suited to our climate. It grew well, and it was profitable for farmers. Somehow in the 1950s, hemp got all mixed up with its cousin (cannabis) and poor hemp lost out," she said. "Over the years, people have realized that hemp is a commodity, like corn and soybeans."

The governor is still reviewing the bill and it's unclear if he will sign it into law. 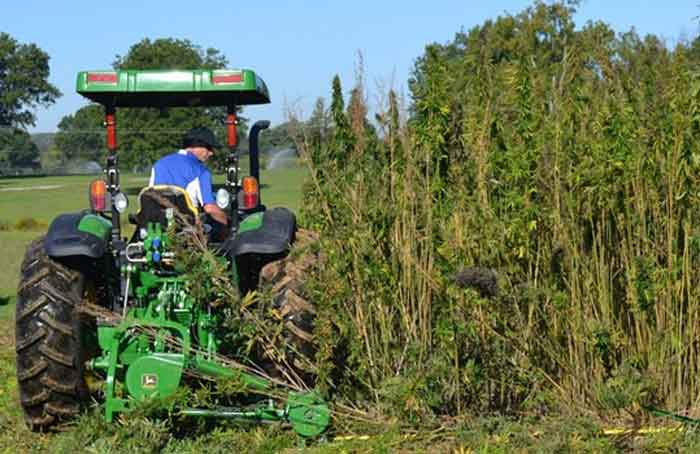