Missouri - For Eric Schmitt, there's no better time than family time. He enjoys the moments spent with his wife Jaime and his daughters Sophia and Olivia, but he admits his son Stephen gets most of the attention. "He's a very special kid and we're very thankful that Stephen is in our lives," said Schmitt proudly. At 9-years-old, Stephen is still a kid but he's faced more challenges than most adults.

It was last May when Schmitt, a Republican state senator from Glendale, stood before his colleagues in Jefferson City to tell them about Stephen and his struggles with intractable epilepsy. He said then, "I pray every night when I'm holding him that something will make a difference." Schmitt was speaking in support of House Bill 2238, which would allow a special extract from a marijuana plant to be legal for use on patients like Stephen who suffer brain trauma from constant seizures.

"We never thought we'd have our child on cannabis," said Jaime Bruno. Jaime and her husband Frank say the extract has been nothing short of miraculous for their 5-year-old daughter Grace, who was having as many as 300 seizures a day. "We haven't seen a seizure in 24 days," she said. "It's the longest we've ever gone. We've never even gone one day." But the Brunos had to move from St. Louis to Colorado to legally get the extract, which is an oil called CBD. The oil is extracted from the type of marijuana plant that is bred to have very low levels of THC, the ingredient that gets people high.

"We were shocked," said Bruno. "It's just crazy the changes we've seen." "I think there is a really strong message there that says already there's a group of patients that seems to get a good response," said Dr. Steven Rothman. Rothman, a neurologist at Mercy Children's Hospital, is excited about the anecdotal evidence of CBD but says more scientific research is needed. "There's a long history in medicine of people anecdotally advocating for certain kinds of treatments having those widely disseminated when they're finally tested they are proven to be ineffective," Rothman said.

And the truth is, Eric Schmitt doesn't know if CBD oil will work for Stephen. What he does know, he says, is that families like theirs shouldn't have to move to Colorado to find out. "There are people moving their whole families to access this and they ought to be able to access this in their home state where they have their own support network," said Schmitt. It's just a first step on a long journey that the Schmitt's hope is finally moving in the right direction. "I'm just thankful we were able to pass the legislation," he said. 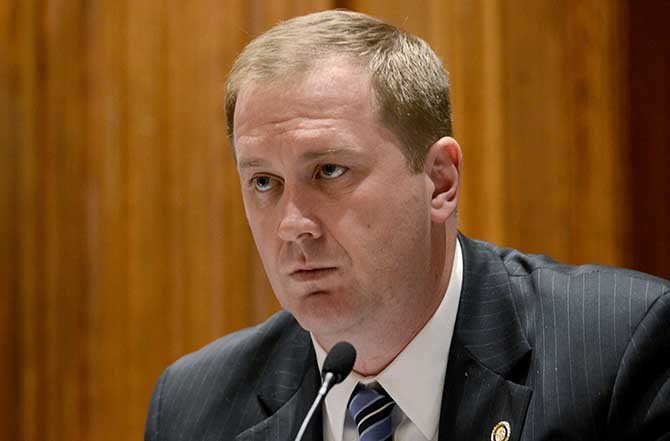