With the future of medical marijuana dispensaries in Western Massachusetts still uncertain, two unsuccessful license applicants say the state should give them another look. They are turning to the courts to make their case. Kind Medical, which wants to open a dispensary in Easthampton, and JM Farm's Patient Group, which wants to open a dispensary in Deerfield, are among the plaintiffs in two separate court cases against the Massachusetts Department of Public Health.

Both dispensaries say the state denied their licenses for no reason, after they met every condition DPH set. "The fact there are no dispensaries set up in Western Massachusetts is beyond belief," said Nick Spagnola, chief operating officer of JM Farm's Patient Group. "It's just not right, especially when there are very qualified groups out there who did everything right, listened to DPH recommendations, who genuinely expected to have a license based on what DPH asked them to do."

Scott Zoback, a DPH spokesman, said in a written statement, "We are pleased that multiple courts have validated our comprehensive process to ensure patient access and public safety across the Commonwealth. We are focused on moving forward with our inspection phase and the open county process to fulfill the will of voters." In a court brief, DPH officials say they had a valid reason, relating to background checks, not to license the JM Farm's dispensary. Both cases are in Suffolk County Superior Court.

The medical marijuana law passed by voters in 2012 requires the state to establish at least one dispensary in each county. DPH, on Jan. 31, approved 20 dispensaries for provisional licenses, including dispensaries in Hampden and Hampshire counties. It initiated a process to allow eight applicants to reapply in counties without a dispensary, including Franklin and Berkshire. However, the fate of any western Massachusetts dispensaries remains unclear. After granting provisional approval to Debilitating Medical Condition Treatment Centers in Holyoke, in Hampden County, the state denied it a license due to audit findings related to president Heriberto Flores' work as president of the New England Farm Workers Council.

The license for New England Treatment Access in Northampton, in Hampshire County, was put on hold after reports that executive director Kevin Fisher lied about his education on his application. As part of the open county process, the state is considering licensing a dispensary in Greenfield, in Franklin County. There were no new applicants for Berkshire County. Officials at Kind Medical and JM Farm's say the state should look back at the applications it denied. "Certainly, patient access depends on successful applicants. And we unfortunately have a case where the department, having had ample strong applications, chose to allow none of them," said former state Sen. Andrea Nuciforo, a Pittsfield Democrat and the clerk for Kind Medical. "It's a disservice to patients and unfair to applicants."

Both Kind Medical and JM Farm's were among a small group of applicants who were not granted licenses in January, but who were told that their applications were "deferred" due to issues with background checks. At the time, DPH gave each application a numeric score. The successful applicants, including those invited to apply in a new location, all scored between 137 and 160. Kind Medical scored a 148, the 13th highest score among all dispensaries and the second highest in Hampshire County. JM Farm's scored 141, the 14th highest score overall and the highest in Franklin County.

JM Farm's joined a lawsuit with two other unsuccessful applicants — Beacon Wellness Center and Mass Organic Therapy. All three said they scored higher than other successful applicants and had their applications deferred until they dealt with personnel matters. Each one severed ties with the individual in question, then was denied a license anyway with no explanation. The three argue that DPH's decision was arbitrary and capricious. They are asking the court to allow each of them to apply in an open county.

The office of Attorney General Martha Coakley, which represents DPH, responded in a court brief that the problems found in the background checks were reason enough to deny the license. The matters discovered during the background checks were "significant, relevant and highly troubling," wrote Assistant Attorney General Carrie Benedon. "And, in view of this information, the Department in its discretion ultimately determined that the applicants were not responsible or suitable to operate (a Registered Marijuana Dispensary)."

In JM Farm's case, their chair and cultivation manager James Pasiecnik was facing criminal charges for assault and battery and witness intimidation related to an incident in which Pasiecnik allegedly assaulted a man who came to collect money Pasiecnik owed him. Benedon wrote that severing ties with the questionable person does not give the dispensary a right to a license. DPH also contends that there was no "irreparable harm" done to the dispensaries, since they can reapply for a license in the future. But, DPH attorneys argued, there would be harm to the registration process and to other unsuccessful applicants, and further delays to patients, if the court circumvents the process by these particular applicants to reapply. The case is awaiting a judge's ruling.

Separately, Kind Medical sued the state on Aug. 25, arguing similarly that DPH's decision "was arbitrary and capricious, unreasonable, whimsical, and against the substantial weight of the evidence." According to the court filing, DPH told Kind Medical that its application was deferred pending resolution of a background check relating to the group's cultivation specialist, Jan Carlos Byl. According to court documents, Byl, who was also the cultivation manager for Beacon Wellness, had a criminal record.

Byl resigned from the organization. Nuciforo wrote in the court filing that he was told by DPH deputy council Kay Doyle that Byl's removal would result in Kind Medical being awarded the license given the strength of its management team and "the dearth of quality applications in western Massachusetts." Doyle also asked Nuciforo if he would be willing to reapply in Berkshire County, and he said he would. However, DPH told Nuciforo in June that Kind Medical had not been selected for a license. He was not invited to reapply in an open county.

Nuciforo claims DPH was inconsistent in applying its selection criteria. He is asking the court to direct DPH to award Kind Medical a license in Hampshire County and allow him to reapply through the open county process. DPH has not yet filed a reply in that case. Several other unsuccessful applicants have filed lawsuits, and judges so far have generally ruled in favor of the state.

Nuciforo and Spagnola expressed frustration with the process. Nuciforo believes his company did everything right. "It took time, it took money, it took energy to comply with the department's rules and to meet their very precise requirements," Nuciforo said. "It's hard for me to imagine a construct handled in a more arbitrary or capricious fashion than this one." Spagnola said he feels bad for the patients. "Those who have actually lost the most are those suffering. They're still in a legal gray area. They don't have safe medical access to marijuana," Spagnola said. 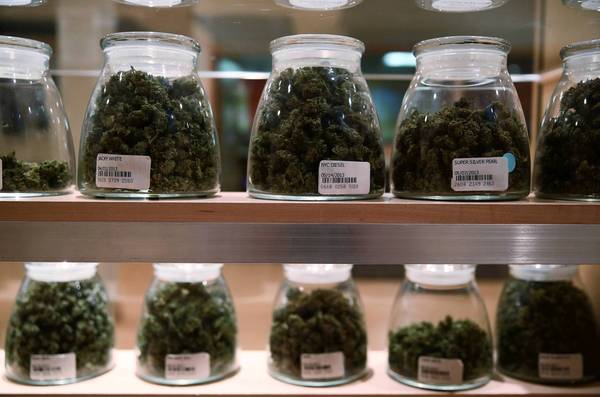