Two patients live in northern California and the rest live in and around Orange County, Calif., according to The Oregonian/OregonLive's analysis of 2014 state medical marijuana grow site data.

The Selma grow site, located in the heart of the state's outdoor marijuana growing region, serves far more medical marijuana patients than any other site in the state.

The next largest, according to The Oregonian/Oregonlive's analysis, serves 62 patients and is located in Southeast Portland.

Oregon has seen explosive growth in large-scale marijuana production in just the past two years, according The Oregonian/OregonLive's analysis. Among the findings: 282 grow sites statewide produce cannabis for 11 or more medical marijuana patients — a 130 percent spike since 2012.

The analysis also revealed 23 grow sites produce for 20 or more patients, a 156 percent increase since 2012. The Oregonian/OregonLive's analysis is based on 2014 grow site data maintained by the Oregon Health Authority.

The agency released the data in response to a request by The Oregonian/OregonLive. It includes ZIP codes for every Oregon medical marijuana grow site producing for 11 or more patients, as well as ZIP codes for patients associated with those locations. The information was stripped of patient identities and grow site addresses -- information that is, by law, confidential.

For every patient, growers can have up to six mature marijuana plant and 18 smaller plants. The amount of marijuana plants produce varies and depends on the conditions and growers' skill. An experienced commercial grower can produce a half-pound to a pound and a half per plant; a marijuana plant grown outdoors can produce between 3 to 5 pounds.

Oregon allows medical marijuana patients to grow their own cannabis or designate someone to do it for them. The state allows out of state residents to obtain patient cards. Large-scale medical marijuana producers often collect patient cards — a strategy referred to as "card stacking" — so they can boost the amount of cannabis they're allowed to produce under law.

Growers said they turn to friends and acquaintances as sources of patient cards. Commercial growers typically pick up some or all of the costs related to a patient obtaining a medical marijuana card.

At Shane McKee's Clackamas County marijuana grow site, patient cards are posted outside of each grow room. The longtime grower and Portland dispensary owner said he doesn't worry about oversight from the medical marijuana program; he's more concerned about proving his grow site is legal in case police show up.

Joel Jennings and Case Van Dorne, medical marijuana growers who own a Southeast Portland dispensary, Five Zero Trees, said they too worry about staying within the cultivation and possession limits of the medical marijuana law.

They always keep their patient cards handy in case they're questioned by police.

"I don't let those things out of my sight," Jennings said.

In an interview late last year with The Oregonian/OregonLive, Burns decried "card stacking" as "a sham."

His biggest worry, he said, is production will outpace demand and that Oregon marijuana will continue to leak into the black market.

"That's a problem," said Burns. "The message I want out is that you it at your own risk. You better do it in the system. If we find out you are selling it on the black market, it may jeopardize your ability to get a (recreational) license." 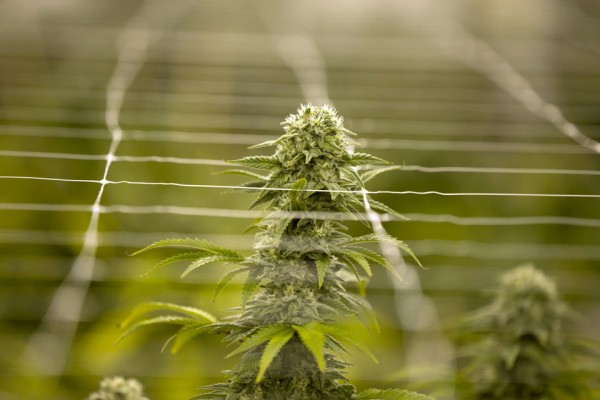