Much has been made about the change in attitude toward marijuana legalization across the United States over the past decade. Surveys now find a majority of Americans favor legalizing the once-demonized plant.

However, it doesn't take a cynic to see there is another motivator behind legalizing cannabis. That, of course, is money. Lots and lots of money. States that have legalized marijuana, especially for recreational use, are raking millions into tax coffers. Some examples of the jaw-dropping figures:

Cannabis revenue is a windfall for state governments that often work on tight budgets (in part from the costs of prosecuting and incarcerate nonviolent drug offenders). It also means that retail customers, dispensaries and growers should factor in taxes when calculating costs surrounding marijuana.

It's a huge market, obviously. One out of every eight Americans lives in California. Sales from marijuana are expected to reach more than $1 billion a year. Although the tax plan has drawn some criticism, the state plans on charging a 15 percent excise tax on recreational marijuana sales. Excise taxes are charged on purchases of a specific type of good.

But that's not all. Local governments in cities and counties around the state also have set a tax on marijuana sales, ranging from 7.75 percent to 9.75 percent. So, depending on where you are in California, you could pay 25 percent just in taxes on each purchase.

You can also expect some costs to get passed on to you. The state is levying "cultivation fees" on wholesalers that amount to $9.25 per ounce of cannabis flower and $2.25 per ounce of leaves.

Rates in other states

Here are rates in other states where recreational marijuana is sold or will be sold in 2018. Keep in mind sales might also be subject to the state sales tax.

Colorado: A 15 percent excise tax, plus whatever is charged by local governments (in Denver, it's 3.5 percent).

Nevada: A 15 percent tax on wholesalers, a 10 percent excise tax on consumers.

Oregon: A 17 percent sales tax, with local governments given the option to add an additional tax up to 3 percent.

As more states go public with plans to legalize marijuana, it's important to keep these numbers in mind. Yes, it's a great step forward for legal cannabis proponents and for cannabis entrepreneurs. But the fact it generates so much for government is certainly not hurting the marijuana legalization effort. 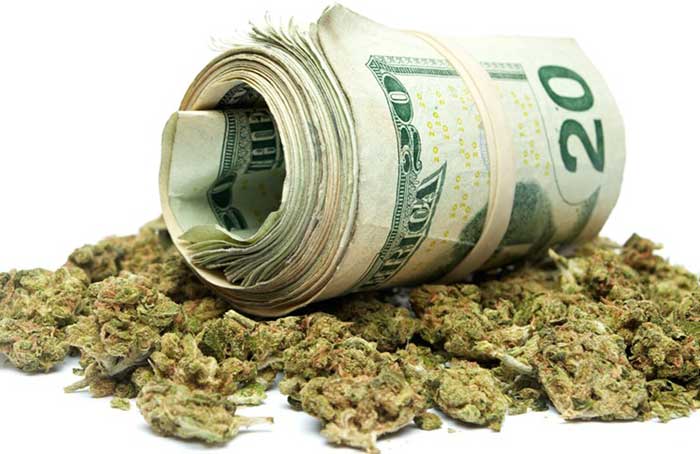