Unlike tobacco, smoking marijuana — even when done regularly — does not damage the performance of people's lungs, according to a recent study published by The Journal of the American Medical Association.

The two-decade research, which followed 5,000 people who smoked an equivalent of one joint per day over the course of seven years, found out that despite their regular marijuana use, subjects were still able to push out a normal amount of air in one second after taking a deep breath. This means that only minimal if any pulmonary obstruction has developed, contrary to findings involving tobacco.

"Recent evidence indicates that smoking marijuana, for lung cancer, is not as bad as smoking tobacco is," said Lyle Craker, a plant sciences professor at the University of Massachusetts who has studied medical marijuana for several years now. "Marijuana is relatively less dangerous than some other drugs."

One possible explanation from the authors of the study states that because marijuana users "train" themselves to hold in the smoke, they were able to maintain proper breathing cycles.

Still, smoking marijuana can result in heavy coughing and is linked to mental illnesses such as schizophrenia and depression, according to the National Institute on Drug Abuse (NIDA). The NIDA also states that cannabis impairs users' senses by reducing attention span and motivation, which makes them prone to accidents.

"All drugs contain alkaloids, and alkaloids are bad for you," Craker said. "Getting hooked on anything is bad for you."

Marijuana, which is now the most widely-used illegal drug in the country, has gained popularity among youth in recent years, according to the National Institutes of Health's Monitoring the Future study. The study shows that one out of 15 high school students smoke the drug daily.

"National surveys say that kids have a much easier time getting marijuana than they are getting alcohol because alcohol stores ask for an I.D., while underground drug dealers don't have a card policy," said Will Snyder, a UMass student and a member of the Cannabis Reform Coalition (CRC) on campus.

Snyder said that the government's anti-drug campaigns, such as AboveTheInfluence.org, fail to regulate marijuana use among teenagers because they "find a way to get [marijuana] anyway." He said that marijuana should instead be legalized with a minimum age restriction as with alcohol.

In addition, he said that marijuana is less fatal than other vices popular with youth, such as tobacco and alcohol, which kill 443,000 and 80,000 Americans each year, respectively, according to the Centers for Disease Control.

UMass student Rob Jacobs expressed concern over marijuana legalization if it was not sufficiently taxed and regulated.

"To just make it a legal substance doesn't enact the necessary control of it," Jacobs said.

The CRC has also been pushing for the legalization of growing marijuana for medical research. In 2007, it backed Craker as he pitched the idea of growing medical marijuana in the University for research purposes to the Drug Enforcement Administration. However, the DEA rejected his proposal.

At the moment, only the University of Mississippi is authorized to grow marijuana to be handed down to and studied by the Food and Drug Administration.

While he insisted that recreational usage of marijuana is still disruptive, Craker said that making marijuana a total taboo is not fair. Many have already speculated that marijuana could help to cure glaucoma and post-traumatic stress disorder, and may even help women to conceive better, he said. Currently, marijuana has no legal medical use according to federal regulations.

"Because it's not been tested in a scientific study, all we have is lay evidence," Craker said. "That's why we want to be able to grow this here at the University to provide material to medical doctors so it can run on clinical trials."

"If you say that there's no science behind [the medical use of marijuana], why can't someone like Professor Craker study it?" Snyder said.

"We live in an age of science, and these things should be tested," Craker said.

According to Craker, marijuana has been prohibited primarily because hemp was overtaking wood as a better fiber for paper production during the early 1900s. Because businessmen, such as publisher William Randolph Hearst, relied on their timber lands and did not want any competition, they insisted that "marijuana is the worst thing in the world."

This point of view, he said, was passed on from generation to generation, and at present, organizations such as the National Institute of Drug Abuse and the DEA employ people to promote a drug-free society. Consequently, legalizing marijuana would hurt certain people's jobs, he said.

"I don't want to accuse anyone, but things get into trends, and they're not willing to look at alternatives," Craker said. "I think it's those with an interest in keeping it restricted [who] demonize marijuana."

On the other hand, Snyder is optimistic that with findings that clarify people's knowledge about its health effects, marijuana would gradually become more accepted by society.

"Our generation's attitudes towards cannabis have become much more positive," he said. 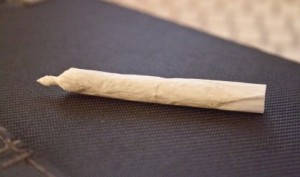 Prof Gets Boost In Bid To Grow Marijuana