Study Reveals Cannabis May Offer A Breakthrough Treatment For Alzheimer's

A study out of the Salk Institute for Biological Studies in California has demonstrated that the psychoactive compound in cannabis, tetrahydrocannabinol (THC), removes clumps of proteins from nerve cells which are believed to kick-start Alzheimer's disease.

Scientists continue to struggle when it comes to preventing and treating Alzheimer's. The illness affects about 50 million people worldwide. It is believed to result from a build-up of two types of substances in the brain's nerve tissue. The first are amyloid beta proteins that clump together between the neurons. The second are neurofibrillary tangles that form inside the neurons due to defective tau proteins that have clumped together.

The recent medical study now offers hope for a possible treatment of Alzheimer's patients. It reveals that THC aides in the removal of amyloid beta proteins that have accumulated between the neurons.

"Although other studies have offered evidence that cannabinoids might be neuroprotective against the symptoms of Alzheimer's, we believe our study is the first to demonstrate that cannabinoids affect both inflammation and amyloid beta accumulation in nerve cells." ~ David Schubert, study researcher from the Salk Institute for Biological Studies in California

Numerous studies have identified cannabis as a very beneficial plant with potential medicinal properties. Research has shown that cannabis components, such as THC, could be used to treat symptoms of chronic pain, epilepsy, HIV, chemotherapy, and other ailments. The list now includes Alzheimer's.

Back in 2006, researchers at the Scripps Research Institute found that THC inhibits the formation of amyloid plaques by blocking the enzyme in the brain that produces them, and now Schubert and his team have demonstrated that it can also eliminate a dangerous inflammatory response from the nerve cells, ensuring their survival.

Currently there are no drugs that inhibit cell death associated with neurodegenerative diseases. Because of this, researchers have been looking to develop techniques to remove neurotoxic amyloid plaque, which is a common symptom of diseases such as Alzheimer's, Parkinson's and Huntington's. Another research effort out of Australia has come up with an approach that uses "a particular type of ultrasound called a focused therapeutic ultrasound, which non-invasively beams sound waves into the brain tissue."

Schubert and his colleagues conducted their study of THC and its effects on the human brain by using lab-grown human neurons that mimic the effects of Alzheimer's disease. The next step for Schubert and his team is organizing a clinical trial to confirm that a link exists between THC and reduction of inflammation and plaque build-up in the brain. 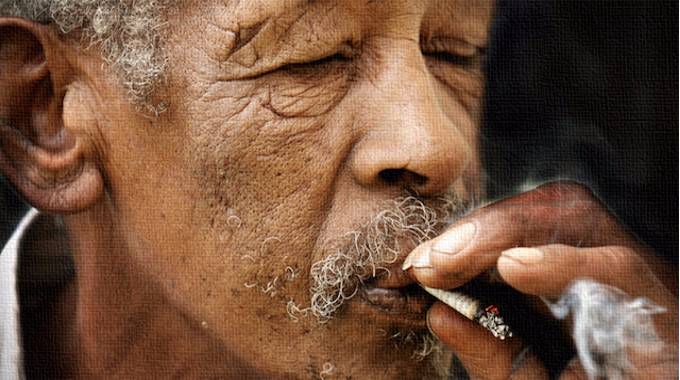