"There are so many people with serious medical conditions that desperately need marijuana to treat their illnesses and are just trying live normal lives without being treated like criminals," said Karen O'Keefe, director of state policies at the Marijuana Policy Project and a co-author of the report. "Unfortunately, there are also many people that like to scare voters and legislators with unfounded warnings that treating patients with compassion will make teens' marijuana use skyrocket. We now have substantial data showing these fears are completely unfounded. Lawmakers need to listen to the facts with regard to medical marijuana, not wild conjecture and fear tactics."

Currently, 16 states and the District of Columbia have effective medical marijuana laws, and many more are considering similar legislation.

"In the end, medical marijuana laws don't increase teen use," said Dr. Mitch Earleywine, co-author of the report and associate professor of psychology at the State University of New York at Albany.

The full report can be seen here. 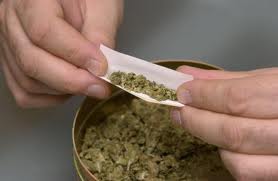