Tacoma: Supporters of Cannabis Measure set to Turn in Signatures

Tacoma, WA--Two local medical marijuana dispensary owners are expected to turn in some 4,200 signatures to the city clerk's office today, as part of an effort to qualify a local measure for November's ballot that seeks to minimize prosecution of cannabis-related offenses.

"This shows there's a lot of community support, especially with patients who are already authorized to use medical cannabis," said Don Meridan, owner of the Rainier Wellness Center. "We just want to make sure that they'll continue to have access to their medication."

Modeled after an 8-year-old law in Seattle, Tacoma's Referendum 1 seeks to make cannabis-related offenses "the lowest enforcement priority of the City of Tacoma."

Supporters are required to submit 3,858 valid signatures to the city by July 5 in order to qualify the measure for the city's Nov. 8 general election ballot. City Clerk Doris Sorum said she'll transmit the petitions on Monday to the Pierce County Auditor's Office, which will begin validating signatures.

Already with a cushion of 300-plus signatures, supporters say they will continue to collect and submit more, right up until the deadline. Volunteer signature-gatherers are expected to collect hundreds of signatures on Saturday alone, during Tacoma Hempfest — a festival celebrating marijuana to be held in Wright Park.

As supporters continue to pursue the measure for ballot qualification, they're hopeful the issue won't need to be taken to city voters. They want the city council to step in to approve Referendum 1 as a city ordinance.

"If they want to be leaders, they can simply make this law," said Sherry Bockwinkel, a veteran signature gatherer supporting the campaign. "If not, then we'll throw it onto the ballot. But this issue is not going to go away."

The medical marijuana issue has come to the forefront in recent months as cannabis dispensaries have proliferated throughout Washington, while public officials have been unsure how to deal with them under state law. The issue has spawned a statewide initiative campaign that seeks to legalize marijuana and local measures in Spokane and Tacoma pursuing reduced enforcement of pot offenses.

In hopes the legislature would clarify Washington's medical marijuana law approved by a citizens' initiative in 1999, the city has twice punted on lingering appeals hearings for cannabis dispensaries in Tacoma that now face losing their city business licenses. The city began cracking down on dispensaries last year, with police raiding one and city licensing officials issuing cease and desist letters to dozens more.

State lawmakers ultimately passed a new medical marijuana measure calling for state-licensed, for-profit dispensaries. But Gov. Chris Gregoire vetoed most of that bill over worries that state employees might face prosecution. Instead, the new law leaves the regulatory issues for marijuana dispensaries up to local jurisdictions.

The new law takes effect on July 22, with a conference call on the city license revocation cases set for July 25.

"No conclusions have been made and there's nothing that's scheduled to go before council at this point," he added.

"I feel like there is energy and political will to do what we can at the local level," Mello said. "...But I think there's still confusion about exactly what the council can do under state law."

Among 30 dispensaries in Tacoma that face losing business licenses is Meridan's Rainier Wellness Center on South Pine Street. The proprietor of a local fence company, Meridan, 45, opened the nonprofit cooperative after surviving cancer in 2009.

"I was never a recreational (marijuana) user," he said. "I was dealing with radiation and found this was something that helped with my nausea."

His personal experience led him to open the co-op as a way "to help sick people," Meridan said. The nonprofit now serves about 1,300 patients, he said.

"I'm all for regulation," Meridan said. "But right now, we don't have any regulations. And what I fear is that a few bad apples out there are going to ruin it for all the legitimate businesses and all the patients who truly benefit from medical cannabis." 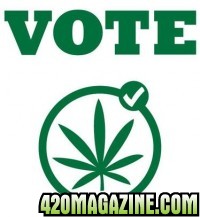 Tacoma: Supporters of Cannabis Measure set to Turn in Signatures