With the cannabis supply in Alaska increasing and wholesale prices declining, growers are feeling a pinch from the state's wholesale tax. Some are calling for reform.

The drop in wholesale prices is good for consumers because the retail price of marijuana also is dropping. Quality is a factor, but some retailers said prices in general have gone from $20 or more per gram to about $18 per gram – less in some cases, more in others – for premium quality weed.

What hasn't come down is the $50 per ounce tax on marijuana sold to retailers by the growers. Alaska voters set that amount in 2014, when they approved recreational marijuana use. That's $800 per pound for marijuana bud and $260 per pound for the rest of the plant, commonly known as trim.

"That's where the squeeze is," said Mike Emers of Rosie Creek Farm. "I would say that the market has flipped very quickly from a year ago being a sellers market. Cultivators could dictate prices."

Cary Carrigan, spokesman for the Alaska Marijuana Industry Association, said the tax is "something that we have been discussing pretty actively."

Association leaders said they want to see the state tax tied to market conditions, but, given the state's fiscal crisis, they have little hope the Legislature will address it.

"It's on the table, but we are not acting at the moment," Carrigan said.

Brandon Emmett, president of the AMIA and a member of the state Marijuana Control Board, is one of the people who worked to legalize marijuana. He said they were overly optimistic about the Legislature's willingness to change the law after the problems became apparent.

The crafters of the ballot measure chose a $50 an ounce wholesale tax because it was easy for voters to understand, Emmett said. But the tax is bad for consumers, he said, because it has inflated the price of cannabis in Alaska.

"The prices can't come down much more with the taxes," he said.

Others said they think cannabis prices will continue to decline as more growers join the industry.

According to the state, the number of tax-paying pot growers has increased every month since October 2016, when the state began collecting the wholesale tax. Alaska collected just $10,406 that month.

One year later, that number has grown to $953,591 – the most of any month to date, according to the latest report out of the Alaska Department of Revenue.

Fairbanks has the most tax-paying cannabis growers in Alaska.

Alaska has about 100 licensed marijuana cultivators, though only about 75 have harvested and paid taxes, she said.

The number of tax-paying marijuana growers went from four in October 2016 to 66 in October 2017. Not all growers sell product and pay a tax every month.

The question of how much marijuana consumers in Alaska desire remains an open question.

"We're not at a point where everything has stabilized, and we are going to see what the industry is going to be," Carrigan said.

He said most businesses that he hears from are still trying to get a return on their investment.

"I haven't heard anybody say, 'Yeah , we did it. Now we are making profit. Now we have our investment paid for,'" Carrigan said.

Mazzei, the excise tax manager, said the department is working on some new regulations with hopes to improve the tax system.

One proposal is to add a third tier to the tax structure for marijuana that falls in between bud and trim–the lower-quality bud that doesn't command high retail prices but isn't exactly trim.

The state also is considering distinguishing between wet and dry product.

The new proposed regulations are expected to be released for public comment early next year.

"The way that I see it is that not all pounds of marijuana are created equal and can fetch the same price," Hollister said. "I think we are finding after the first year that there is a way that we could be taxed a little more fairly." 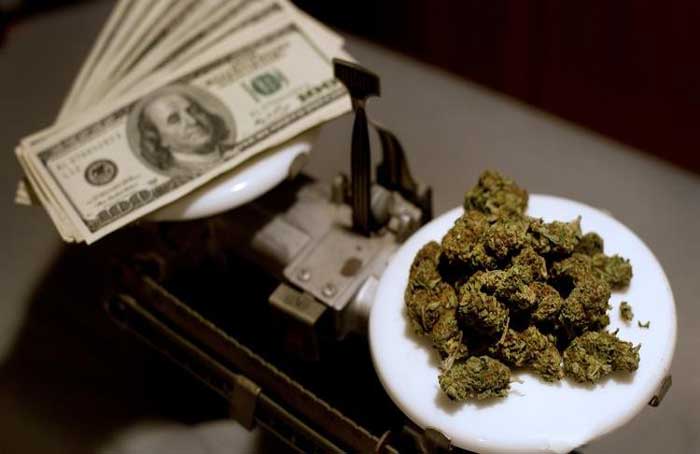