1. Lancaster County was the hemp capital of early America. The county's original Hempfield Township was formed in 1729 and was named for the "vast quantities of hemp raised there."

3. Pennsylvania was founded on hemp. In 1683 one of the first bills passed by the General Assembly was a law to encourage every farmer to grow hemp. In 1685 William Penn found large quantities of hemp all ready growing in the state and proposed the plant be among the four staples of trade.

4. Remains of old hemp mills are found in popular museums. Hemp mills used large cone-shaped millstones that rolled over top the fiber to process it. These millstones can be found in the collections of the Landis Valley Museum and the Hans Herr House Museum, both in Lancaster County.

5. Hemp was grown for more than 260 years in Pennsylvania. There were many different factors that caused the decline of the industry, including the introduction of cotton and tobacco.

6. The Philadelphia ship-building industry consumed many tons of Pennsylvania hemp. Each ship took 60 to 100 tons of hemp fiber for all the big thick anchor cables, rope rigging and canvass sails. All the help had to be replaced every few years, which ensured the demand for hemp in the state.

7. Hemp was grown as an ornamental garden plant. By the late 1870s and 1880s hemp was only flourishing in a few areas commercially, but was grown all over for non-commercial use.

8. There were as many oil mills as hemp mills in Pennsylvania. Lots of the excess hemp seed was pressed in the oil mills that were in the state. The oil was used in paints, varnishes, lacquers, printers and lamps.

9. Fine linen was made from homegrown Pennsylvania hemp. The Pennsylvania Dutch are said to have grown some of the best hemp in the world and produced the finest hemp linen. It was proclaimed 'indistinguishable' from flax linen.

10. Hemp got caught up in the reefer madness scare of the 1930s. On May 22, 1933, Governor Gifford Pinchot signed a law banning 'marihuana' four years before it was outlawed federally. The chemical found to get a person 'high' was not discovered in the plant until the 1960s. 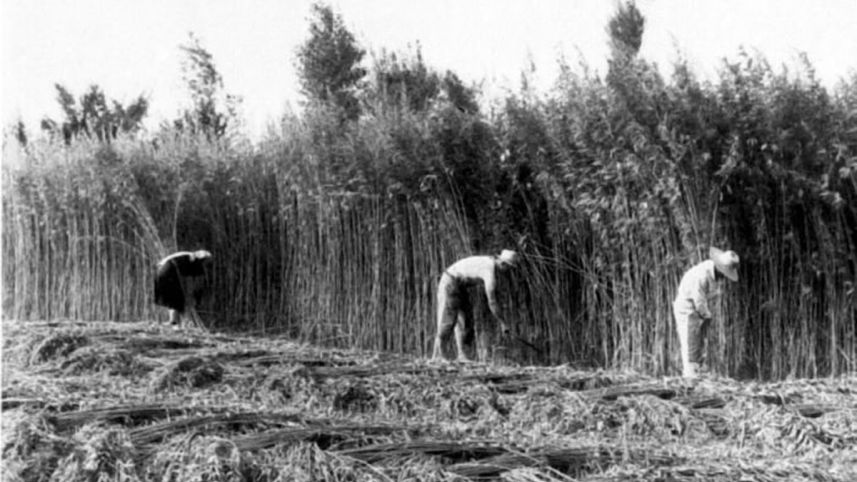