First LED Grow: My Experience with the G8-450 and G8-90RR from DormGrow.com

The packages arrived in perfect condition, with the products safely packed. It was simplicity in itself to install the lights...an eye bolt in the ceiling and the lights come with their own hardware which works perfectly. 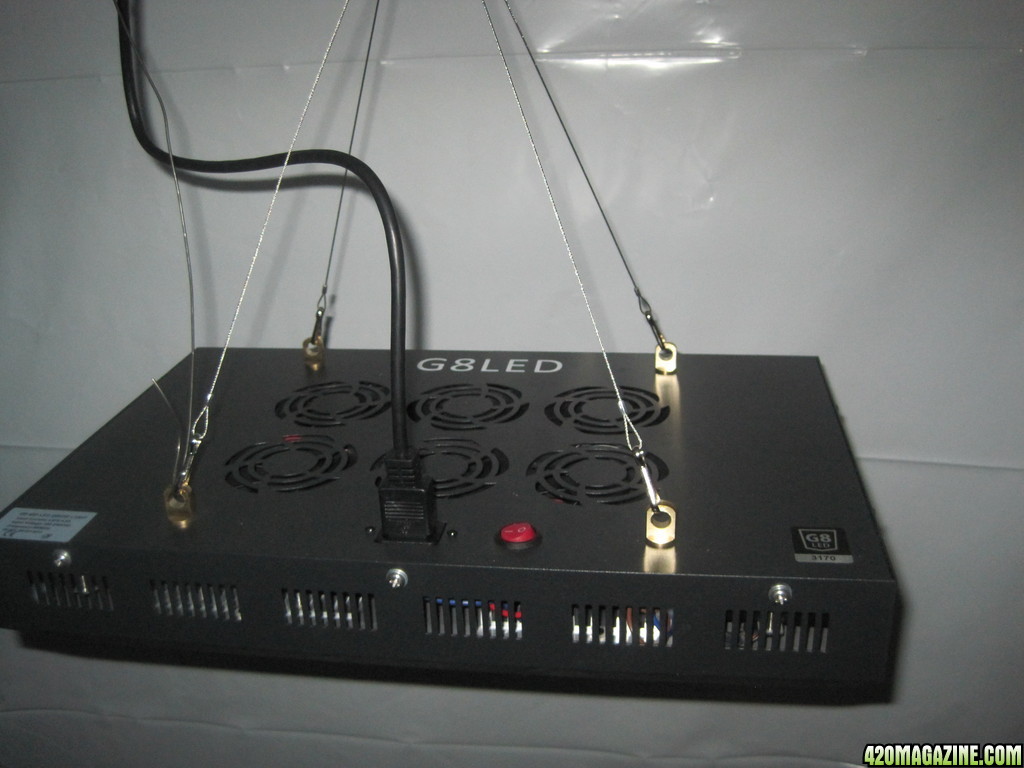 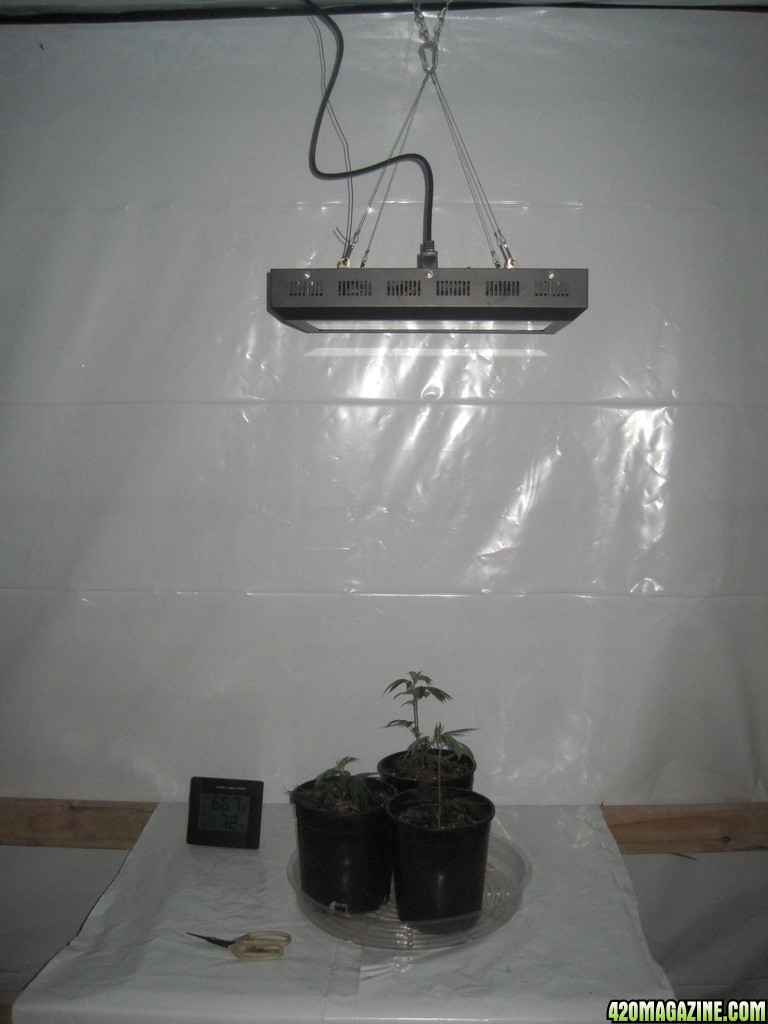 I had 3 Tahoe OG clone which I vegged under the 450 without the 90 watt red light. I chose the smallest of these three and put it into a 3 gallon pot, in High Brix soil. 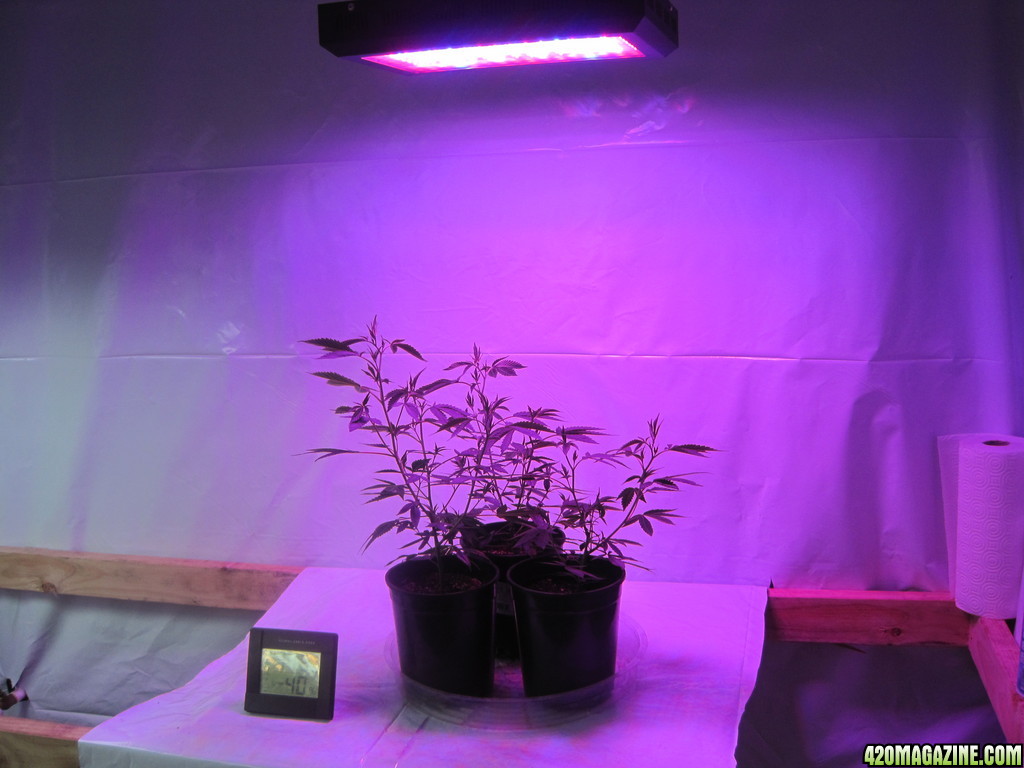 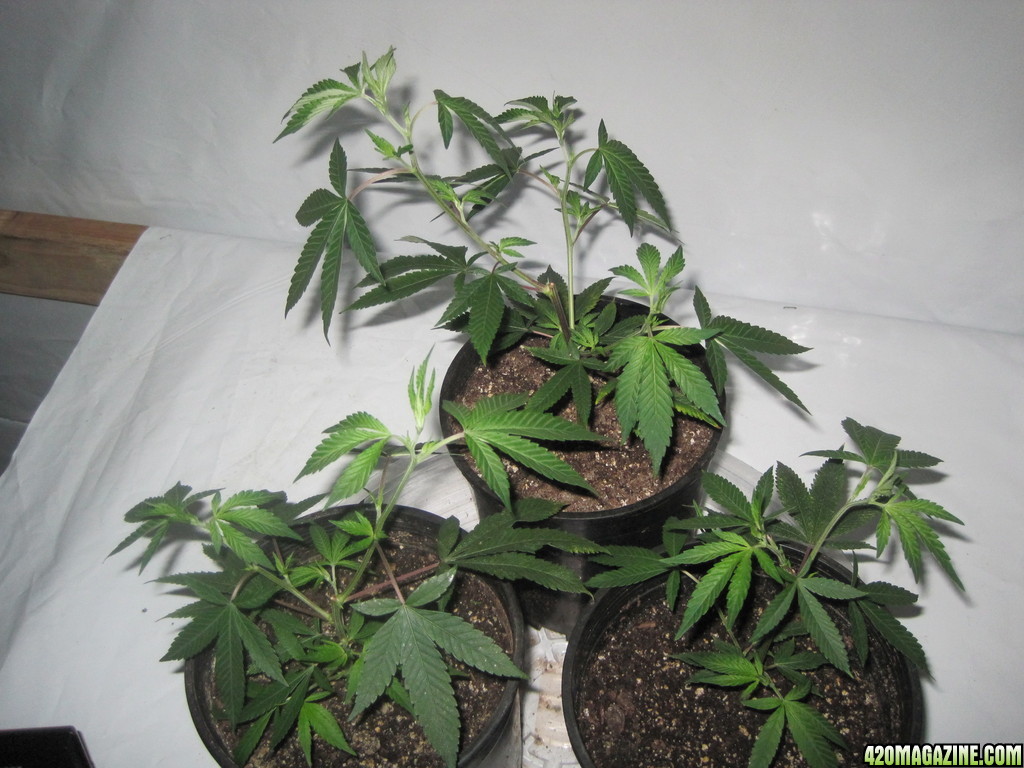 And then, I put it into bloom. For the bloom cycle, I also hung the 90watt RR light right alongside the 450. 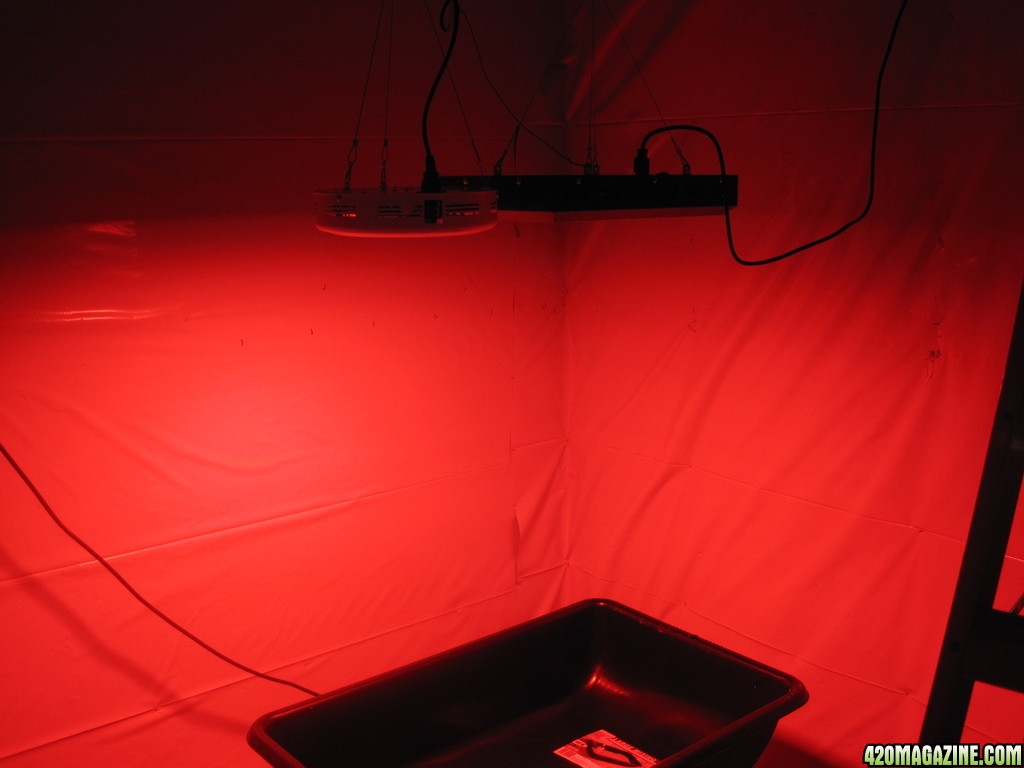 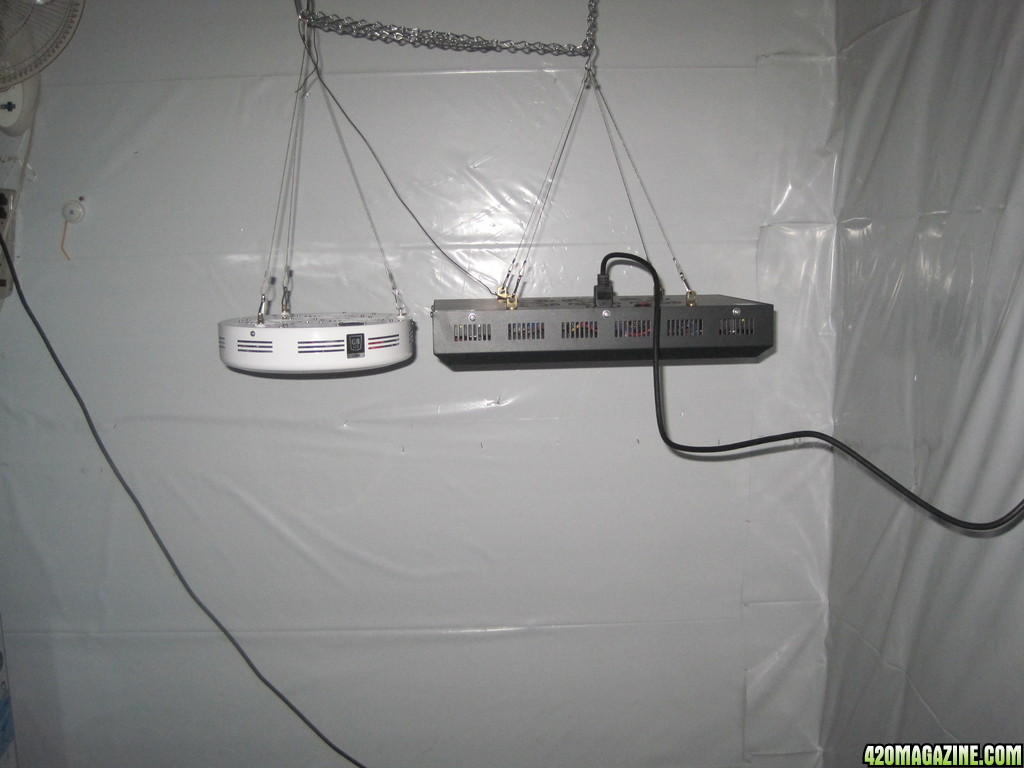 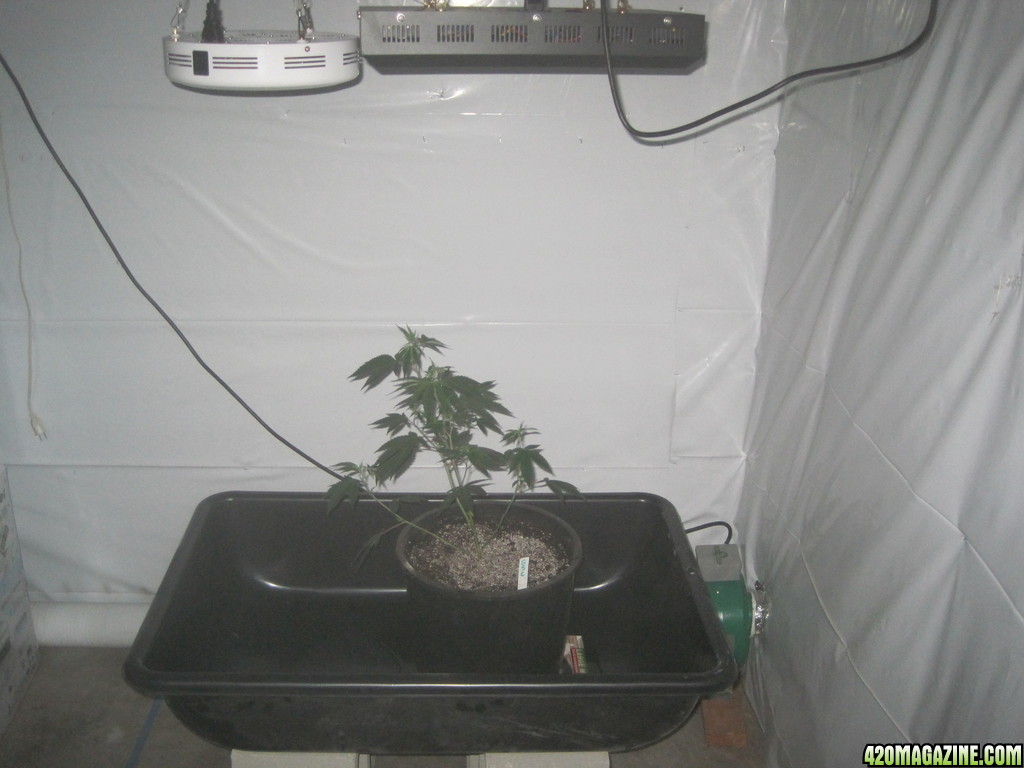 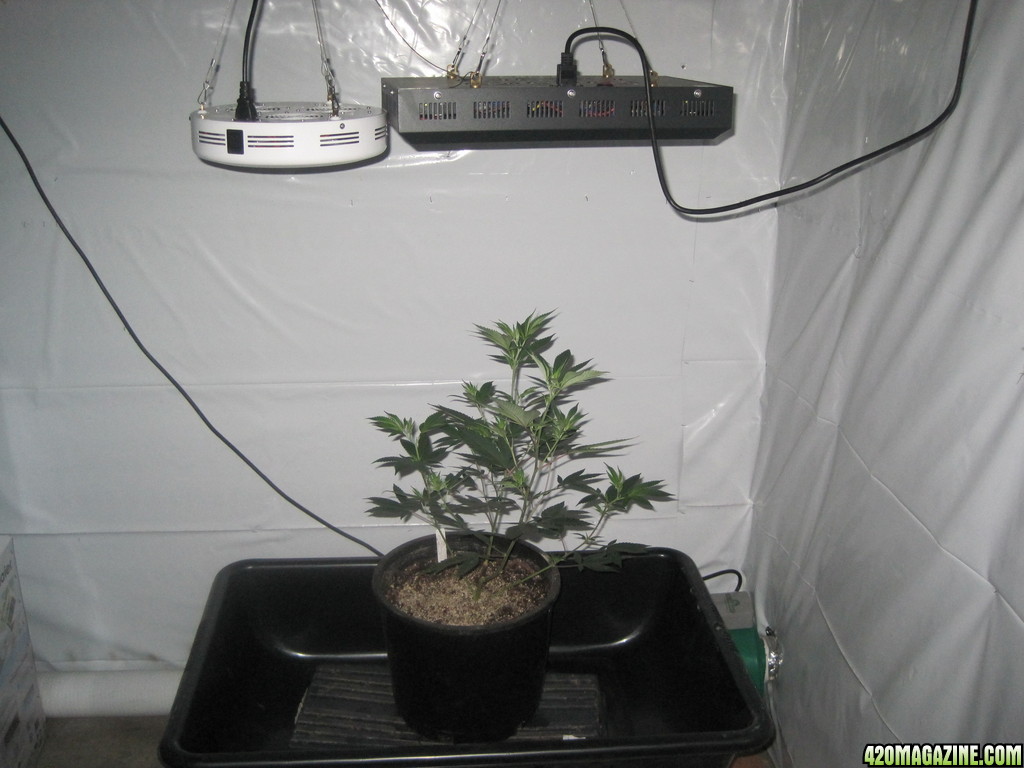 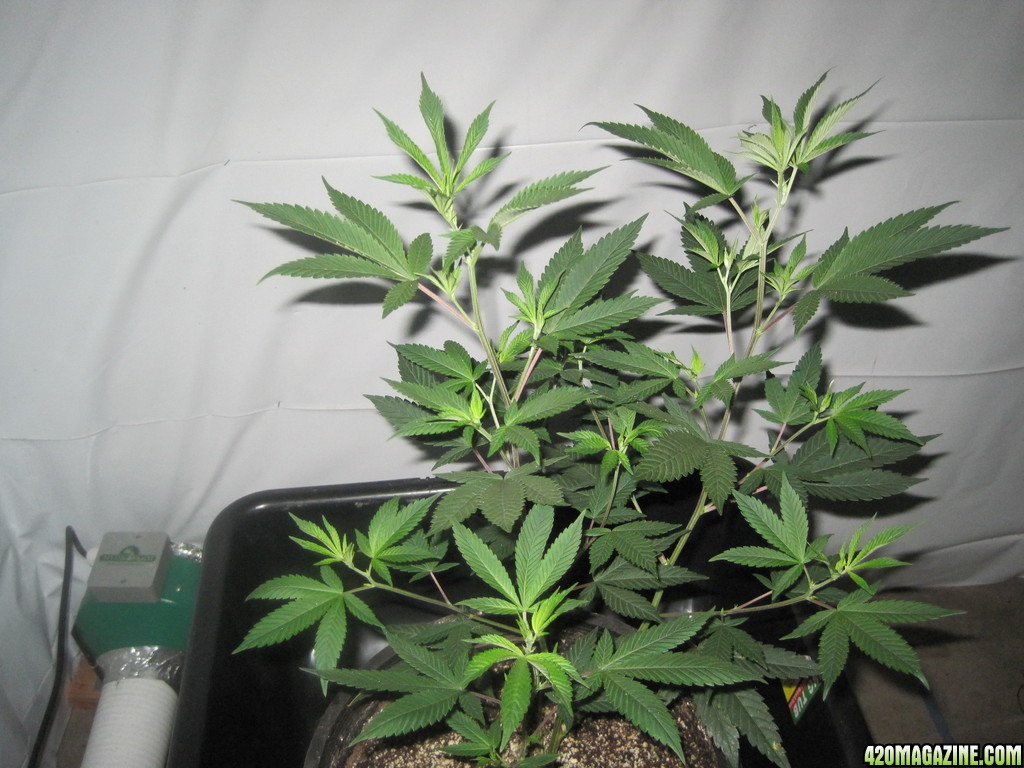 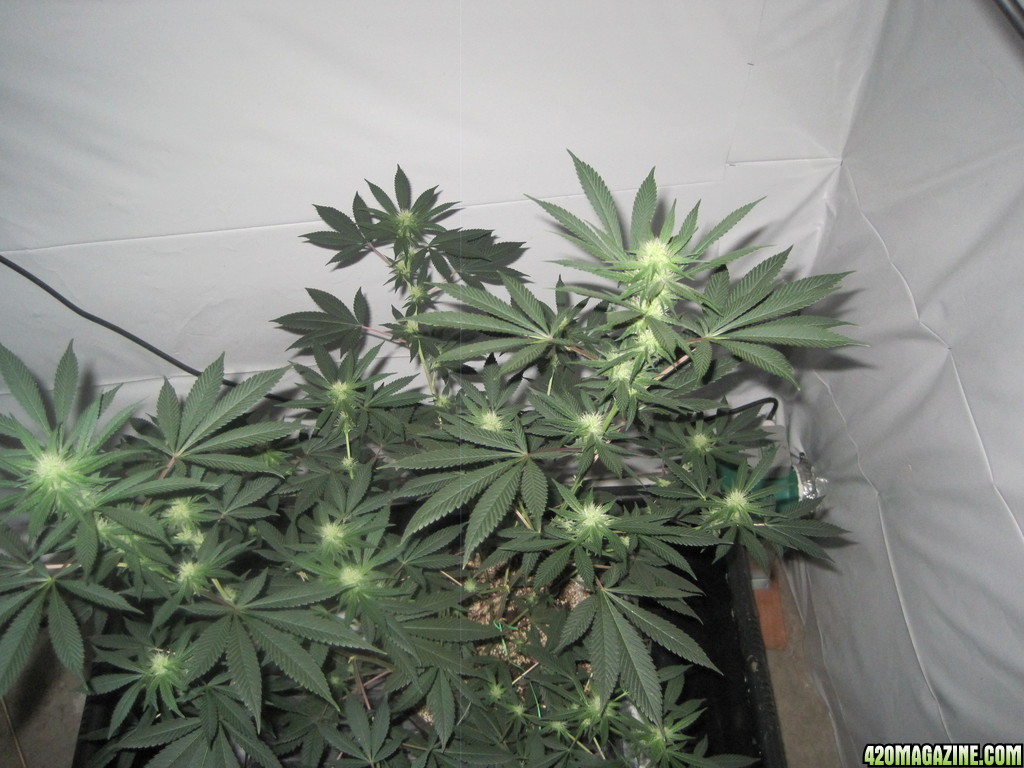 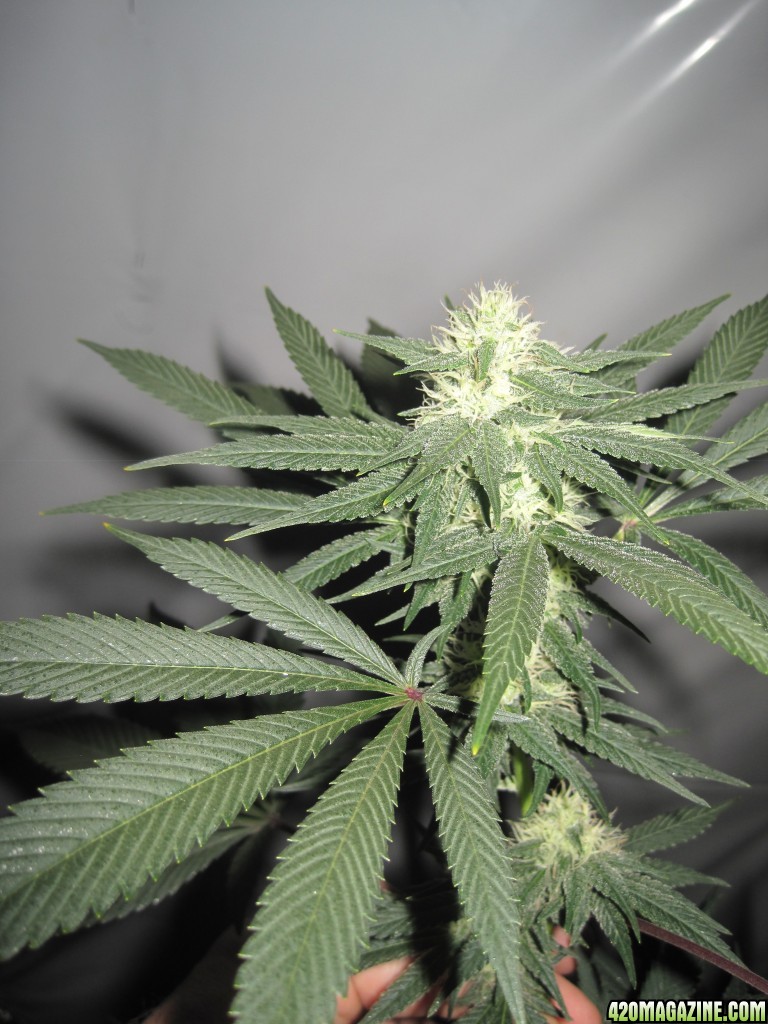 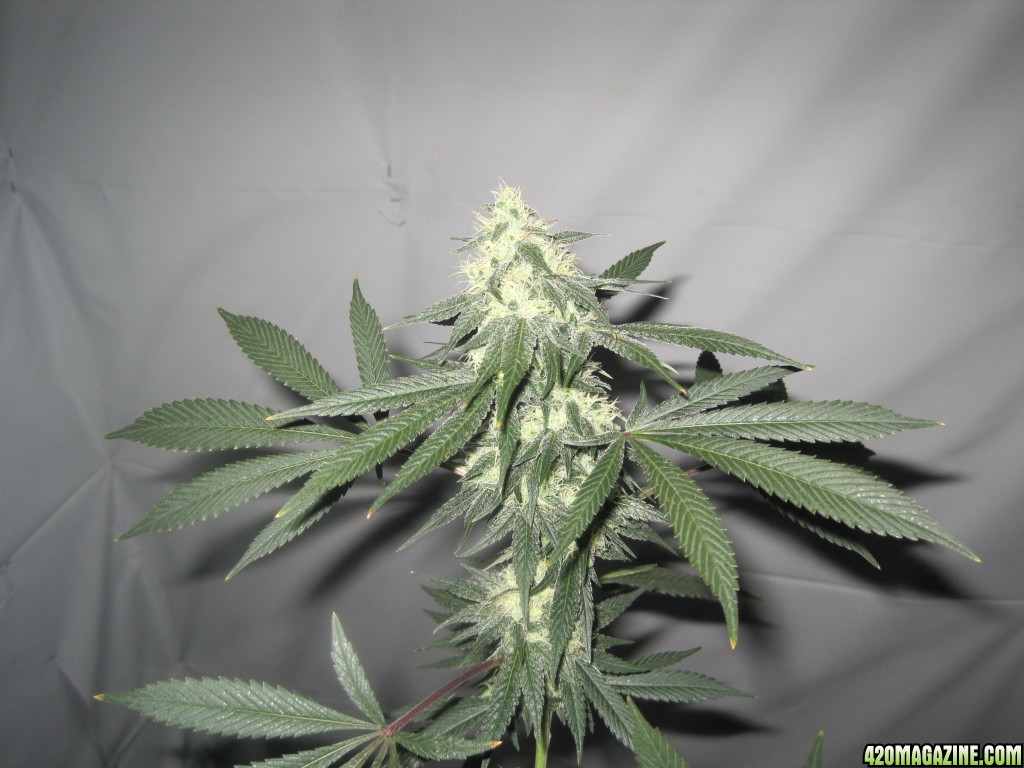 Here's what I noticed:

The plant under the LED had considerably less stress, nicer looking leaves and what looked like more trichome formation than the HID lights. It also grew well in a smaller pot, as this plant would not have done well under 1000 watts of HPS in a 3 gallon pot!

I ended up harvesting 3 ounces and 3 grams from a single plant, in a 3 gallon pot, using Doc Bud's Hi-Brix Blend soil, drenches and sprays. 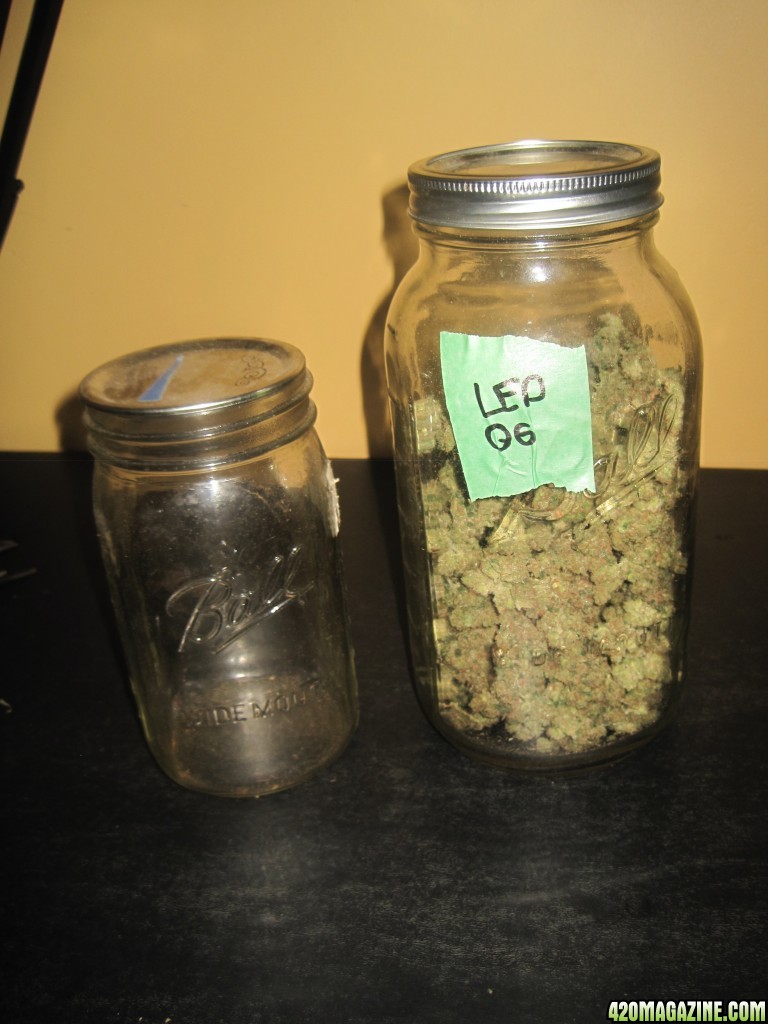 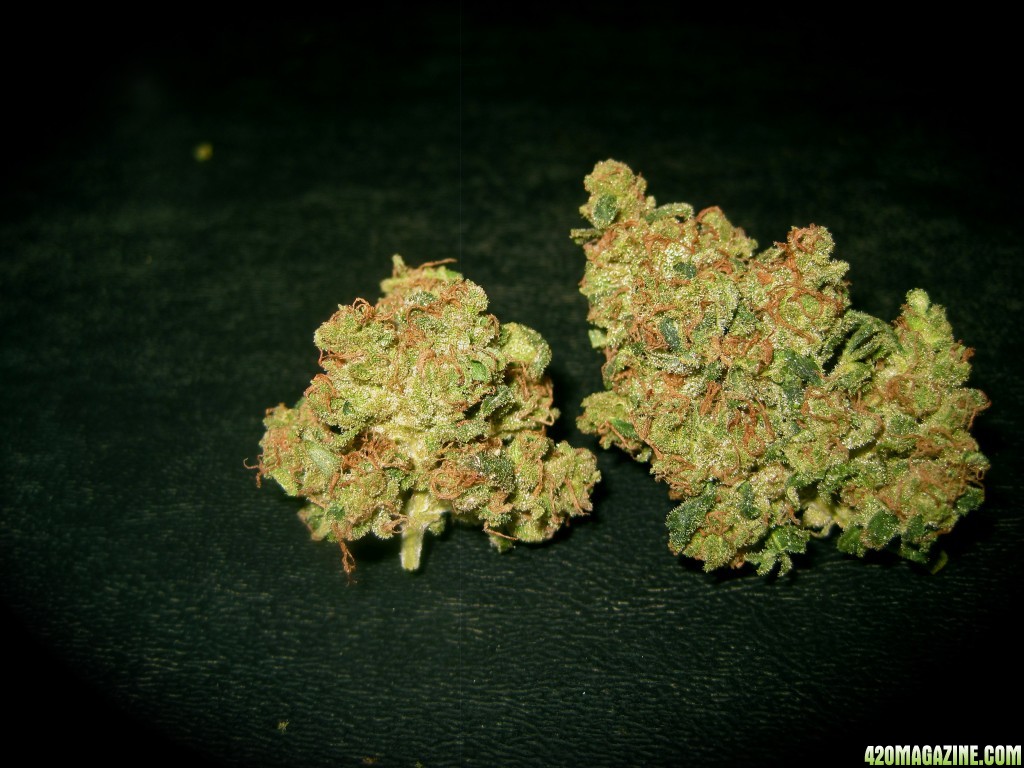 Here's where it gets interesting:

The other two plants that were vegged under the G8-450 were flowered under 1000 watt HPS. They finished about 2 weeks sooner and each yielded just under 6 oz....which is a pretty big plant.

The LED plant yielded just over half that much, but did so with far less energy use. Not only is the actual wattage of the LED less than half of the HPS I use, it doesn't generate a considerable amount of heat which meant I didn't use as much AC, which also saved money.

The finished product is slightly different too. Bag appeal is fantastic in both versions, but the trichomes are more visible in the LED product and the aroma is a bit sweeter and fresher. The effect is identical between the two, but the LED smoke is just a tad more flavorful than the HID version, although both are smooth and delicious.

So, I essentially "outgrew" my 1000 watt HPS lighting, watt for watt, AND I have a product every bit as good if not better than the HID version all for less cost.

I want more LED's! This was really a very positive, very eye-opening and very fun project! I can also tell everyone that during the grow I had interaction with Dorm Grow and these guys are true gentlemen. I can definitely give them a

for their product and their service.