Pro-marijuana advocates in Texas are gearing up for another showdown in Austin next year. Jason Miller, spokesman for Houston NORML, says they're hoping to build on 2015's successful session.

"We're going to seek to expand the Texas Compassionate Use Act to include more qualifying conditions so more patients can have access, and also to eliminate the restriction on dosage," he says.

As in years past, Miller says the ultimate goal is to legalize marijuana altogether.

"There's definitely going to be some decriminalization bills filed to reduce the penalties or to change it to a civil penalty, to regulate marijuana similar to alcohol," he says.

A recent Gallup Poll shows one in eight Americans admit to smoking pot. Thirteen percent admit being current users, up from 7% in 2013.

Meanwhile, voters in other states also could help the cause here in Texas, depending on how they cast a ballot in November.

"Two states, Arkansas and Florida, are going to be voting on medical marijuana," says Miller. "So if we get California, Maine or Nevada, Massachusetts or Arizona, they could all go recreational this year and that's going to make a big difference in our legislative session." 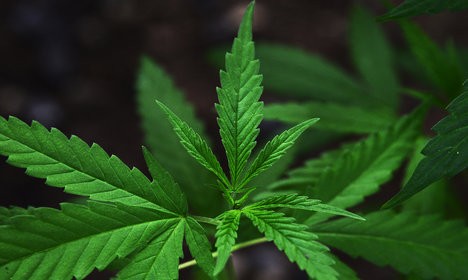