Jason Elsasser surveys his two-acre patch of windswept sand outside the California town of Desert Hot Springs, and sees a fortune. "This whole area back here," he says, pointing to a blank desert plot dotted with rocks and shrubs, "is going to be a 22,000-sq ft, state-of-the-art greenhouse that will produce 6,000lbs of high-quality cannabis per year, minimum."

Elsasser, a 47-year-old property developer-turned-pot magnate, plans to have his cannabis cultivation business up and running by 2018. "This little building is going to be the first stand-alone cannabis extraction facility in Southern California," he says, referring to the only structure currently standing on the property, an empty metal barn that once housed a welding shop.

California was the first US state to legalise medical marijuana, in 1996, but its weed farmers operated in a grey market until 2015, when the state agreed new regulations allowing growers to apply for licences. At November's election, California voters passed Proposition 64, legalising the drug for recreational use and thus turning the Golden State into the world's biggest single legal marijuana market.

Desert Hot Springs is poised to capitalise. In 2014, this bedroom community of 26,000 in the Coachella Valley became the first SoCal city to legalise large-scale pot cultivation. Elsasser is president of the Cultivation Alliance Network, a local industry group comprising 24 budding weed businesses. His hope, he says, is that the town will soon be "a Mecca for cannabis."

The town council was inspired to act by the success of Colorado and Washington, which in 2012 became the first states to legalise the drug for recreational use, and have since taken in tens of millions in added tax revenues. Still smarting from the Great Recession, two years ago Desert Hot Springs declared a fiscal emergency, and decided pot might be the answer to its woes.

Mayor Scott Matas took some persuading. When he first joined the city council in 2007, he had argued for putting a moratorium on opening weed dispensaries in Desert Hot Springs. When it came to legalising pot, he says, "I was a plain 'No.'" That was before he learned that the mother of one of his close friends was suffering from terminal cancer.

"Cannabis was the only thing that relieved her pain in the last few months of her life," Matas says. "That really opened my eyes. Then I started meeting people in the pot business and found that they were lawyers and doctors and investors in ties and suits. Professional people. That's not what I thought the industry was. At that point, I did a 180 and said, 'We have to do this.'"

Elsasser owned and managed around 30 properties in nearby Yucca Valley when the economy crashed in 2008, leaving him close to bankruptcy. "That's when I got into the cannabis industry. I had a contract with Bank of America to pick up foreclosures, and there was a guy growing pot at one of the places I went to foreclose," he recalls.

"I ended up giving the guy extra time because he needed time to harvest his crop, and he told me I ought to start using my properties to grow marijuana." Never a serious pot smoker, Elsasser was "really apprehensive" about the idea. "But I hired an attorney who told me it could be done legally, so I took a chance."

At the request of the local police department, every growing facility will also be fitted with CCTV cameras, patrolled by 24-hour armed guards and surrounded by so-called "hostile landscaping": large cacti, designed to deter potential intruders.

Legal weed should generate big returns on that investment. Every grower will pay an annual tax of $24 per square foot of cultivation space for the first 3,000 square feet, and a further $10 per square foot after that. The city has demanded at least 20 per cent of the weed workforce be local, and Elsasser estimates the industry will create several thousand jobs over the next few years.

The local property market has gone, as it were, through the roof. Acre lots along the road where Elsasser is building his greenhouses used to go for no more than $60,000. Since legalisation, he claims, they're expected to fetch at least 10 times that. And the town, already known for its mineral spas, is hoping for a pot tourism boost, too.

Elsasser envisions what he calls "bud and breakfasts": cannabis-themed resorts where "You can have a CBD [cannabidiol] massage, have certain strains brought to your room with a choice of smoking devices, medicate in a shared lounge area, take a tour of the cultivation facilities," even partake of the drug during a dip in a hot spring — aka a "soak and toke".

Nicole Salisbury is the owner and manager of the Green Pearl dispensary, one of the town's existing pot shops, which opened in February. A former administrator for a security firm, she moved to the Coachella Valley purely for the pot industry. "Desert Hot Springs really sits as the pinnacle city, as the first to allow cultivation and manufacturing," she says.

"They have put their stamp on the map and said, 'We're going to allow this, just like we would allow dairy farmers or liquor companies.' Other cities are watching that to see how it works, how it creates a truly legitimate industry, and how it benefits the city and its people." 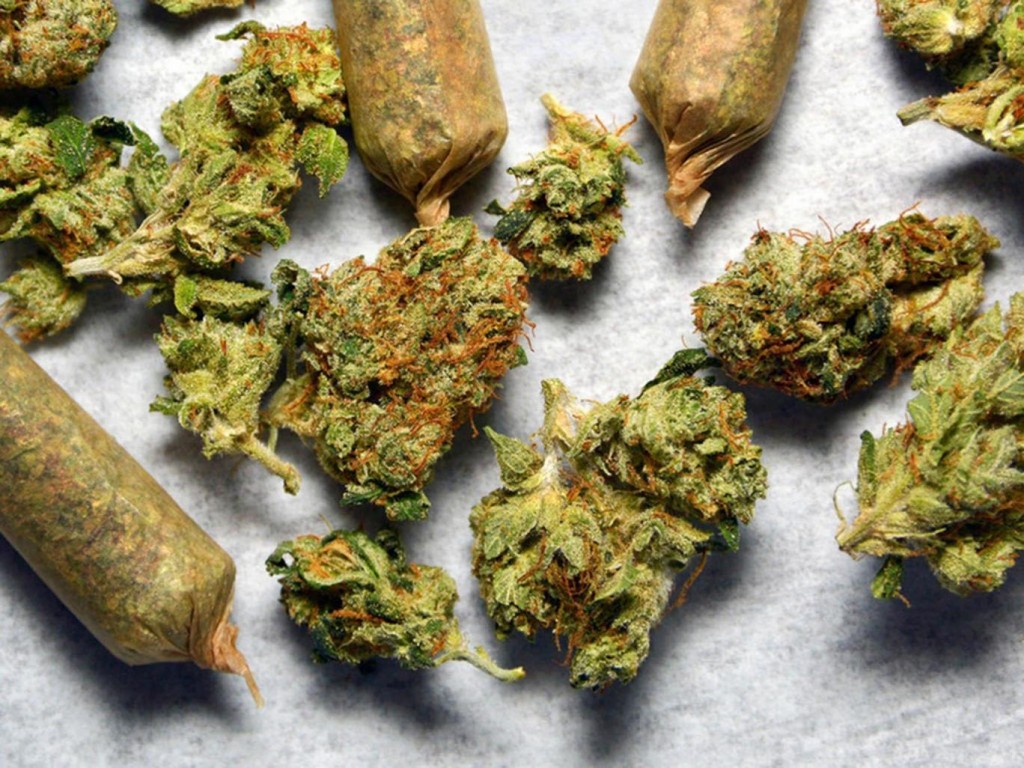