Buying weed in California is about to get less risky and much more expensive. A patchwork of new policies, including special taxes, will roll out in the state before sales of recreational marijuana begin at the start of 2018.

California will include a 15% levy on all cannabis sales in the state, including medical pot products, starting in January. Meanwhile, local governments are also adding taxes for sellers and growers that could result in a 70% increase in the price of a small bag of good quality marijuana in parts of the state.

The new cannabis industry in the state has a projected value of $7 billion with the potential to collect $1 billion per year in tax revenue. But industry leaders in California claim that the high taxes give illicit vendors the upper hand.

-Colorado, the first state to legalize recreational marijuana sales, has raised more than $500 million in tax revenue since January 2014. This comes from a 2.9% state tax on all marijuana sales along with an additional 15% excise tax and 10% special tax for adult-use weed sales.

-In Oregon, the state tax on recreational marijuana is 17% and local governments can vote to add municipal tax of up to 3% on each sale. The largest portion of this revenue goes to education, with the rest going to law enforcement, addiction treatment, and cities and counties around the state.

-In Alaska there is a $50 tax on each ounce of marijuana buds or flowers and a $15-per-ounce tax for the remainder of the plant. 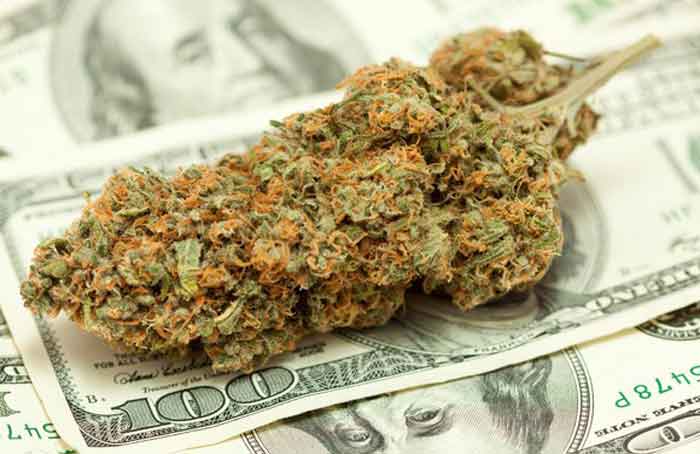 California Could Tax The Daylights Out Of Marijuana Consumers