The Enlightened State Of Colorado

By the time the 19th amendment to the United States Constitution was ratified, ensuring women the right to vote, Colorado women had already been voting for over 25 years. Colorado voters were the first to grant women suffrage (Wyoming was the first territory, but by a legislative act). Colorado would later become the first state to elect a woman, three in fact, to its legislature in 1894. Furthermore, ten years before the Supreme Court unanimously decided that miscegenation laws (laws prohibiting sexual relations between races) were unconstitutional (in Loving v. Virginia, 1967), Colorado had already repealed its own miscegenation law by a vote in the legislature of 98 to 0.

Once again, Colorado is ahead of social change in America. At the beginning of 2014, Colorado became the first state to allow adult recreational use of cannabis. While it is easy to understand why miscegenation laws and laws restricting woman's rights are unconstitutional, the discriminatory effect of cannabis prohibition is just as strong.

The federal prohibition of cannabis is historically rooted in discrimination. According to the History Channel's Hooked: Illegal Drugs and How They Got That Way, Hispanics and Blacks are historically linked to cannabis consumption in America. Prior to the Great Depression, Hispanic immigrant workers, many of whom consumed cannabis, were generally welcomed in the West, but when the economy crashed, attitudes toward immigrants changed; immigrants were no longer needed as jobs became scarce. At the same time, Blacks heavily populated the South and, in particular, the port city of New Orleans. Because New Orleans was a port city, it had greater exposure to marijuana than cities farther in the North. Marijuana was introduced from the eastern part of the world and was popular among jazz entertainers. Early cannabis propaganda by the Federal Bureau of Narcotics centered on the risk of "white women" seeking "sexual relations with Negroes, entertainers and any others." Subsequently, the Marihuana Tax Act was passed in 1937, effectively prohibiting marijuana, even though the American Medical Association opposed the measure.

Today cannabis remains illegal under federal law. It is considered a "Schedule 1" drug and, according to Congress, it has a high potential for abuse, no currently accepted medical use and no safe usage, even under medical supervision. At a recent White House press conference, Sean Spicer seemed to suggest that cannabis is tied to opioid usage. The Attorney General of the United States, Jefferson Beauregard Sessions, stated during a Senate caucus that "good people don't smoke marijuana" and he insists that he was joking when he said he thought the KKK was "okay until I found out they smoked pot." In a 60 Minutes interview, our own Governor, John Hickenlooper, stated that he is not prepared to tell other states to "yeah, go for it."

Perhaps they are all legitimately concerned. However, in 2007, when Men's Health magazine named Denver "America's Drunkest City," I did not get the same sense of concern from our governor/multimillionaire/brewpub developer. According to the National Council on Alcoholism and Drug Dependence, alcohol is a factor in 40 percent of all violent crime, while according to a 2016 Denver Post article, "in any given year, marijuana-related crimes in Denver make up less than 1 percent of all offenses counted in the Uniform Crime Report and less than a half-percent of all NIBRS offenses."

Big-pharma and big-alcohol spend a lot of money funding the Partnership for a Drug Free America, making sure we associate prescription drugs with better living, and alcohol with recreation, while at the same time demonizing all illegal drugs. According to one Denver Post article, overdose deaths from just one kind of opioid painkiller outnumbered all homicides in Colorado in 2015. According to the Center for Disease Control, 33,000 Americans died from opioid overdoses in 2015 alone. Advocates for the Reform of Prescription Opioids state that the molecular structure of heroin and oxycodone is almost identical. Given the aggressive marketing and stratospheric number of opioid prescriptions in this country, it is unfathomable that any reasonable person would question that there is a direct cause-and-effect relationship between these factors and the current epidemic. Meanwhile, according to many experts, there is no definitive link between cannabis and harder drugs such as heroin. Additionally, according to recent studies by Johns Hopkins Bloomberg School of Public Health and the New York Health Department, medical cannabis could help fight the opioid epidemic.

Today, according to the ACLU and federal studies, black and whites consume cannabis at similar rates; however, blacks are nearly four times more likely to be arrested for cannabis possession when compared to whites.

I believe we should stop lamenting growth and out-of-state immigration into Colorado. I do not blame others for wanting to relocate to a state with abundant sunshine, majestic natural beauty, laws that protect our civil liberties and freedoms, and sensible people who prefer the dignity of not being made a criminal for choosing a safer, rational alternative to alcohol. In order to protect our standard of living by slowing immigration, we should encourage other states and the federal government to become enlightened. Before you write off supporters of legalized cannabis as a bunch of potheads, let me remind you that more individuals voted for cannabis legalization than voted for any politician or any other issue in our state's history. Being "in the state of Colorado" is no longer a mere geographic description; being "in the state of Colorado" describes a state of enlightenment. 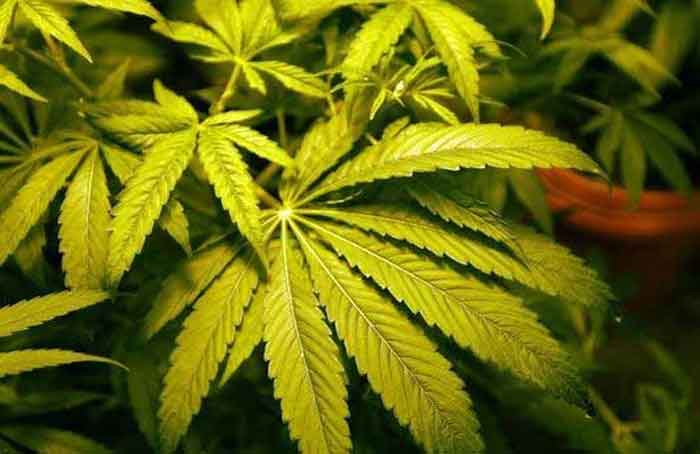 Living in Colorado isn't all sweetness and light, but there are many days I am thankful that I am in CO, rather than horrible places like Texas and Wisconsin where relaxing with weed is a crime that gets you a jail sentence.

I'm going to be one of the transplants from Texas. I've lived here all my life and want to move to a more progressive state. I'm tired of being a criminal. It is shear luck that I've never been popped for pot in 48 years. As Shiva's Headband said "Take me to the mountains is you please. I would gladly trade the cement for the trees." I will unfortunately be a while before I can get there.
Genesis 1:29 Then God said, “I give you every seed-bearing plant on the face of the whole earth and every tree that has fruit with seed in it. They will be yours for food.
E

Syntroxis, I have a friend in Houston who is miserable. Are you in Houston?

Nope in College Station. Not too bad here, but sure isn't Colorado. Did live in Houston for over 20 years. Really glad to be out of there
Genesis 1:29 Then God said, “I give you every seed-bearing plant on the face of the whole earth and every tree that has fruit with seed in it. They will be yours for food.