Westwood will soon have only one medical marijuana shop after Gov. Jerry Brown signed a bill Wednesday allowing local governments to regulate dispensaries.

The law, AB 1300, gives Los Angeles and other California cities authority to restrict the location and operation of marijuana dispensaries and file civil or criminal claims against violators.

While The Farmacy on Gayley Avenue is the only Westwood dispensary with the proper permits, other dispensaries frequently pop up, said Christopher Koontz, planning deputy for Los Angeles City Council District 5.

These dispensaries are shut down for violating the medical marijuana ordinance imposed by the city earlier this year in January, which prevents dispensaries from opening within 1,000 feet of a school, park, library or another dispensary, Koontz said.

Nearly five of the dispensaries that have been shut down in Westwood, however, are suing the city on the grounds that the state only has the ability to create ordinances under the law, Koontz said.

The Westwood lawsuits are part of a larger 100 cases against the city by marijuana dispensaries, he said.

The recent legislation, however, is a step toward resolving the pending lawsuits, said Frank Mateljan, spokesman for the Los Angeles city attorney's office.

As a clarification of the existing dispensary law, the new bill affirms the city's claim to regulate dispensaries, Mateljan said.

"It simply gives us more solid foundation for our ordinance," he said.

"The city attorney and the city council have made it a priority, while respecting patients' ability to have access to medical marijuana, also respecting the will of the community in where these particular places could be located."

As a result of the law, which will take effect Jan. 1, Westwood will go from having multiple dispensaries to having just one, which is in accordance with the city's ordinance, Koontz said.

Susan Leahy, the manager of The Farmacy, said her business has been determined to be the only legal dispensary in Westwood Village.

"We have always complied and done everything correctly, but others are let in and are taking away business," Leahy said.

Koontz said he is hopeful the law will allow authorities to focus on other issues in Westwood Village, including attracting new retailers and restaurants.

Because dispensaries pay high rents to set up shop, there is incentive for building owners to rent to dispensaries, rather than give their space to other businesses, Koontz said.

Under the bill, Koontz said the city will be able to enforce the dispensary ordinance and encourage people to return to Westwood.

For Leahy, the law will enforce industry regulation, which will provide patients with safe access to treatment in the Village. 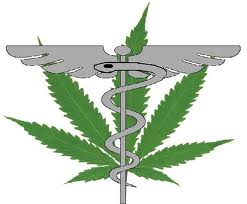