Australia - Tamworth's Lucy Haslam says the Premier Mike Baird offered her the most compassionate response so far to her family's campaign to decriminalise cannabis for medical purposes. For the last couple of months her family has been leading a push; calling on the NSW Government to adopt the recommendations of an Upper House Inquiry that recommended the use of cannabis by the terminally ill be decriminalised.

Her son, 24 year old Daniel Haslam has been diagnosed with terminal bowel cancer. He's found during the course of his treatment, cannabis offers him some relief to the nausea, vomiting, and poor appetite caused by his chemotherapy. Lucy, Daniel and his wife Alyce travelled down to Sydney to meet with the Premier about the issue, with the support of the Nationals Tamworth MP, Kevin Anderson. "I was really overwhelmed to be quite honest, I've been little bit disillusioned with some of the senior politicians in our state over the past two months, but I honestly believed that Mr Baird listened, he learnt, he was interested and I guess more importantly than that he put himself in our shoes. He said if it was his wife or his child he would do exactly the same and that is really the most compassionate response we have had from any of senior politicians so far." Lucy Haslam says.

The Nationals MP for Tamworth, Kevin Anderson has indicated he will introduce a private members bill on the issue, if he can find a way around the issue of supply. The bill is expected to be in two parts, the first on decriminalising cannabis for the terminally ill and the second around the issue of supply. Mr Anderson says the issue is very difficult. "We've got a couple of options working on at the moment, but I don't believe we will have the supply issue locked in by the time he plans to introduce the first bill in August."

Lucy Haslam says the family is planning on running full page advertisements in the Sydney news papers to raise awareness ahead of the bill being introduced in NSW Parliament. Here is the media statement released by the Premier after meeting the Haslam's "During my meeting with Daniel Haslam I was struck by his determination and courage. "I am sympathetic to the views of the Haslam family and others who believe medical marijuana can be of great assistance to those affected by debilitating or life threatening illnesses. "Compassion remains my key focus in this debate but any solution must address concerns in relation to supply and regulation." 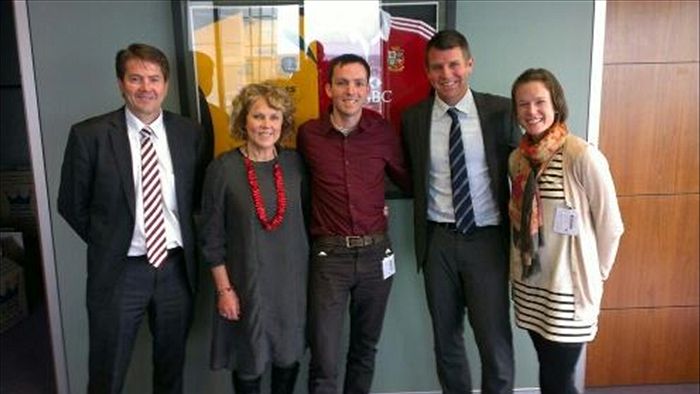