The group United for Care is celebrating the mile stone of getting enough signatures supporting medical marijuana legislation to trigger a review by the Supreme Court. Which has those who support the measure excited.

"I'm still alive," said Cathy Jordan. Cathy says she was given a death sentence back in 1989. That's when she found out she had Amyotrophic Lateral Sclerosis or ALS, which is often referred to as "Lou Gehrig's Disease". An illness that once diagnosed can sometimes prove fatal in just a few years. Cathy and her husband Robert credit medical cannabis for keeping her alive.

"She's lived 27 years with it, there's something there. There's science behind it now," said Robert.

And Cathy went on to list those benefits. "I just smoke a little cannabis it makes me un-depressed it gives me an appetite it keeps me on the road."

Cathy's list went on and on. Which is why her and her husband have been pushing the Kathy Jordon medical cannabis legislation.

"Florida Can, is not only in favor of making pharmaceutical drugs out of cannabis for patients but we are out to protect the plant," added Cathy.

But not every one agrees.

"We can go down the road of tobacco and alcohol and see that that is not a viable revenue stream when you look at the social cost and how much it cost for treatments." said Dr. Jessica Spencer with the Manatee County Substance Abuse Collision. Spencer, says if medical marijuana is legalized the negatives will far out way benefits. "The states in United States that have legalized the drug, have actually had an increase in issue not only from a law enforcement standpoint but from a treatment stand point." added Spencer.

To get the word out the Substance Abuse Collision has launched a Marijuana Task Force, they hope it will help prevent the legalization of the plant. The group held a meeting Thursday to come up with a strategy to help prevent the measure.

But Robert says he has information that contradicts that belief. "In state where it's legalized just the opposite has happened. It's no big deal to kids now. We are just trying to get a safe legitimate drug to people to use that's our whole goal." 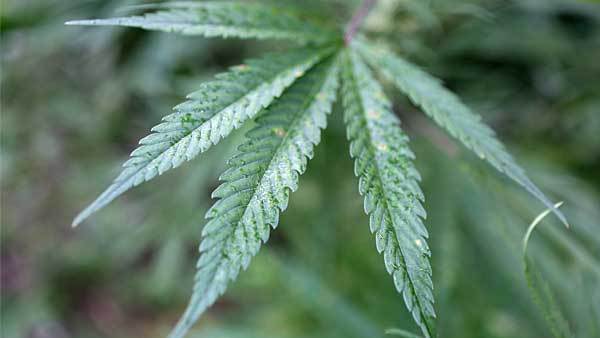