The Quebec Government Wants The Province To Grow More Marijuana

Not wanting to fall behind on the marijuana growing game, the provincial government is pushing for more licensed pot-growers in Quebec.

Members of the Couillard government are expected to make the case to federal politicians for expedited licensed marijuana producer certifications granted to Quebec-based companies, reports JDM.

A licensed producer is a fully-approved marijuana grower. Licenses for legally growing marijuana (at a large scale/for commercial or medical purposes) are granted by Health Canada.

As it stands right now, there are only two licensed producers operating out of Quebec.

If the number of licensed producers doesn't increase, then Quebec will be forced to purchase a bulk of the province's cannabis supply from Ontario or other Canadian provinces.

50 companies are currently awaiting approval from Health Canada, but the process can be lengthy, as long as several years.

To ensure Quebec is ready to meet the marijuana-demand come legalization, and ensure the money stays in the province, the Couillard government wants to speed up the licensed producer process.

Bloc QuÃ©bÃ©cois and Parti Quebecois members are on board, with two MPs commenting that marijuana consumed in Quebec should be produced in Quebec.

Lucie Charlebois, Quebec's Public Health Minister largely in charge of the province's marijuana regulatory framework, said the province will offer support to local growers. As long as the growers meet Health Canada's criteria, the provincial government "will be happy to support them" said Charlebois.

Quebec's recently tabled marijuana legislation is quite strict. One major difference, compared to the federal government's nation-wide rules for marijuana, is that no individual person can grow marijuana at home.

If this stipulation remains in effect after legalization (and it's quite likely) then there may be an increased demand for commercially-sold marijuana in Quebec. No one will be able to grow it at home, so the future SociÃ©tÃ© quÃ©bÃ©coise du cannabis will be the only place to get it.

Hopefully, by putting some pressure on Health Canada, the provincial government will be able to increase the number of licensed producers in Quebec, so that no one is left wanting for weed next year. 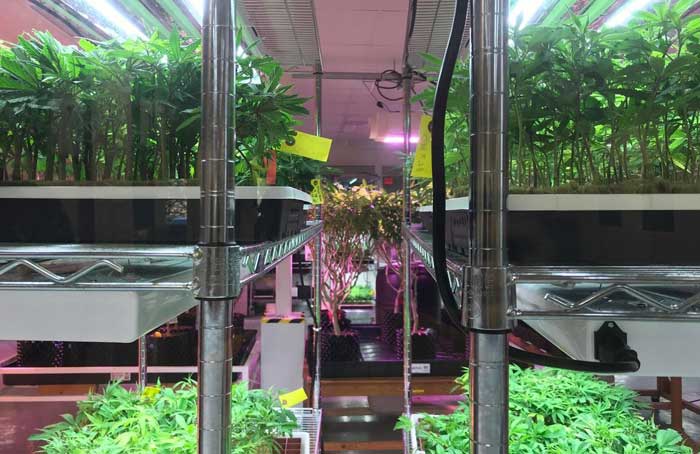