It has become so difficult for the U.S. Secret Service to find recruits that have never before experimented with marijuana that the agency's new director, Randolph Alles, has thrown his hands in air on the issue, announcing last week that he has relaxed the drug policy for potential new hires.

During a recent press briefing, Mr. Alles, who has been at the helm of the agency for less than three months, told reporters that it has become necessary for the Secret Service to be a little more lenient when it comes to dealing with job candidates that may have used marijuana at some point in the past.

It is for that reason that, as of last month, the agency's drug policy has been revamped to not immediately disqualify a candidate with a history of cannabis use. Instead, the Secret Service is now giving consideration to the length of time a person has refrained from using the herb when reviewing his or her application.

For example, applicants younger than 24 are only required to show they haven't used marijuana for a period of 12-months. Other candidates, 28-years or older, are expected to be pot-free for at least five years.

Although the agency will no longer discount candidates who admit to smoking a little weed, Alles said the agency would still maintain a strict interview process, which includes a polygraph and an extensive background check.

Now that marijuana has become legal in a growing number of states, and attitudes over the dangers associated with the substance have become more relaxed among the majority of civil society, it has become next to impossible for federal agencies, like the Secret Service, to track down qualified applicants that have not at least tried smoking weed.

If the previous drug policy were to continue, Alles said the agency would struggle to fill thousands of positions.

The agency's new drug policy is expected to facilitate in the placement of nearly 10,000 new employees over the next several years.

"We need more people. The mission has changed," Alles said, according to CNN. "It's more dynamic and way more dangerous than it has been in years past."

There is speculation that the Secret Service, whose only two jobs are to provide security for the president and his family and investigate financial crimes, is beefing up personnel in an attempt to deal with all of the anti-Trump cases that are expected to emerge over the next four years. It is the duty of the agency to investigate every threat made against the President of the United States, even if the supposed menace comes in the form of Photoshopped image posted by a D-list comedian. 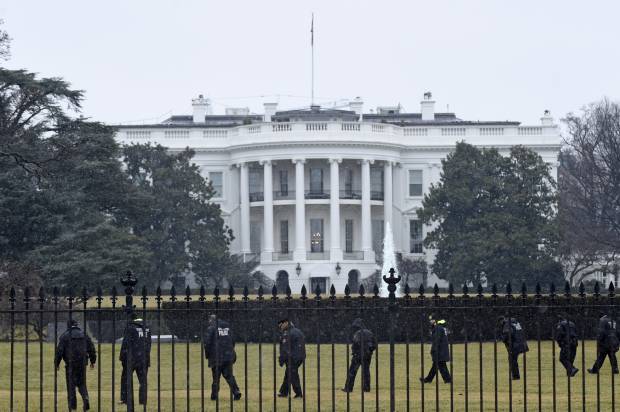