NEW RESEARCH FROM THE SALK INSTITUTE SHOWS THAT CERTAIN COMPOUNDS FOUND IN MARIJUANA COULD HELP SLOW THE ONSET OF ALZHEIMER'S DISEASE AND FIGHT TO ERADICATE IT.

This good news comes to us from the Salk Institute in San Diego, California, where scientists discovered that THC, among other active compounds found in marijuana, have a direct effect on amyloid beta proteins in lab-grown neurons. (Amyloid beta proteins are the leading factor of amyloid plaque, which cause the degeneration of neurons in the brain.)

The researchers replicated the plaque buildup on human neurons that they grew in a lab, then subjected them to various levels of psychoactive and non-psychoactive compounds found in marijuana.

They discovered something incredible: the THC compound didn't just break down the buildup of proteins on the neurons, it also drastically reduced the inflammation in the cells. When our brain cells are inflamed, the neurons can't communicate clearly with each other, causing confusion, dementia, and memory loss.

Professor David Schubert, the senior author of the study, made this statement in a press release: "Although other studies have offered evidence that cannabinoids might be neuroprotective against the symptoms of Alzheimer's, we believe our study is the first to demonstrate that cannabinoids affect both inflammation and amyloid beta accumulation in nerve cells."

So how does all of this really work?

RESEARCHERS BELIEVE THAT THE PLAQUE-CAUSING PROTEINS ARE BROKEN DOWN, AND INFLAMMATION IS REDUCED BY THC COMPOUNDS FOR ONE SIMPLE REASON- OUR BODY HAS ENDOCANNABINOIDS, AND THE THC FOUND IN CANNABIS ACTIVATES THOSE VERY SAME RECEPTORS.

"When we were able to identify the molecular basis of the inflammatory response to amyloid beta, it became clear that THC-like compounds that the nerve cells make themselves may be involved in protecting the cells from dying," says first author of the study, Antonio Currais.

Exercise also releases endocannabinoids, and can "boost neuroprotective effects against Alzheimer's and other neurodegenerative diseases like Parkinson's," reports Forbes.

It's important to note that this research has only been tested on lab-grown neurons, and not on human participants. The study's next step will be to include clinical trials in its findings.

While this certainly isn't definitive proof that marijuana can positively cure Alzheimer's disease, it does show promise. We are looking forward to what the Salk Institute reports in the future with their studies in this field. 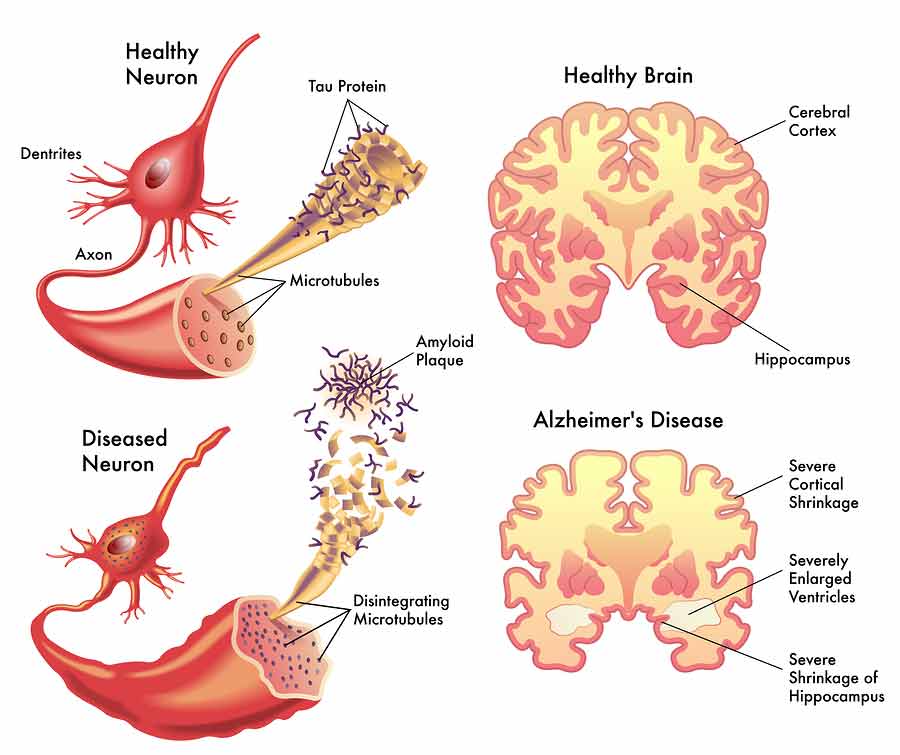