The Slow Burn Of Marijuana Legalization In Uruguay

Uruguay was the first country in Latin America to legalize the production and distribution of marijuana. The outgoing president, JosÃ© Mujica (2010-2015), spearheaded the highly controversial bill that the Uruguayan Congress eventually passed in December 2013, after more than a year of debate.

However, one year after the bill was signed into law, the bureaucratic process of phasing in regulations has stalled.

Newly elected President TabarÃ© VÃ¡zquez, Mujica's successor of the same political party, is not a legalization advocate. Earlier this week, VÃ¡zquez announced he has decided to postpone the plan to begin selling marijuana in pharmacies, a key element of the legislation.

In an interview with the PanAm Post, Diego Pieri, of the drug-policy reform NGO Proderechos, weighed in on the pros and cons of Law 19.172, and how it has been implemented by the government.

"The main virtue [of the legislation] is its comprehensiveness, covering everything from hemp for industrial, food, or medicinal purposes, to granting people access [to marijuana] in three principal ways: pharmacies, clubs, and home growing," said Pieri. For the time being, however, home growing is the only method the government has fully implemented.

Since November 2014, those who wish to cultivate up to six cannabis plants can request a permit from the national Cannabis Regulation and Control Institute (IRCCA). The prospective home-grower "registers at a post office, and in 30 days, he receives the authorization from IRCCA, and then he's licensed to legally grow [marijuana] at his home," explains Pieri.

At so-called cannabis clubs, members can receive up to 40 grams a month in exchange for a membership fee, but these associations must remain non-profit. He admits that setting up one of these clubs is "a little complicated and very bureaucratic," and says the limitation of 45 cannabis plants per club is one of the main problems.

But the "most important" means of getting the drug, through pharmacies, is still missing, says Pieri. "Around 80 percent of the legal marijuana could come from there," he estimates.

Mujica's administration began the process of awarding licenses to firms that will take on the task of growing "between one or two tons" of cannabis on state-owned land. There will be "between three and five companies" in charge of supplying a limited quantity to select pharmacies throughout Uruguay. The bidding process is almost over, explains Pieri, even though there was a delay in November 2014 over a disagreement on the consumer sale price, which is set by the government.

Only Uruguayan nationals or legal residents will be able to legally obtain the drug. Pieri acknowledged that this situation could create "a sort of gray market" at tourist destinations within the country. "People could request a permit ... to buy [marijuana] at pharmacies, only to resell it to tourists."

In order to access Uruguay's legal marijuana market, a license from the IRCCA is required. While Pieri says measures are in place to ensure the data collected by the IRCCA will be "confidential," he believes Uruguayans would be better off without the registry.

Biometric data, like fingerprints used to check a user's ID at a pharmacy, falls under the protection of Uruguayan law on sensitive information, but ultimately, tracking personal marijuana consumption "should be up to the users," says the activist. "Home growers generally do it for personal consumption, and do it responsibly," said Pieri.

"The problem with drug-trafficking and drug markets is prohibition," says Pieri. "There are people who still believe no one should be able to [legally] buy marijuana. We believe that is wrong, and that people have the right [to purchase marijuana]," he argues.

The Proderechos representative believes marijuana legalization is the first step toward a "regulated drug market." Pieri says other illegal substances are only used marginally and therefore do not pose an immediate problem for the country. In the long run, all drugs should be regulated like tobacco, he says, which is now "tightly controlled" by the Uruguayan government.

The legalization of drugs, beginning with marijuana, now seems inevitable in Lain America, as well as the rest of the world. The harm prohibition causes is plainly visible anywhere it is enforced. Pieri agrees: "Prohibition in Latin America [...] created severe problems in Colombia during the 1980s and 1990s, which have since then moved to Mexico."

The question now is whether legalization in other parts of the world will follow the bureaucratic Uruguayan model, or a freer path without as much state intervention. 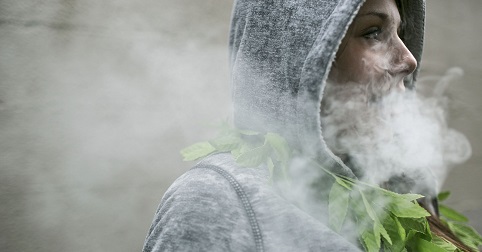 Aug 1, 2014
The General
T
J
1300 Uruguayans Now Grow Marijuana Legally For Their Own Use