Marijuana stocks could appropriately be described as the greatest thing since sliced bread for investors. With few exceptions, marijuana stocks have been trending decisively higher over the trailing-12-month period. In fact, of the one dozen largest pot stocks by market cap, the average marijuana stock is up well in excess of 100%.

It's not hard to see why cannabis investors are so excited, either. Both Gallup's 2016 survey and CBS News' April 2017 poll showed that a record number of respondents want to see weed legalized across the country. What's more, legal sales of marijuana have soared and are projected to keep flying in the years to come. Marijuana Business Daily's latest report, titled "Marijuana Business Factbook 2017," expects an aggregate of 300% growth in legal U.S. sales between 2016 and 2021, to approximately $17 billion.

An anomaly in the pot industry: profitable marijuana stocks

However, among marijuana stocks a very special group stands out: Canadian pot stocks. Publicly traded companies Canopy Growth Corp., Aphria, MedReleaf, and Aurora Cannabis are three names that have either been profitable on a full-year basis or have reported a profit in their most recent quarterly results. Profits and pot stocks haven't gone together at all, save for these four Canadian marijuana companies.

A big reason this quartet has been profitable is Canada's expansive medical-cannabis industry. Medical marijuana has been legal in Canada since 2001, and according to data in May from Health Canada, the number of eligible registered medical patients has been increasing by about 10% a month recently.

The rapid growth in medical-cannabis customers has encouraged all four of these giants to expand their production capacity. Canopy Growth has done so through acquisition, having completed its buyout of Mettrum Health earlier this year. Meanwhile, the remaining three are expanding predominantly on an organic basis. Aphria's expansion phase should boost its growth capacity to 1 million square feet, while Aurora Cannabis' project involves an 800,000-square-foot highly automated facility. Lastly, the newly public MedReleaf is in the midst of expanding its Bradford facility in Ontario.

In many respects, Canadian pot stocks have set the standard for investors with quick sales growth, generally falling all-in growth costs, and, as noted, profits.

However, there's also a sneaky way these Canadian marijuana stocks have been suppressing shareholder value that investors need to be aware of: bought-deal financing and stock offerings.

All four companies are well within reason to consider expanding their production capacity. In addition to rapid growth from medical-cannabis consumers, Canadian Prime Minister Justin Trudeau introduced legislation back in April that would potentially legalize recreational weed by as soon as July 1, 2018. According to the Canadian government, legalizing recreational pot would generate an additional $5 billion to $7 billion a year in marijuana sales. That's a massive opportunity for pot stocks, and clearly these major players want to have the grow capacity to handle a possible surge in demand.

But with none of these companies producing substantial amounts of cash flow, the only way to expand capacity on a grand scale is either to take on debt or offer common stock to raise capital. However, with marijuana still an illegal substance, getting a loan from a traditional financial institution has been tough to come by. This situation has left Canadian pot stocks with one simple solution: sell stock.

Based on available data from Morningstar, here's a quick roundup of the outstanding share-count growth from these Canadian marijuana stocks:

•Between 2014 and the third quarter of 2017, Aurora Cannabis takes the cake with an outstanding share count explosion from 16.2 million to 355.2 million.

MedReleaf was left off the list because it just went public less than three months ago. Therefore, its recent funding has come from its initial public offering.

As the share count-data shows, while existing shareholders in these companies have done well, they could have done so much better if they weren't being significantly diluted by the issuance of new shares primarily through bought-deal financing.

That isn't to say Canopy Growth, Aphria, and Aurora Cannabis aren't putting this capital to good use by expanding their grow capacity. Clearly, with medical-cannabis patient numbers growing by 10% a month, and recreational legalization on the table in Canada, there's a viable reason to boost capacity. What's more, a small handful of companies that include Aphria and Canopy Growth are also approved to export their product to countries that have legalized medical marijuana, such as Germany. Nevertheless, this constant cycle of bought-deal or common stock offerings is diluting long-term shareholders and constraining the upside for Canadian marijuana stocks.

While profitability has been a strong allure for investors with these names, I would strongly suggest waiting for the final word from Canada's parliament on recreational expansion before you consider taking the plunge into Canadian pot stocks. I'd also remind investors of the strong likelihood of continued near-term dilution in these companies with capital spending levels remaining high. 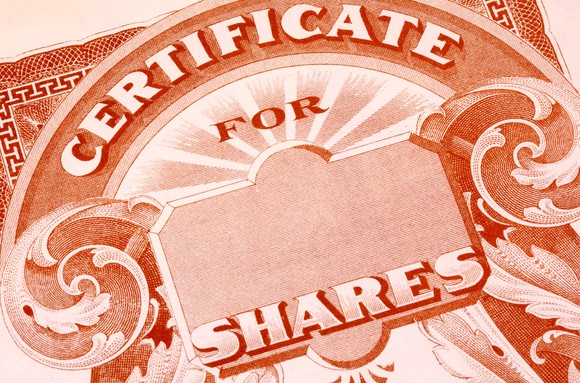